Utah gun maker tells Pakistan thanks, but no thanks (VIDEO) 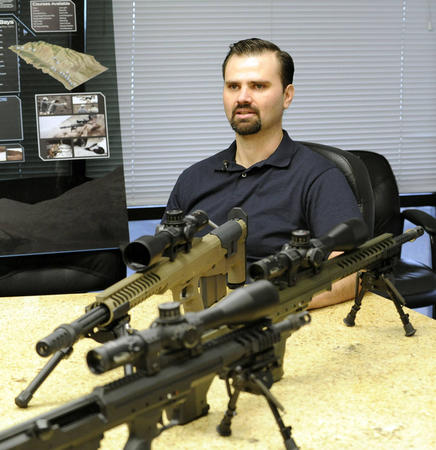 Desert Tactical, probably better known as DTA (formerly Desert Tech), is a Utah-based firm that has been making a name for itself over the past few years with its upper shelf rifle offerings. But as of last week, the company has been receiving high praise, not for its rifles, but for its principles.

Desert Tactical turned down a contract worth up to $10-million from the country of Pakistan for new rifles. The company, along with two other unnamed firms, were chosen as finalists in the as-yet unawarded contract.

“Our greatest fear was that our equipment might be used against U.S. troops,” Desert Tactical President Nick Young said on Facebook. “I started this company to protect Americans, not endanger them. … After much internal review, we elected not to sell to Pakistan.”

Utah Army National Guard Col. Randy Watt, a Special Forces officer with experience in the region told one news outlet, “Any arms sold to Pakistan, there’s a risk that those arms would end up being used against American service members.”

Pakistan, sharing borders both with Iran to the West and Afghanistan to the North, has long been suspected as being an unofficial source of weapons for non-nation rogue elements such as Al Qaeda.

“We don’t know that those guns would’ve went somewhere bad, but with the unrest we just ended up not feeling right about it,” Mike Davis, sales manager at Desert Tech, told KTXV-TV.

According to information maintained by an international arms control website, Pakistan is one of the largest importers of arms in the world with more than $12.5 billion in arms imports in the first decade of the 21st Century. No less than $5.4 billion of which came from U.S. companies.

In an ‘About Us’ mission statement from Nick Young, President of DTA, that is up on the company’s website, “Desert Tactical Arms was founded in May of 2007, the company was created to protect the freedom of the United States of America, our allies and people by providing the most compact, accurate, and reliable precision weapon systems in the world.”