The CCTV footage of two Italian assassins that missed their marks from nearly point-blank range in March 2012 has been released after a lengthy investigation.

Around 9:30 p.m. in Reggio Calabria, 40-year-old Antonino Pricoco and 29-year-old Giole Mangiola, opened fire on their intended victims, Filippo Nocera and Francesco Barreca. Though they were only feet away, the victims managed to escape unharmed, Daily Mail reports. 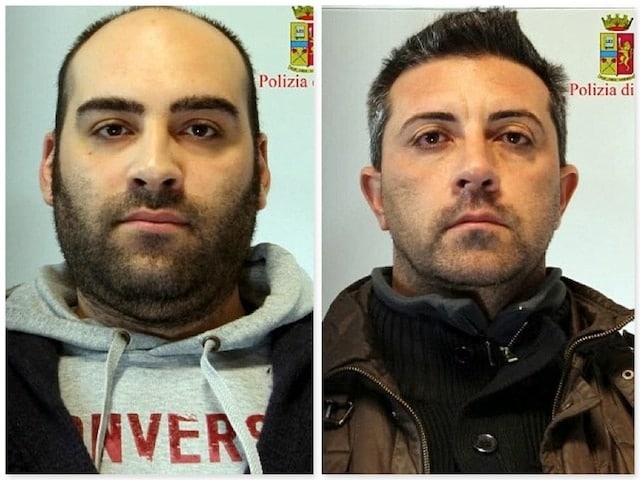 The gunmen approached on a motorcycle, pulling alongside the two businessmen before drawing their pistols and releasing a barrage of gunfire. The incident was over in a matter of seconds, but it took police nearly two years to find the suspects. 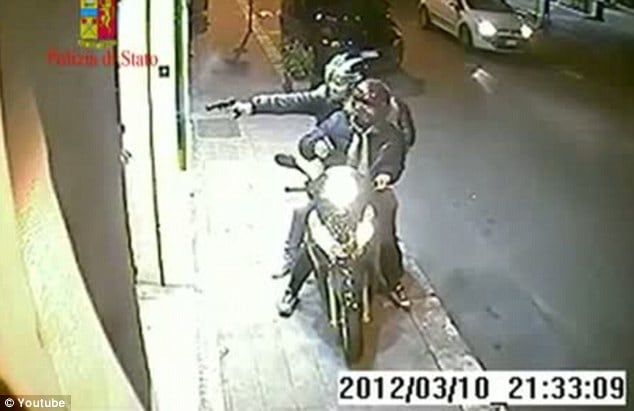 Though the intended victims were only several feet away, both assassins missed their marks.

“This was a difficult investigation because of the wall of silence that we had from the intended targets and their associates,” a police spokesman said. “The arrest were only made after the result of a long and complicated investigation involving telephone intercepts and the motive was finally uncovered, which led us to both men.”

The shooting occurred after the victims failed to pay the hitmen a 3,000 Euro outstanding debt for a motorcycle.