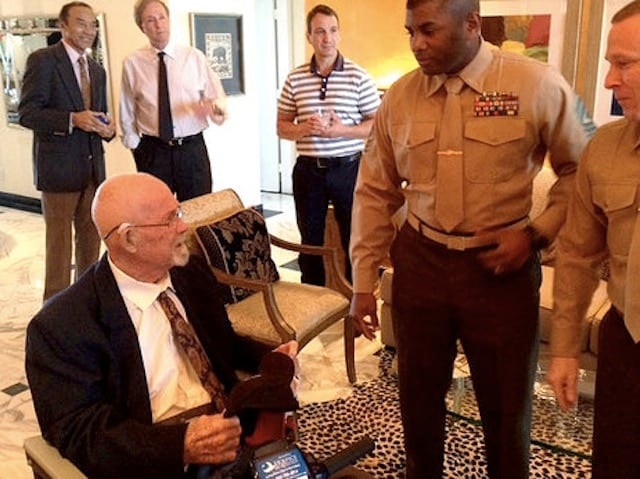 Hal Faulkner, who was “undesirably discharged” from the Marine Corps for being “homosexual” was presented with updated discharge papers by two fellow Marines.

A former Marine who has weeks left to live had his dying wish fulfilled by the United States Marine Corps.

Hal Faulkner, 79, has been diagnosed with terminal cancer and has already lived longer than expected. In 1956, after serving a tour in the Philippines, he received an “undesirable discharge” from the Marine Corps for being “homosexual.” This Marine’s dying wish was to have his discharge status changed to “honorable,” Public Radio reports.

Typically, changing a discharge status can take many months. But with the help of his family and the Corps, Faulkner was able to have his expedited in just two weeks.

Faulkner reflected on his military service as two Marines presented him with his updated papers.

“I didn’t think that maybe I would last through all the battles that we’ve had, but a Marine is always a Marine,” Faulkner said at the ceremony. “I don’t have much longer to live. I will always be a Marine. Thank you. Semper fi.”

The Marines responded with a heartfelt “Oorah.”