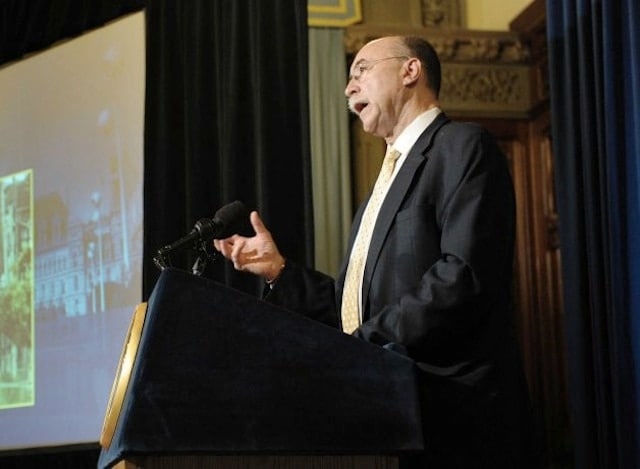 Commissioner of the Division of Homeland Security and Emergency Services Jerome M. Hauer used his Glock as a laser pointer during a presentation.

New York’s director of homeland security used his Glock as a laser pointer during an Albany-based presentation to a foreign delegation Oct. 24. The gesture left the audience — err — confused.

Jerome M. Hauer, commissioner of the Division of Homeland Security and Emergency Services, was inside a state building and in the middle of a two-hour briefing with the Swedish delegation when he removed his Glock 9mm from his holster and aimed it at a map of New York, Times Union reports. 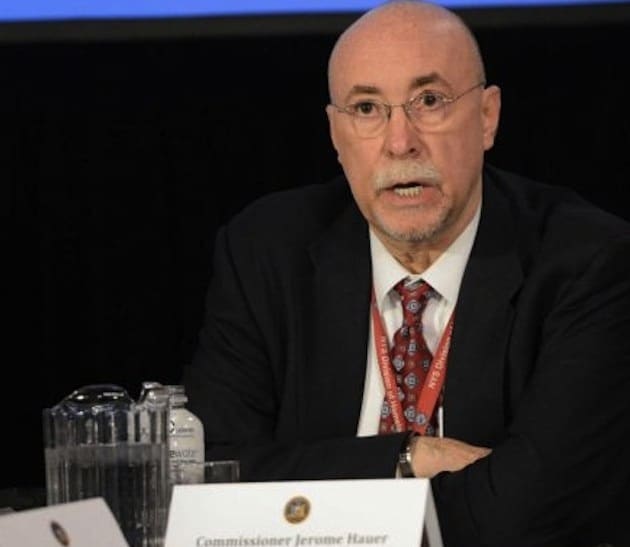 When directly asked if he the incident ever occurred, Hauer said, “You have bad sources.”

Hauer suffered a stroke over six years ago that has since left him with diminished mobility. According to one of the officials, Hauer covered one of the Swede’s heads with his beam before finding his mark on the map.

When asked if he had used his firearm as a laser pointer, Hauer said ,”You have bad sources.”

Communication Officer Peter Cutler said Hauer is legally permitted to carry a gun in Albany and New York, though he is uncertain about the legality of carrying in state buildings.