Smith & Wesson is steamrolling ahead with new product announcements this year and is adding a serious contender to the deep concealment market with the M&P Bodyguard 380. Chambered for .380 ACP this microcompact is a variant of the existing Bodyguard 380 with the Military & Police branding.

The capacity remains the same and the new pistol will ship with two six-round magazines, one flush-fitting and the other with an extended floorplate that provides a little extra purchase on the grip. Like the original Bodyguard, the M&P model has a small manual safety.

The M&P 380 also has a redesigned slide to match the full-size and Shield M&P pistols. It’s mostly an aesthetic change that uses scallop slide serrations, but the nose of the M&P model is also contoured differently to match the new frame. It’s possible that the slide dimensions are slightly different as the laser-less model actually weighs more than the original model, but only by a fraction of an ounce.

Otherwise there could be internal changes to the design that explain the weight discrepancy, such as a switch to a heavier recoil assembly. 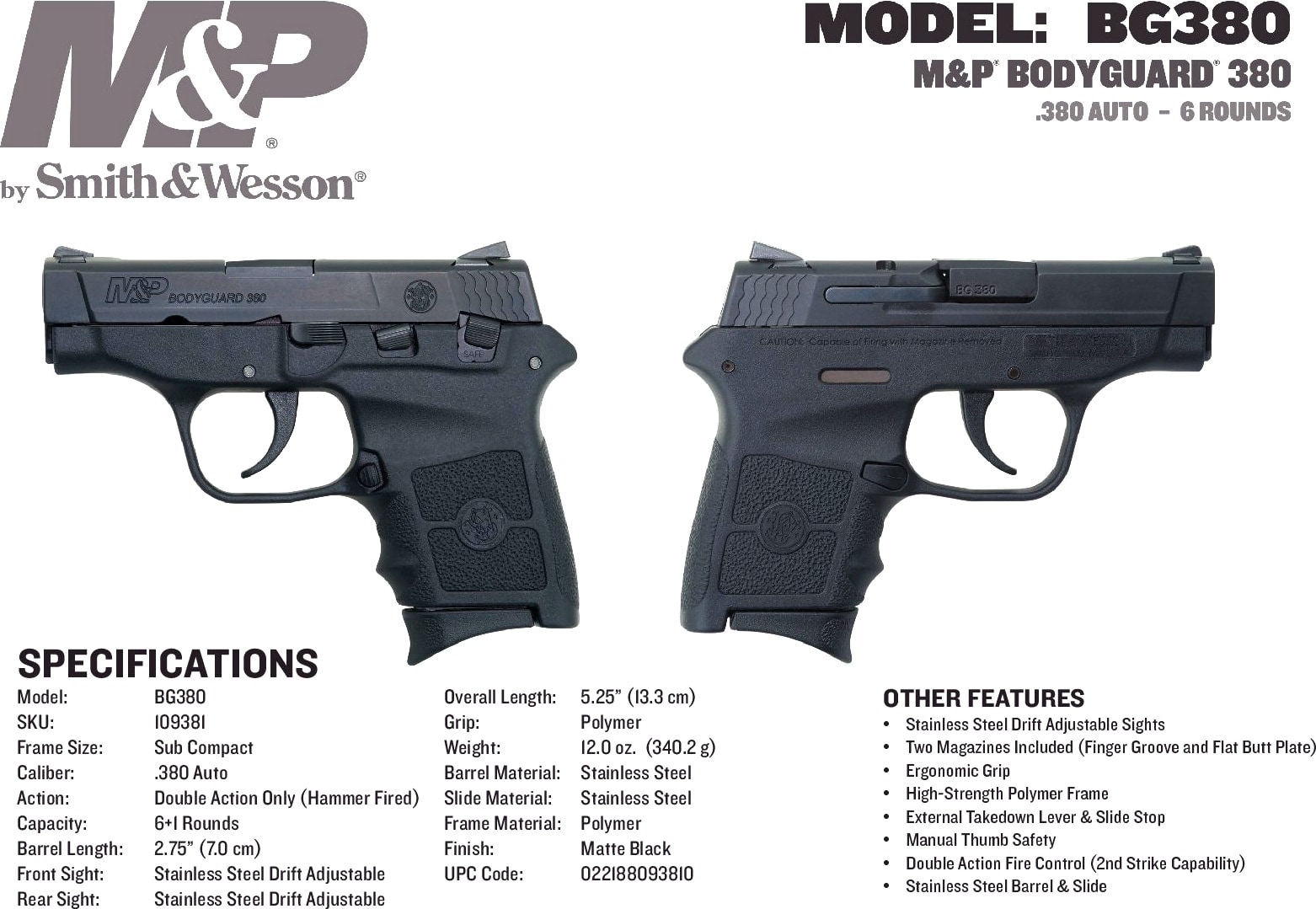 In any case it looks like the M&P Bodyguard 380 should be compatible with existing magazines, accessories, aftermarket parts, and possibly even holsters although it’s clear that they will have a little extra room up front. Still, it won’t take long for M&P-specific holsters hit the market. This is going to be a popular pistol.

Bodyguard fans have been asking for a model without the laser sight since the handgun was launched. Now, right on the heels of the Glock 42’s announcement, people will get this as another option. The Glock 42 is also a 6+1 single-stack subcompact .380 that’s new for 2014.

Back of the napkin math and the Bodyguard is smaller than the new Glock by about a third and weighs almost two ounces less at just 12 ounces unloaded. While the price of the Glock 42 hasn’t been announced, it’s unlikely that the Bodyguard will cost as much.

All that being said, the Bodyguard is a solid new offering from Smith & Wesson. It is a proven design that is owned and trusted by many just without a feature that many people won’t miss.

If you’re in the market for a .380 pocket pistol for deep concealment or backup but dismissed the original Bodyguard because of its integrated laser sight, put the M&P Bodyguard 380 on your list. It might be your next mousegun.