Walther bringing back the PPQ M1 for 2014 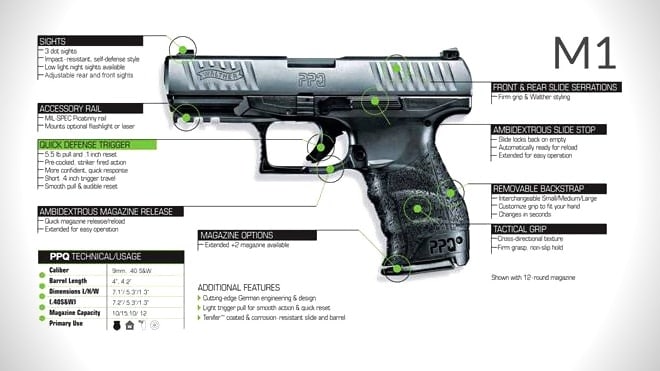 While it’s not listed on the PPQ product page, Walther has announced a return of the PPQ M1 through Facebook. It’s not clear yet if the gun is here to stay or of this is a limited run but we’ll find out soon. In any case this is good news for people looking for a truly ambidextrous pistol or just a new-manufacture version of the original PPQ.

“We have shipped PPQ M1 ‘classics’ with the lever release to select distributors,” reads the statement. “Order yours through your retailer with Walther SKU number 2795400, then your dealer can order from their distributor.”

At SHOT Show 2013 Walther announced a new model of PPQ, the M2, which was identical to the original model in ever respect save for one detail. The original PPQ uses a German-style paddle magazine release where the updated model has a more common American-style push button.

The change was made to better suit the demands of the American market. But while both are located where the trigger guard meets the frame, the paddle release has one advantage over the button release: it is fully-ambidextrous and can be activated on either side of the pistol.

The button release can be switched from side to side to suit both right-handed and left-handed shooters but there are very few truly ambidextrous handguns on the market, and Walther discontinued one of them, at least temporarily, following the launch of the PPQ M2. 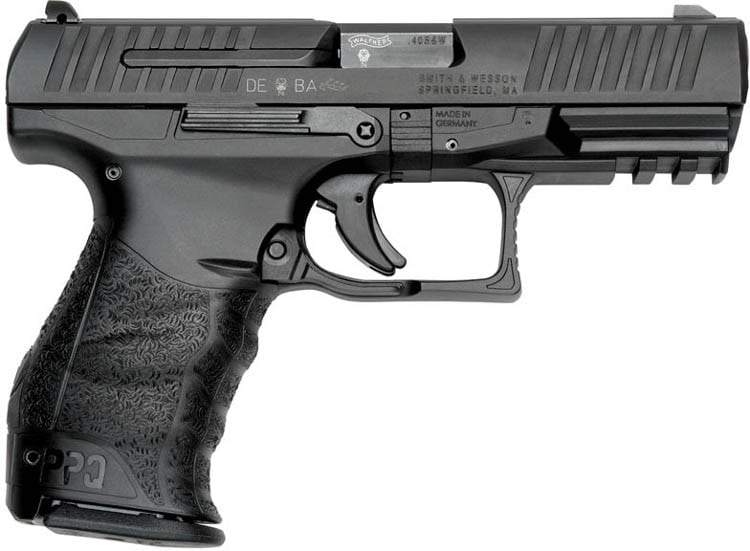 This was clearly a disappointment for all the traditionalists who came to love the now-“classic” model even though it’s only been on the market for a short while. Whether they’re used by lefties, righties shooting off-hand or multiple shooters of different handedness, the demand for paddle releases remains strong.

Also, the PPQ M1 is the most approachable handgun with a paddle magazine release. While Heckler & Koch offers several pistols with ambidextrous paddle releases, they also have higher price tags that make them less appealing to a lot of shooters.

All of the original M1 features remain intact with this new batch.

The PPQ M1 is a striker-fired polymer-framed service pistol based on the P99 series by Walther. Along with the fully-ambidextrous controls, the mag release, the passive trigger safety and the extended slide release, the PPQ has a redesigned “quick defense trigger” that has received universal praise.

The trigger has a complete pull of .4 inches and an even shorter reset. Additionally Walther designed the reset to be positive and very audible. The PPQ is very easy to shoot fast.

Otherwise the PPQ is a solid, completely-modern service pistol. It has a long sight radius and has interchangeable sights with night sights available as an option. The slide is serrated front and back for press checking and to assist with unconventional charging methods and sports an extremely long, over-sized ejector for enhanced reliability.

It has an organic, richly-textured and almost stippled grip that is shaped with a contour that matches the hand and it has interchangeable backstraps to suit all hand sizes. The grip of the PPQ is one of its strongest selling points.

Chambered in 9mm or .40 S&W, the PPQ is equally suited for self-defense and competition shooting as it is law enforcement. In 9mm the PPQ has a 15+1 capacity and 12+1 in .40 S&W, with extended +2 and 10-round magazines available as well.

Generally priced between $500 and $600 the PPQ — M1 or M2 — is a solid handgun on all fronts. In its short history it has easily proven to contend with even the most established brands on the market. If you’ve lamented the loss of the affordable paddle release option start calling around today for the re-released PPQ M1.