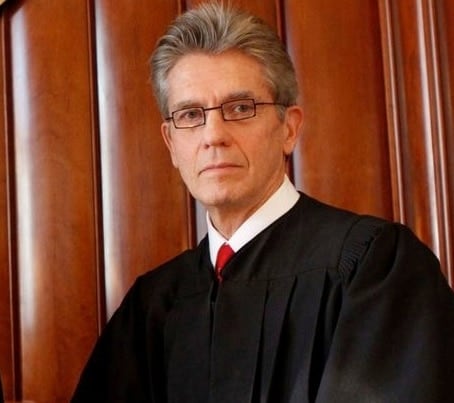 At the heart of the debate over banning certain semiautomatic firearms deemed to be ‘assault weapons’ is the question as to whether their customizable features, e.g. pistol grip, barrel shroud, telescoping stock, etc., actually make them more lethal.

The standard response from gun owners has been a resounding “no.” We typically claim that these features do not modify the basic semiautomatic functionality of the firearm or the velocity of the round and therefore do nothing to enhance the killing power of the weapon.

However, at the same time, we will also argue that these customizable features have the capacity to improve the accuracy of the shooter, the comfort and ease in which the shooter deploys the weapon, in turn, increasing the guns overall suitability for self-defense purposes.

In doing so, we raise a rather obvious contradiction, how can a firearm at once be easier for the shooter to use and not more lethal?

This is precisely what Chief U.S. District Judge William M. Skretny pointed out in his recent decision upholding the expanded ban on so-called ‘assault weapons’ under the New York SAFE Act, the first sweeping gun control law passed in the wake of the mass shooting at Sandy Hook Elementary in Newtown, Connecticut.

Here is just some of what he wrote in the decision:

Plaintiffs contend that many of the outlawed features do not make firearms more lethal; instead, according to Plaintiffs, several of the outlawed features simply make the firearm easier to use. For instance, they argue that a telescoping stock, which allows the user to adjust the length of the stock, does not make a weapon more dangerous, but instead, like finding the right size shoe, simply allows the shooter to rest the weapon on his or her shoulder properly and comfortably…

But Plaintiffs later argue that the banned features increase the utility for self-defense — which is just another way of saying that the features increase their lethality. Plaintiffs make this explicit: “Where it is necessary for a crime victim to shoot the aggressor, and lethal or incapacitating injury will stop him, the lethality of the defender’s firearm is a precondition to her ability end the criminal attack.

There thus can be no serious dispute that the very features that increase a weapon’s utility for self-defense also increase its dangerousness to the public at large.

The judge is right, at least in part.

In theory, a semiautomatic rifle with a pistol grip, a forward grip, a telescoping stock is easier for a person to stabilize and therefore use. But put more fundamentally, the more a person can customize a firearm to fit his/her shooting style, body type and skill set, the more potential there is to improve accuracy. And it goes without saying, increased accuracy is increased lethality.

(Note an obvious distinction I’m making, it’s the shooter that becomes more lethal and not the weapon. The firearm is just an inanimate object, a tool really, incapable of acting independent of a relatively competent and sentient human being).

Gun owners should not shy away from this premise, meaning we should acknowledge that these features have the potential to marginally improve the way in which one shoots a weapon. I say “marginally” because the extent to which these features have an impact is almost impossible to measure or quantify. Nevertheless, it’s untenable to suggest that they do not have the potential to improve one’s performance.

Now, where I vehemently disagree with the judge is his contention that by allowing citizens to customize their firearms we are increasing their danger to the public at large.

No, what we are doing is giving the public at large the means to become maximally lethal against robbers, rapists and murderers. To put it another way, allowing responsible citizens to customize their firearms does not jeopardize public safety, on the contrary, it strengthens it.

I can confidently make this argument for two reasons (a) modern sporting rifles are commonly owned by law-abiding gun owners and are rarely used to commit crimes and (b) overall, firearms are much more likely to be used in a defensive manner by a law-abiding citizen than they are to be used by a criminal for a violent activity.

To take my first point, Judge Skretny conceded in his ruling that “the weapons at issue commonly used for lawful purposes.” In other words, the vast majority of these weapons are typically possessed by law-abiding gun owners who use them responsibly, i.e. as a preferred firearm for self-defense within the home.

Looking at it from a different perspective, criminals rarely use so-called ‘assault weapons’ in the commission of a crime. To be more precise and according to FBI statistics, less than 4 percent of murder victims are killed with rifles of any make or model. Considering that these weapons represent a subset of that rifle category, it becomes even more apparent how infrequently they are used by the criminal element.

To iterate, overwhelmingly these weapons are in the possession of good guys, and bad guys rarely use them to carryout their nefarious deeds.

The other point to be made is that, generally speaking, firearms are used by good guys more than they are used by bad guys.

“Defensive uses of guns by crime victims is a common occurrence, although the exact number remains disputed,” reads a 2013 Centers for Disease Control and Prevention study on gun violence.

“Almost all national survey estimates indicate that defensive gun uses by victims are at least as common as offensive uses by criminals, with estimates of annual uses ranging from about 500,000 to more than 3 million per year, in the context of about 300,000 violent crimes involving firearms in 2008,” it continues.

So, if firearms are used by good guys more frequently than bad guys, why not ensure that the good guys have the best firearms at their disposal or at least the capacity to customize a firearm so that it suits their self-defense needs.

While one pauses to consider those statistics and that line of reasoning, perhaps it’s best to place all of this in a real world situation.

Suppose your lying in bed. It’s late. It’s dark out. You’re half asleep. Suddenly, you hear a window break downstairs. Your alarm goes off. Soon it becomes apparent that there’s at least one intruder in your home. Then you realize by the commotion that there are at least two intruders in your home.

These intruders have the advantage. They’ve caught you off guard. They also have another advantage: as professional burglars, they don’t follow the laws. They may be carrying any number of weapons with them.

While it’s unlikely (as the statistics show above), maybe one of them has a firearm that’s banned by the SAFE Act. An ‘assault weapon.’ Now, in addition to being outmanned, you’re also outgunned, as you’re rifle has a 10-round magazine, but under the law you’re only allowed to load seven rounds in it. There’s a clear disparity of force.

You phone the police. You tell them about your situation. They tell you they’ll be there in 8 minutes. Pretty fast, but not fast enough. You hear the armed men as they make their way up the staircase. You realize that there’s going to be a confrontation.

In this situation, would you prefer your customized AR-15 with a 30-round magazine loaded to full capacity or a traditional hunting rifle loaded with seven rounds?

I know which weapon I’d prefer.

The above scenario is unlikely, but it’s not that uncommon. Just last week a man was the victim of a home invasion from multiple, armed individuals. Instead of using a handgun, the homeowner used an AK-47 to stave off his attackers. He killed one and sent the other two running for their lives. Would he have been as effective with another firearm, it’s tough to say. Maybe, maybe not.

What we can be sure of is that the government shouldn’t be in the business of telling you how to defend your home. We have a Second Amendment that tells us pretty clearly that the right of the people to keep and bear arms shall not be infringed. Moreover, we have a Supreme Court decision (D.C. v. Heller) that further explains that that right is an individual right and applies to commonly owned firearms that are used for traditionally lawful purposes, like self-defense within the home.

Customizing your rifle to improve your ability to use it in a self-defense situation should not be something gun owners are reluctant to admit. We have a right to use the most effective tools (in common use) to defend ourselves, our families and our property. Yes, to put it candidly, we have a right to maximize our lethality in the face of evil. Criminals and crazed gunmen are always going to have an upper hand, time to plan an assault, the element of surprise, access to any firearm or weapon they desire via the black market, etc., we should at least be able to meet force with force to level the playing field.