The 61,700-pound, six-wheeled battle wagon is a rolling fortress and is meant to give the SWAT team protection during high-risk situations. Though it’s worth nearly $700,000, the Fort Pierce PD purchased the like-new vehicle from the Department of Defense for only $2,000, New York Daily News reports.

“If you see my SWAT team roll up in this, it’s over, so just give up,” said Police Chief Sam Baldwin.

While Baldwin is willing to deploy his new MRAP if necessary, he hopes it just stays parked at the department.

The 1997 National Defense Authorization Act allows surplus military equipment to be sold to U.S. law enforcement entities, typically for a reduced price. To date, more than $4.2 billion worth of gear has been transferred. 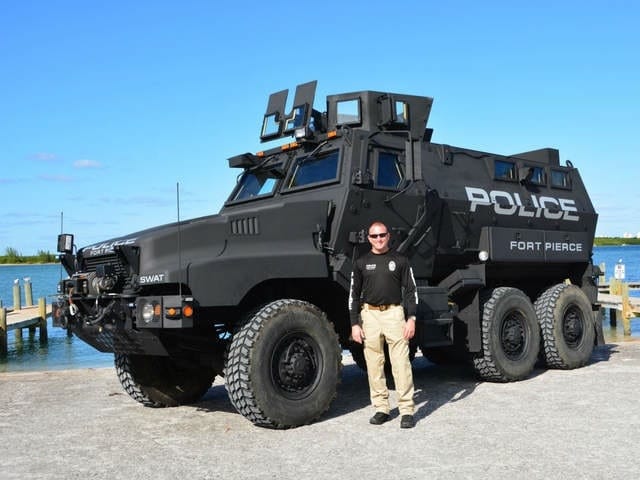 The six-wheeled battle wagon weighs in at a whopping 61,700 pounds. 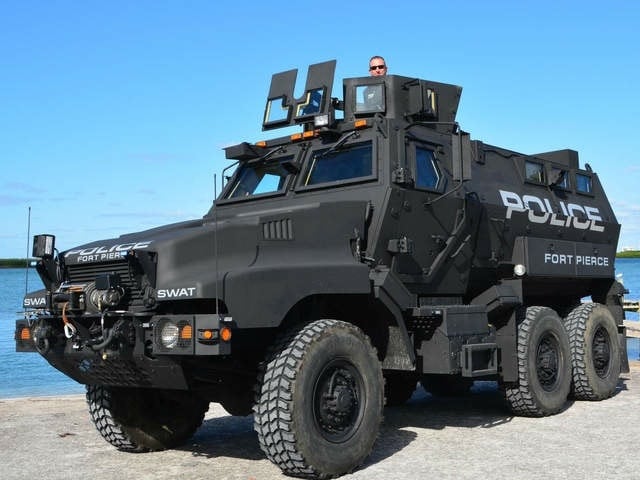 The MRAP is a fortress on wheels and can be used as a mobile command center. 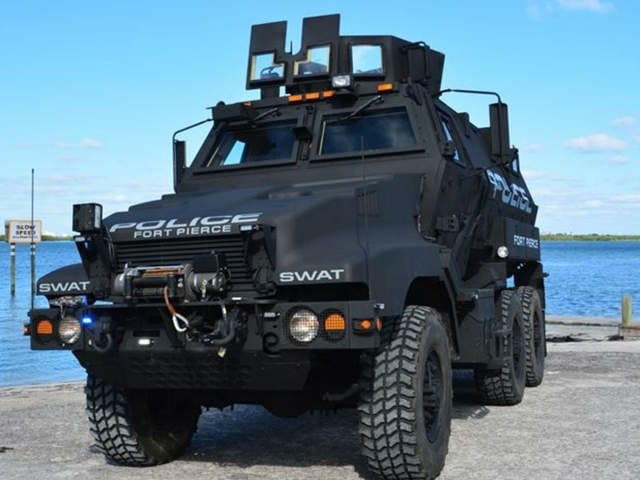 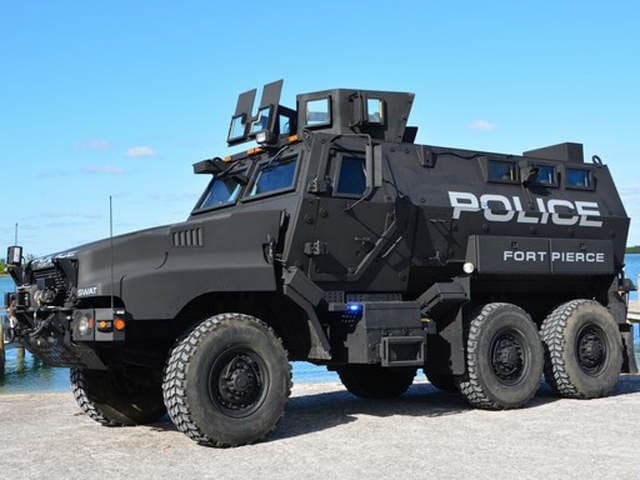 The mine-resistant vehicle is meant to give the SWAT team adequate protection during high-risk situations. 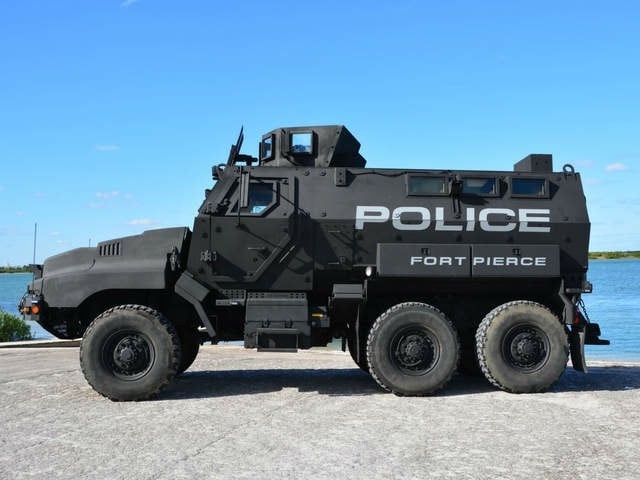 Police Chief Sam Baldwin said, “If you see my SWAT team roll up in this… just give up.”