A pistol that was retrieved from the body of the infamous Depression-era outlaw Bonnie Parker just hours after she was shot to death is set to be auctioned on Jan. 25 in Knoxville. 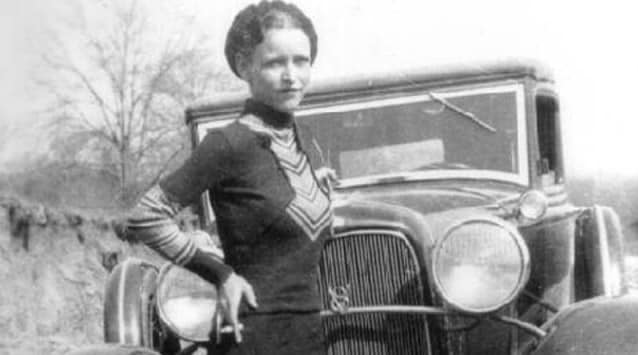 The Colt M1902 was discovered hidden inside the folds of Bonnie’s skirt by an embalmer as he prepared her body at the funeral home.

On May 23, 1934, Bonnie and Clyde’s reign of infamy came to a dramatic close when they were both shot to death during an ambush by law enforcement officers in Bienville Parish, Louisiana. Bonnie’s lifeless body was transported to the Conger Funeral Home in Arcadia to be embalmed, and that’s when her .38-caliber Colt Model 1902 was discovered hidden in the folds of her dress. Nearly 80 years later, the rich-in-history firearm is expected to fetch upwards of $175,000 at auction, according to Case Antiques.

The Colt M1902 has a 6-inch barrel, hard rubber grips with molded checkering and weighs in at 2 pounds, 3 ounces. It comes with six original bullets, a seven-round magazine, various photos of Bonnie and Clyde’s bodies taken at the funeral home, and a great many letters of authenticity.

According to John Case, president of Case Antiques, Auctions & Appraisals, Bonnie’s Colt stands out as an exciting piece. 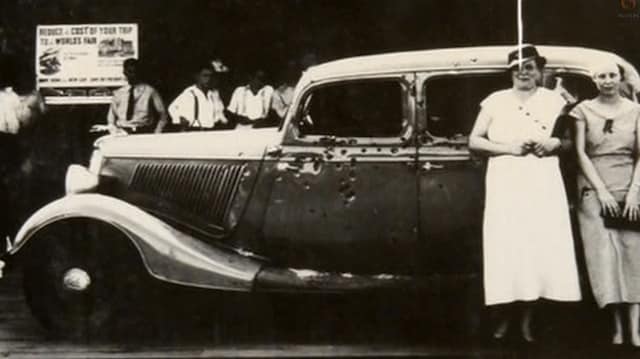 Bonnie and Clyde were both fatally shot during an ambush by police officers. Their car was riddled with bullet holes.

“I don’t know that it gets any better than this,” Case said. “I am not aware of a more documented item from that time period.”

Last September, Guns.com reported on another auction from the crime-duo. At the time of Bonnie’s death, a Colt Detective Special chambered in .38 Special was discovered taped to the inside of her thigh. Bonnie’s revolver, along with Clyde’s .45-caliber Colt M1911 Government Model were auctioned for $264,000 and $240,000, respectively, according to CNN. 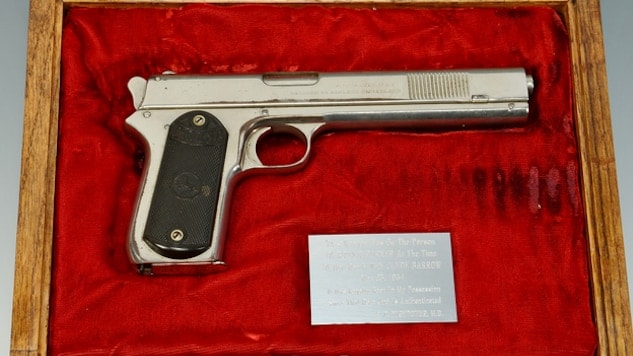 Bonnie Parker’s Colt M1902 is set to be auctioned later this month and is expected to fetch nearly $200,000. 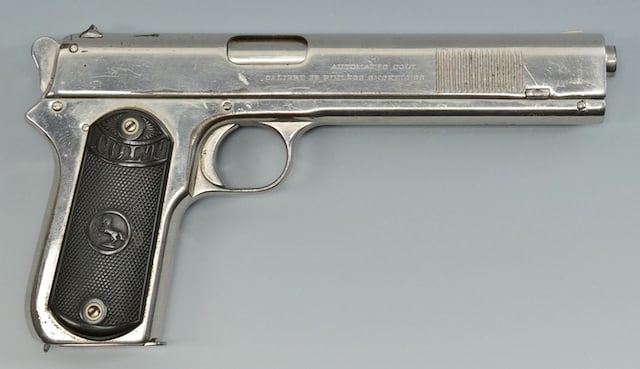 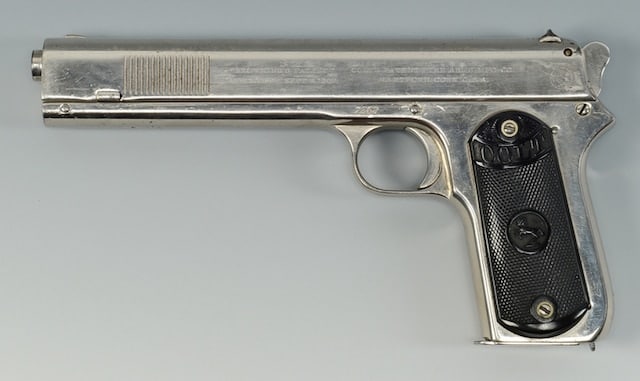 The original rubber grips are stamped with “Colt.” 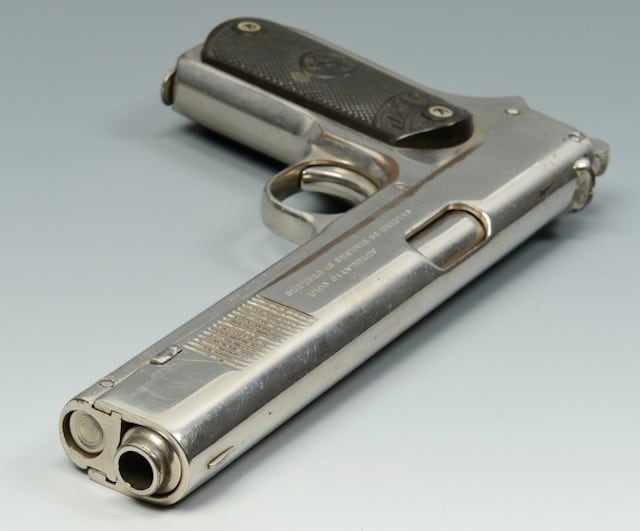 There is no evidence that the gun was disassembled and cleaned after the fatal shootout, but the chamber was declared to be clear. 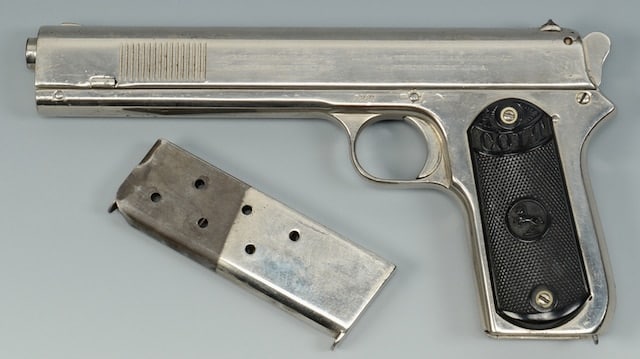 The seven-round magazine comes with the firearm.

This historic pistol is said to be one of the most well-documented firearms from the Depression-era.

According to Case Antiques, the nickel finish is in good condition.

six bullets were found in the magazine.

The .38-caliber rounds also come with the firearm. 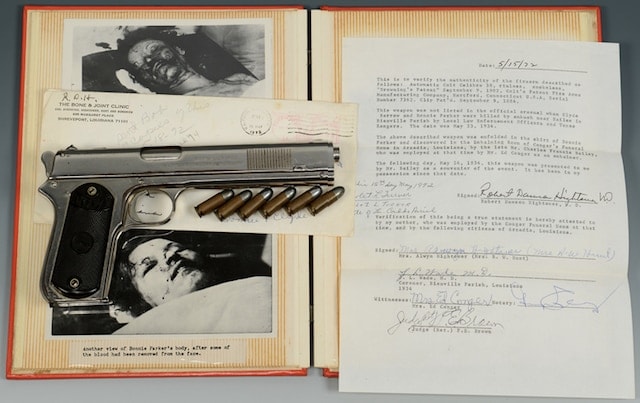 Extensive documentation is provided to establish the Colt’s legitimacy.