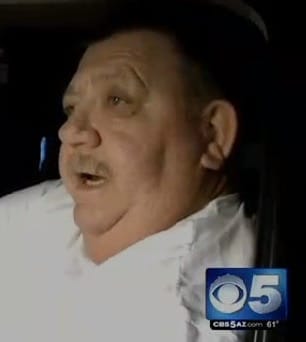 An Arizona man who shot at two shoplifting suspects this past Friday may face felony charges for unlawful discharge, according to local news affiliate KPHO.

Mervin Brewer, a former Marine, was sitting in his vehicle outside a Sears store at the Arrowhead Town Center in Glendale, Arizona, waiting for his wife to finish shopping when he noticed a commotion near the entrance.

One of the store’s security guards or loss prevention officers was confronting a husband and wife, later identified as 33-year-old Shaashana Hough and 35-year-old Michael Hough, who were suspected of stealing a DeWalt 18-volt cordless drill.

Brewer noticed that one of the suspects, Shaashana, was brandishing a firearm. He also noticed that at that very moment his 64-year-old wife was exiting the store.

Fearing that her life was in danger, Brewer got out of his vehicle armed with his handgun. He fired four shots in the direction of the shoplifters.

Under fire, Shaashana dropped her gun and, along with Michael, fled the scene on a motorcycle. They were eventually nabbed by police on Saturday night.

Police discovered that the firearm Shaashana was toting was actually a toy gun with the orange tip painted black. She told the authorities that the two needed the faux firearm for protection on the streets. She also claimed that they were stealing the power tool so that they could sell it for food.

Meanwhile, Brewer, who one might consider to be the hero in this case, might face felony charges for unlawful discharge. While no one was injured as a result of his actions, there was property damage.

A 911 caller reported that her car, which was parked in the vicinity, had a bullet hole in it. Another 911 caller told dispatchers, “I am not injured but the bullet went right by my head.”

Given the circumstances of the case, it is the opinion of the Glendale police detectives that Brewer should face one charge of unlawful discharge of a firearm.

However, the decision on whether the charge against Brewer moves forward will be decided by the Maricopa County Attorney’s Office, which will review the case.