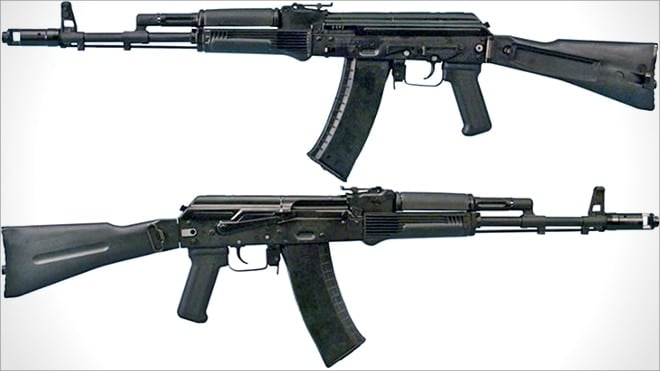 None other than Arsenal, Inc. is announcing the SLR-104FR chambered for 5.45x39mm ammo. This is the closest thing you can get to a factory AK-74M here in the states and knowing that it’s Arsenal, the rifle is made to the highest quality.

Arsenal combines Bulgarian parts, including barrels built on Steyr machinery — considered by many to be some of the best, if not the best AK parts in the world — with quality American-made parts to comply with import restrictions, to make some of the most sought-after AK-pattern rifles in the U.S.

The SLR-104FR is the first 5.45x39mm from Arsenal to feature a left-side folding stock, perfectly following the lines of the 1991 Russian AK-74M. It is built on a standard stamped receiver.

Naturally one of the biggest selling points of the SLR-104FR is that it uses the 5.45x39mm cartridge; even now as ammunition is expensive and hard to find large caches of 5.45x39mm can be had at relatively low prices.

The combo of the SLR-104FR and 5.45x39mm means a high-end shooter and inexpensive ammo; what’s not to love?

The SLR-104FR is a mil-spec rifle like all Arsenal guns, with a deep finish and traditional furniture. The polymer furniture is also mil-spec and the rifle comes with the full set of accessories including a sling, oil bottle, cleaning rod and kit. The barrel is hammer-forged and both the barrel and gas tube are chrome-lined. The barrel, measuring it at 16.25-inches, is fit with a standard military front sight with a 24×1.5mm right-hand threaded extension and removable combination flash hider/muzzle brake.

Arsenal also includes one 30-round Bulgarian Circle-10 magazine with each rifle. Circle-10 mags are the gold standard for AK magazines. 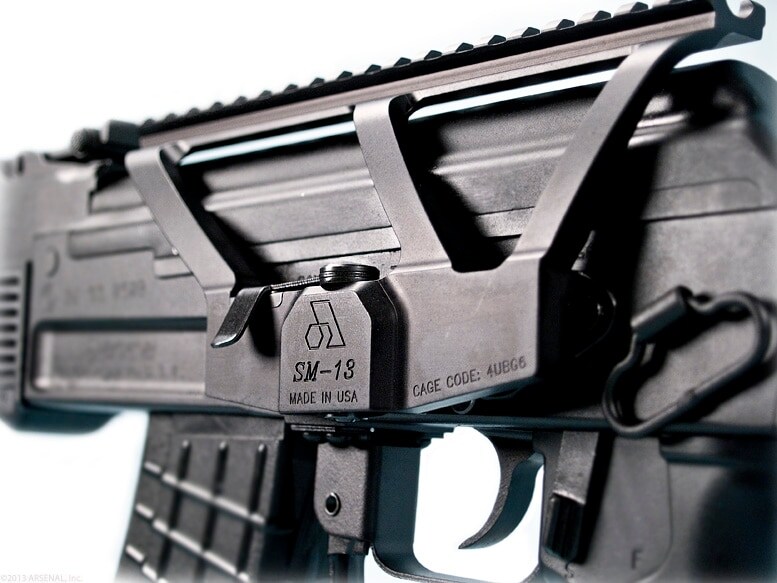 The folding buttstock uses a standard 4.5mm pin and can swapped out for any other 4.5mm stocks and the rifle has a standard AK side rail for mounting optics and rails, including Arsenal’s new SM-13 ultra-low-profile over-bore Picatinny rail. The rail was designed as part of a military contract and now that the order has been filled Arsenal is offering it on the commercial market.

Finally, each SLR-104FR 5.45×39 rifle comes with an in-house designed two-stage trigger. The trigger is guaranteed to eliminate trigger slap associated with some standard AK triggers while promoting better accuracy and shootability.

The SLR-104FR has a suggested retail price of $1,099, which is low by Arsenal standards. This, combined with the cost of ammo, is a great all-around deal.

If you’re looking to add a great military rifle to the stable but are worried about the increased costs of shooting you definitely want to check out the SLR-104FR. More details can be found at the Arsenal product page.