A French hunter got pwned by a charging boar.

With a shouldered rifle, a French hunter stares down a wild boar as it charges towards him at breakneck speeds. Before he can get a shot off, the boar gets the upper hand, according to the video posted to LiveLeak.

The hunter is knocked to the ground as he looses an errant round. The boar charges again before retreating, but the Frenchman quickly stands to his feet and eventually gets the better of the wild animal.

On a side note, while many may think of soccer (football?) when they envision France, hunting is the country’s close “second sport.” So much so, in fact, that among all European countries, France is home to the most hunters, Public Radio reports. 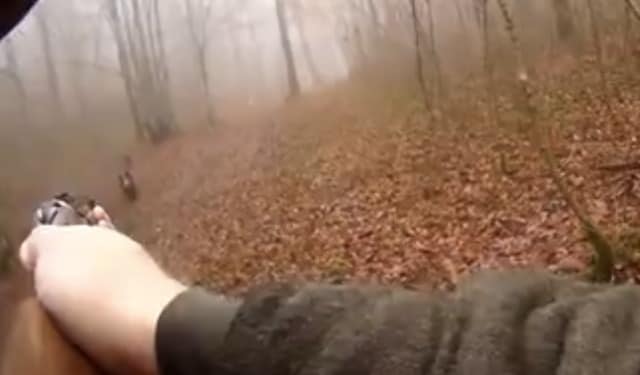 The French hunter was knocked down by the charging boar, but he quickly regained his footing and fired a fatal shot.