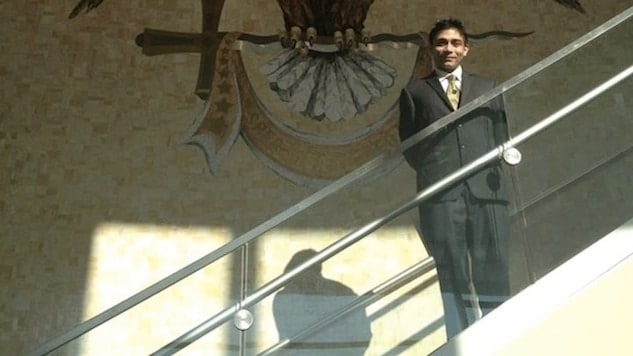 Perez said Chicago police sodomized him with their gun in order to elicit cooperation with a drug sting.

One man says Chicago police officers beat and sodomized him with their gun in October 2012 to elicit his cooperation with a drug sting, Vice reports.

Angel Perez, a 32-year-old aspiring documentary film producer, alleged he was subjected to inhumane treatment at the hands of Chicago police officers. He filed a lawsuit against his attackers, but when little came of it, he recently stepped forward to speak publicly about his abuse for the first time.

“I can’t have this happen to someone else if I can stop it,” Perez told Vice in an exclusive interview. “Money is not justice … I want these guys to be off the job, charged for what they did, and given jail time.”

On Oct. 20, 2012, Perez says two plainclothes police officers, one named Jorge Lopez, arrested and interrogated him at the police station about “Dwayne,” a contact in his phone who he says was his pot dealer.

Perez refused to give out any information and was later released, but the officers threatened to continually harass him until he cooperated.

The next day, Perez was again picked up by Lopez and brought back to the station. The officers still needed his help to bust Dwayne, and this time, he says, they handcuffed him to a wall, shackled his legs, and sodomized him with what he believes was one of the officer’s service revolvers. Broken, Perez called Dwayne and bought heroine from him.

Perez says he suffers from PTSD since the incident and was too scared to leave his house for an extended period of time.

“Tony,” a retired 35-year veteran of the Chicago Police Department who wishes to remain anonymous, stands in Perez’ corner and fights on his behalf.

“I’m afraid for Angel,” said Tony. “I cannot live in a society where these guys are still on the streets.”