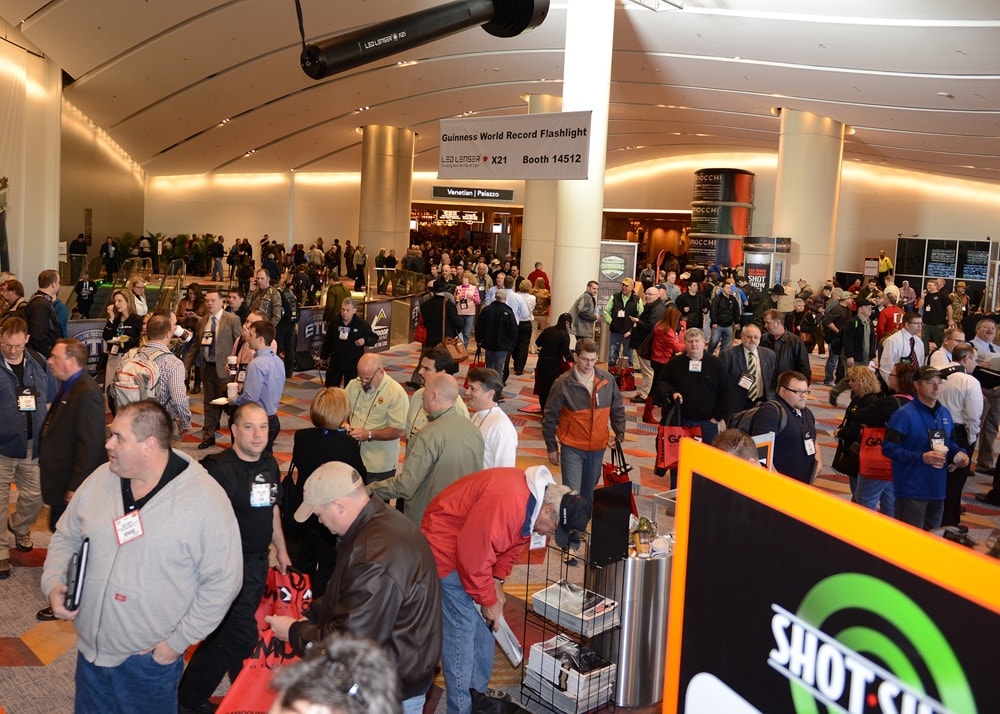 The show sets the stage for the rest of the year for the gun world, as companies officially announce new products, retailers order inventory, distributors connect retailers with manufacturers, and law enforcement and military order supplies.

Even though the show will represent what it has always stood for, i.e. new products and a replenishment of supplies to an industry, this year will be starkly different from last. In 2013, gun makers seemingly postponed introduction of new products following the tragic shooting at Sandy Hook Elementary School where a lone gunman used an AR-15 to gun down 20 children and six educators. The act disturbed the nation, renewed the debate on “assault weapons”, and expanded the gun debate to include how to prevent school shootings.

On top of the tragic event, fear of political action was reaffirmed. The show’s tone turned somber as President Obama introduced his 23 Executive Actions to reduce gun violence, which are mostly aimed at adding stricter gun laws, the first day of the expo. But throughout 2013, the gun industry and culture came out on top in the debate as they encouraged lawmakers to vote down key measures such as the implementation of universal background checks for gun purchases.

This year SHOT’s audience is expected to be reenergized and in addition to the renewed enthusiasm, the National Shooting Sports Foundation, the group that hosts the show, has contracted new management, ConvExx, to organize the show.

Reed Exhibitions managed SHOT for a number of years, but following SHOT last year Reed told exhibitors not to display AR-15s during the annual Eastern Sports and Outdoor Show in Harrisburg, Pennsylvania, in an attempt to avoid conflict — only to receive conflict and negative attention anyway. Literally hundreds of companies pulled out of the show in protest and thousands of patrons asked for refunds, an outcome that denied the Harrisburg economy of nearly $70 million of desperately needed revenue. For  political reasons, the NSSF ended agreements with Reed.

Five years in a row, SHOT has been in Las Vegas at the Sands Expo and Convention Center, where it brings in an estimated $73 million in revenue for the city. The expo runs from Jan. 14-17.

We’ll be at the show watching diligently for hot topics and new products, so stay tuned!