A new piece of legislation in California, SB 808, calls for adding serial numbers, obtaining authorization and paying fees before being able to assemble personal firearms at home.

State Senator Kevin de Leon (D-District 22) submitted State Senate Bill 808 (SB 808)  to the California Legislature for review at the end of last year. Currently, the measure is gaining steam and was recently analyzed by the Senate Public Safety Committee. 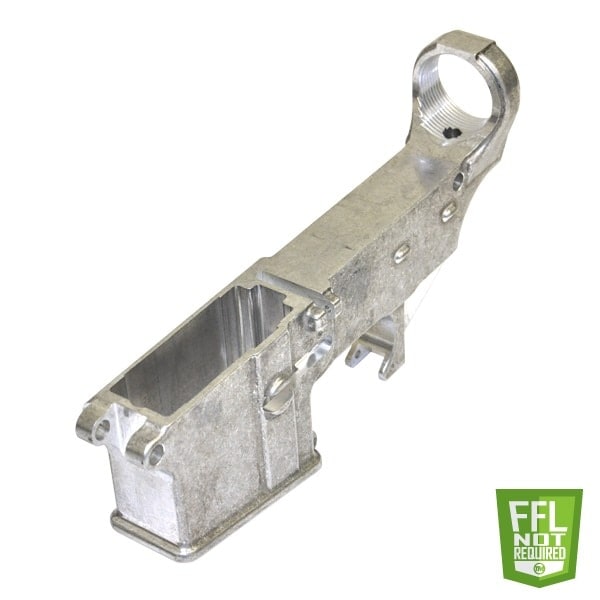 “Eighty percent complete” lowers are federally compliant and can be shipped around the country. If one California state senator has his way, those using them on the West Coast will face increasing regulation

The bill, if enacted in its current form would require a state Department of Justice background check and authorization before assembling a firearm in the home of a state resident.  Additionally, before this could be granted, the candidate would have to show proof that building the gun would not violate local city or county codes.

Making your own firearm has never been illegal in the United States, providing no law prevents the builder from owning said firearm once it was made. Hunters in search of their own custom bolt-action rifle have long taken old Mauser actions and reworked them into guns that are equal parts art and function. In 2012, a shooting enthusiast made his own legal, semi-auto AK from a shovel .

In addition to building a gun receiver completely from scratch, partially completed aluminum or polymer castings and sheet metal blanks are big sellers through websites and gun magazines.

In the case of AR platforms, these “80 percent lowers” can be had for as little as $100 and finished in a weekend into a functional firearm, provided the hobbyist has the right tools and know how. In many ways, this is similar to when a 18th century colonist with some blacksmithing and carpentry skills could make his own musket from a factory-built lockwork made in England and shipped across the Atlantic. 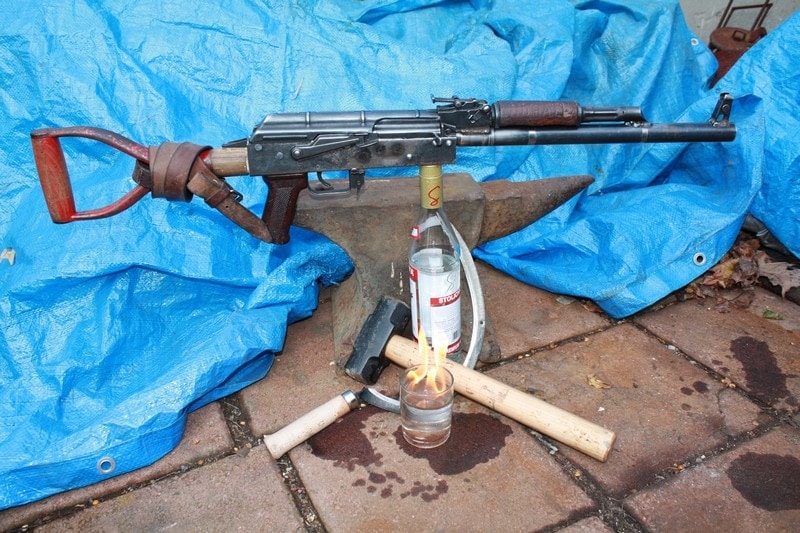 DIY gun builds are increasingly popular, as seen from this semi-auto AK variant built from a shovel in 2012.

The BATFE has long understood that “provisions of the Gun Control Act (GCA) of 1968 allow for an unlicensed individual to make a ‘firearm’ as defined in the GCA for his own personal use, but not for sale or distribution.”

There are several catches to this however. For instance home builders cannot assemble a NFA weapon (suppressor, SBR, select-fire), nor can they construct a 100% mockup of a gun banned from importation, or one made from more than 10 selected parts of such a gun. Other than that, the feds stay out of it.

Besides this, guns made in California would still have to abide by the state’s confusing series of mandates on individual accessories including stocks, bullet buttons and flash suppressors.

The federal government does not require a serial number even though the ATF recommends it. While a DIY homebuilt gun is not illegal to sell (as long as it is lawfully transferred), at that point a serial number is required to comply with federal regulations.

Homebuilt ARs and AKs and other DIY guns have been the subject of anti-Second Amendment media attention in recent months.

In one such article published in Mother Jones  the writer says after attending a build-party in which he legally constructed a semi-auto AK variant, “There are no fussy irritations like, say, passing a background check to buy a kit. And because we’re assembling the guns for our own ‘personal use,’ whatever that may entail, we’re not required to stamp in serial numbers. These rifles are totally untraceable, and even under California’s stringent assault weapons ban, that’s perfectly within the law.” 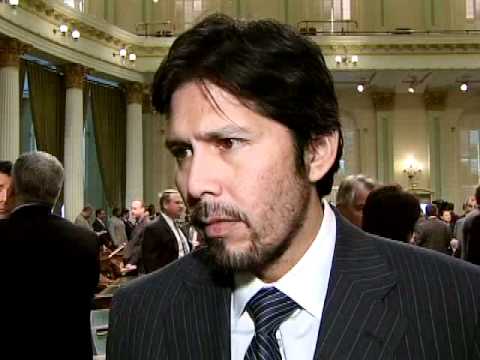 De Leon, representing Los Angeles, is thought to be a contender for the State Senate Presidency. (Photo credit CA House.gov)

In July of last year, Rep. Henry Waxman, Ranking Member of the House Committee on Energy and Commerce entered a study to Congress terming homebuilt lower receivers a “Legal Loophole. In the study, it categorically states that, ‘The Committee staff investigation found that gun sellers are advertising partially completed lower receivers as a way to circumvent California and federal firearms license requirements.'”

Waxman subsequently introduced HB2910 in the U.S. House to close this perceived loophole. The bill was referred to committee and is considered  to have a zero percent chance of being enacted.

This bill was brought about after the shooting spree in Santa Monica of 23-year-old John Zawahri, who is believed to have created his own AR-15 style rifle from his own unregistered lower. He further had an antique cap and ball revolver as well, which is also not covered under California’s Assault Weapons Ban.

It is the Zawahri example that Sen. de Leon cites in SB 808.

In a statement ran in the Washington Post from de Leon, a leading candidate to take over as California State Senate leader next year, he says, “Currently, no one knows they exist until after a crime has been committed.”