The first downloadable content for “Call of Duty: Ghosts” is coming to Xbox later this month.

This preview shows off all the new goodies to found in the DLC, including five new maps, a dual-purpose rifle, and a new story line, according to the video posted to YouTube.

The new maps — Fog, Bayview, Containment, and Ignition – pull from Modern Warfare 2, while adding a trove of never-before-seen elements. Whereas Nightfall combines a new map that has its own storyline about a new species of aliens.

The Maverick is a newly introduced dual-purpose weapon that can be used by run-and-gunners and snipers as well. 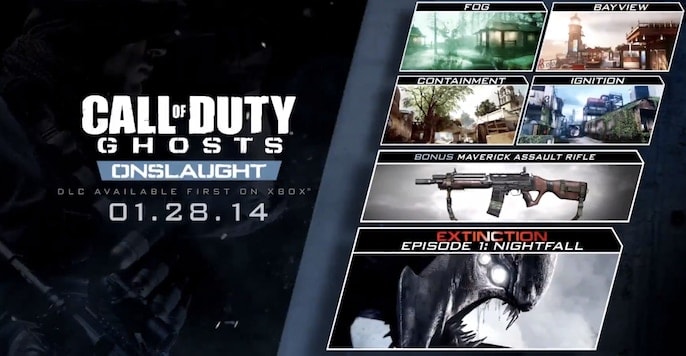 The new DLC for Call of Duty: Ghosts has five new maps and an all new rifle.