Cristóbal Carbines: Made in D.R. 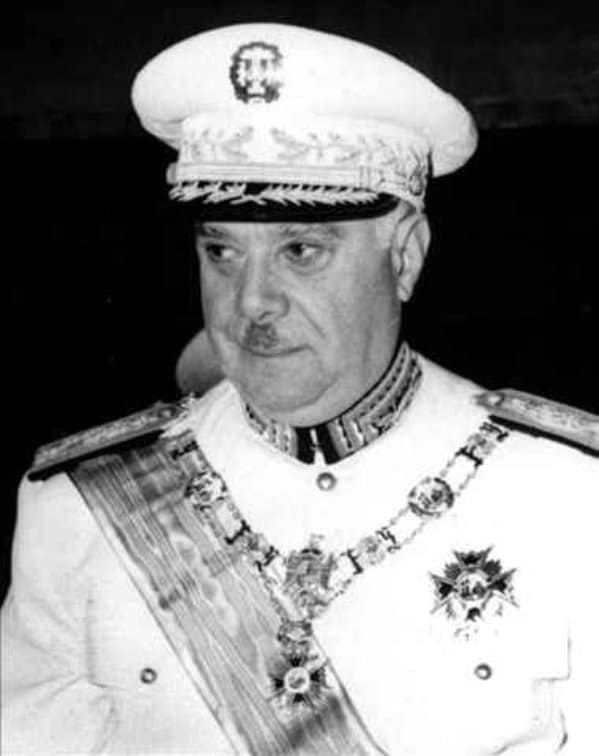 ‘El Jefe’ Trujilo was a fan of tiny mustaches, uniforms and Hungarian gunsmiths.

So you are a Caribbean dictator with mouths to feed and a huge army to equip, what do you do? Well for one island generalissimo, the solution was easy: build your own rifles.

Rafael Leonidas Trujillo Molina’s official rank was commander of the army and president, but was known simply in the Dominican Republic as el jefe, or ‘the boss’. This was because Trujillo was the strongman at the head of the country’s government for more than three decades from the 1930s to 1961, when he ate a bullet at the hand of a group of assassins.

Besides the always-present threat of coups and local uprisings, the country bordered largely unstable Haiti under Francois “Papa Doc” Duvalier, and the two had tension from time to time. This led to Trujillo expanding the army to over 50,000 soldiers. The problem was that by the late 1940s, the country had few assets and, while Trujillo was close to other Latin dictators including Franco of Spain, Peron of Argentina, and Somoza of Nicaragua, fewer friends. To keep his legions under arms, he needed guns.

Luckily, he knew a guy. 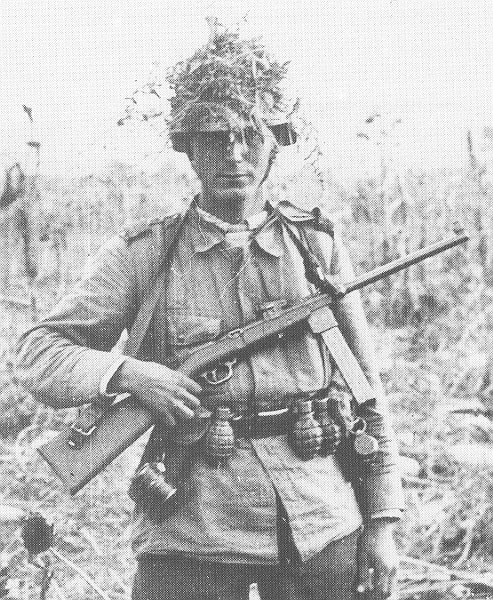 Kiralys Danuvia submachine guns were used by the Hungarian Army in World War Two and were the basis of his Cristobal design.

At 70, Pal Kiraly was a survivor. An artillery captain in the Austro-Hungarian Army in World War 1, he had to leave his country after the end of that war. Living in Switzerland, he produced a number of designs for SIG (the Kf.7 Machine Gun, and the MKMO/MKPO machine-carbines) as well as a pistol that the design of the later Walther P-38 was considered ‘borrowed’ from.

Moving back home to Hungary in the 1930s, he designed the Danuvia 39M and 43M models of lever-delayed blowback submachine guns for the Hungarian Army. When the Soviets rolled in after the next world war, he left for warmer climates with fewer Russians, washing up in the Dominican Republic by 1947.

There, he found work at the Dominican state-backed armory where fellow Hungarian Sandor “Sandy” Kovacs was in charge. The new armory maintained old stocks of M1 carbines donated from the US after WWII and a few Beretta M1938 submachine guns, which were license-made in country. With neither of those two arms in sufficient quantities to replace the army’s supply of Mauser rifles, Kovacs asked Kiraly to come up with something.

Design of the Cristobal

Recycling his well-liked lever-delayed blowback action, Kiraly’s new gun looked much like his old ones but with a few twists. Like the SIG MK and his Danuvia rifles, he used the same functional action firing from an open bolt. Unlike the 9×25mm Mauser Export rounds his earlier designs fired, he used .30 Carbine as it was readily available.

The Cristobal carbines distinctive twin trigger set up is easy to spot.

Outwardly, the layout of his new rifle was very similar to the M1938 Beretta, for which tooling was already set up. Using a tubular receiver much like the legendary WWII STEN gun, the rifle was easy to mass-produce with semi-skilled labor. The stock and furniture were plain wood. It was simple to field strip and maintain, with few parts (field stripping to its nine base components could be taught to a soldier in minutes). 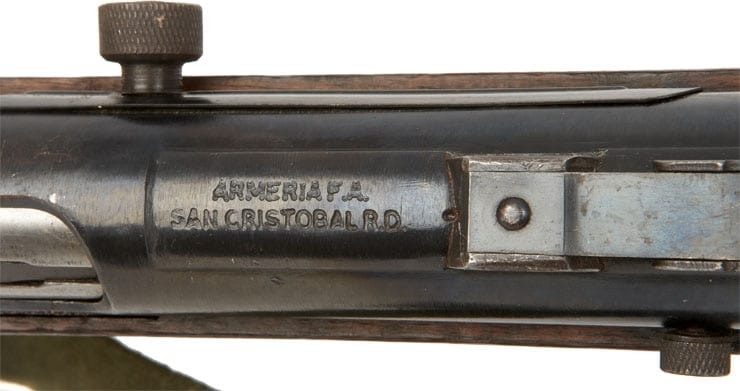 Compact and effective, the gun had a 15.9-inch barrel and an overall length of just 37.2-inches. Weighing in at 9.4-pounds with a loaded 30-round magazine inserted, the carbine is similar in size to the Ruger Mini-14, yet is a select-fire with a rate of fire of almost 600-rounds per minute. It was sturdy and ready for full production in weeks. Instead of a selector-switch, the gun had two different triggers, one for semi-auto, and the second in the rear for rock and roll, full auto. If needed, an attachment for a Mauser pattern bayonet could be fitted, of which a few thousand were laying around. When pitched to the Dominican Army, it was an instant hit.

Kovacs knew which side his bread was buttered on, and in tribute to el jefe named the new series of rifles the Cristobal and the factory Armeria San Cristóbal after Trujillo’s hometown of San Cristóbal, where it was coincidentally located. 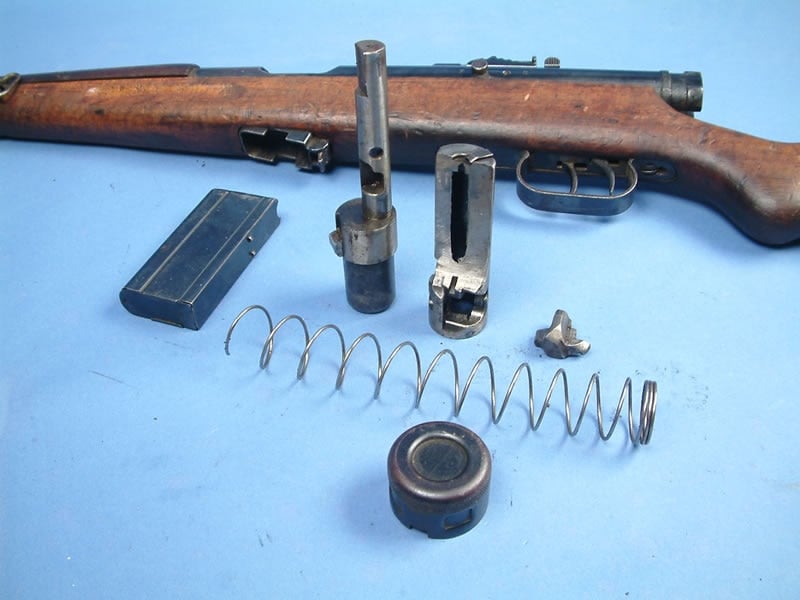 Use of the Cristobal 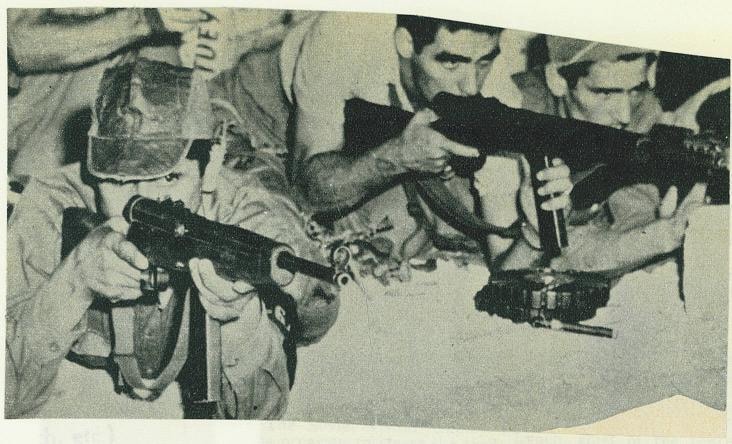 Placed into production in 1950, an estimated quarter million Cristobal carbines were produced. At the height of production, more than 400 new carbines a month left the assembly line, which employed as many as 2000 locals, overseen by a small team of European expatriate engineers. Kiraly (as P De Kiraly) even patented the bolt mechanism in the United States just in case. 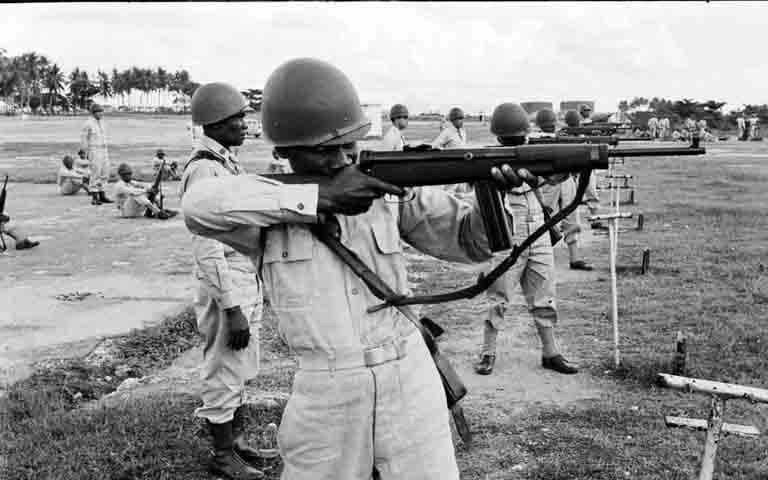 Cristobal M2s were used by the Dominican Army for decades and still see action today. 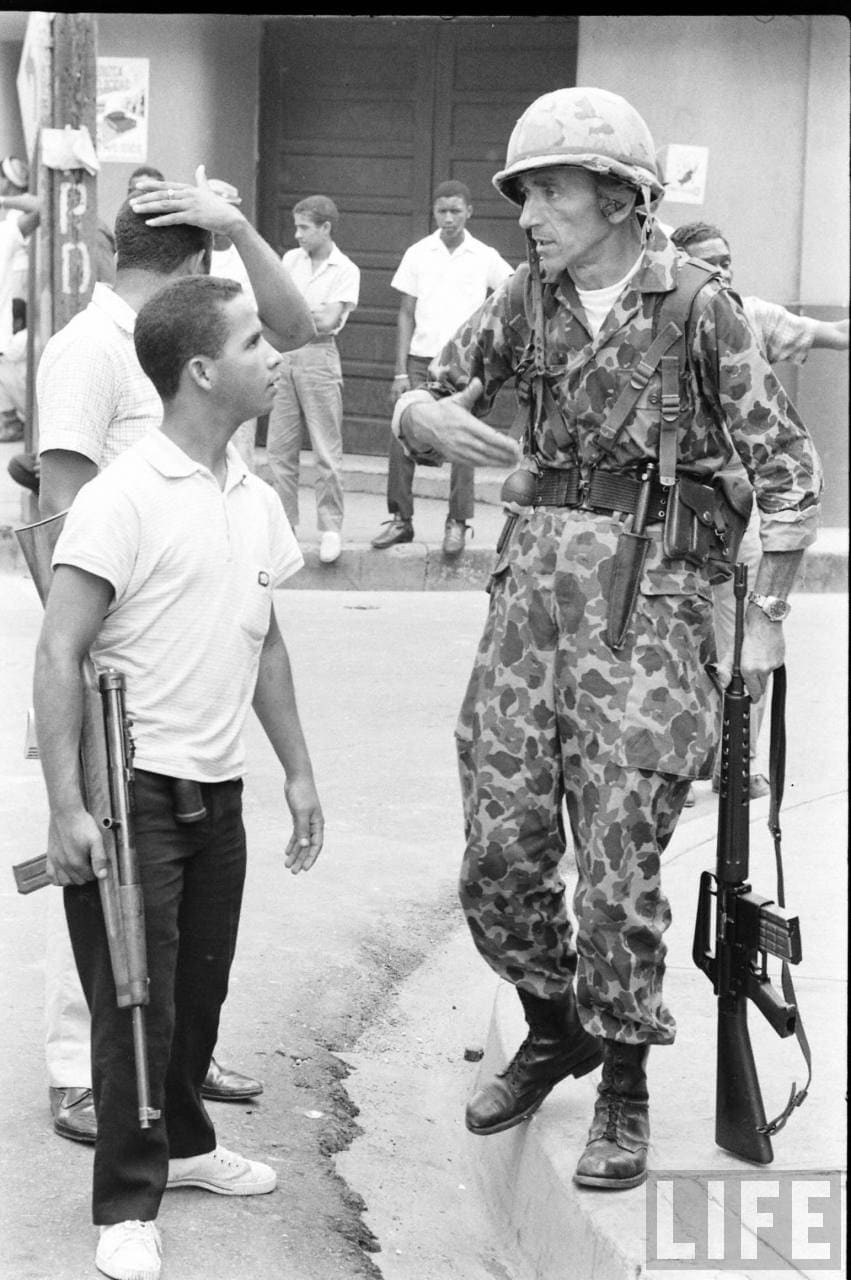 Italian Mercenary Ilio Capozzi in camo with AR10 in the Dominican Republic talking to a security officer with Cristobal.

The standard Modelo 2 variant, highlighted in this article was the most common, but there was also a modernized version with a ventilated hand guard and folding stock known as the Modelo 62. Most went right to the Trujillo military machine but several thousand were provided to his friends in Batsista’s Cuba and Pinilla’s Colombia. There, the guns found way into the hands of Castro’s rebel forces and are often seen in photographs from “The Beard’s” good old days. Che Guevara himself preferred the Cristobal to other weapons and his personal Kiraly carbine is on display in a Cuban museum of the revolution.

Speaking of Kiraly, he lived quietly in the Dominican Republic even after El Jefe went to that great presidential palace in the sky. Before the Hungarian arms wonk passed peacefully in 1965 at age 85, he had even designed an experimental 7.62x51mm NATO version of the Cristobal. In 1966, with the Hungarian connection closed and Trujillo gone, Armeria San Cristobal stopped arms production. By 1970s, the arsenal was shuttered.

Kiraly’s carbine, however, remains in military and police arsenals throughout the island. Although the Army is now equipped primarily with M16s given as military aide in recent years, you never know when a good Hungarian-designed .30 caliber burp gun can come in handy.