Heckler & Koch are rolling out their MR762A1 and MR556A1 rifle with exotic suppressors by OSS, Operator Suppressor Systems. A relative newcomer to the world of silencers, OSS takes a remarkably different approach to suppressor design.

It says a lot for an industry leader like Heckler and Koch to partner with a relatively unknown company when developing new suppressed rifle platforms but it’s clear that OSS has an effective and innovative product and H&K is more than happy to promote it, and on their flagship rifles nonetheless. 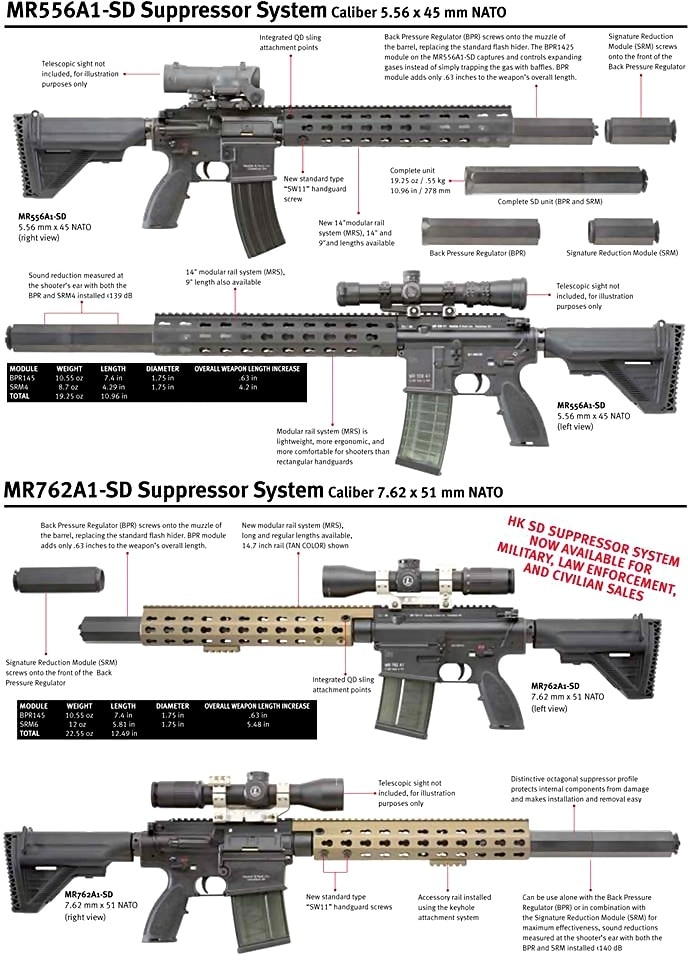 Cutaway views of the OSS suppressors immediate divulge the fundamentally disparate design of their CTU or Combined Technology Unit. A modular assemblage of discrete parts, each with their own function, the OSS CTU system offers several advantages over traditional silencers.

Fancy cans aren’t the only new thing joining Heckler & Koch’s rifles. They will now come with lightweight KeyMod handguards with quick-detach sling points. KeyMod is a new standard that allows KeyMod accessories to be mounted directly to the rifle without special tools or having to disassemble the handguard. KeyMod can be fit with Picatinny rails and maintains compatibility with existing accessories.

The suppressors use a reflex, or over-the-barrel design that keeps the overall length of the rifle as short as possible while still offering substantial signature reduction. The suppressor has two main components, the Back Pressure Regulator, or BPR, which traps escaping gas, preventing it from re-entering the barrel and overgassing the rifle, and the Signature Reduction Module, or SRM, an expansion chamber that is mounted forward of the back pressure regulator.

In front of all that the user can mount the OSS visual signature reducer, which is an integral sharply-pronged flash hider. All of this mounts on to a unique muzzle device that is designed to redirect gas into the suppressor system. 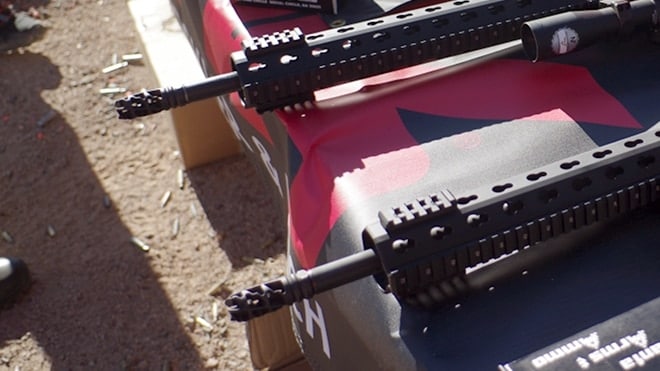 Because the CTU prevents gasses from overgassing the rifle it promises decreased wear on guns, and because the whole system is modular it can be disassembled and user-serviced. Additionally the SRM baffles and end cap can be swapped out, effectively making this a multi-caliber suppressor. OSS obviously has .22- and .30-caliber units and has plans for intermediate calibers like 6.5 and 6.8mm (.260- and .277-caliber).

Shooting the suppressed rifles was more than easy. We will follow up with Heckler & Koch and OSS for more about the new tech in as much detail as possible.

For more information check out the OSS Facebook page. 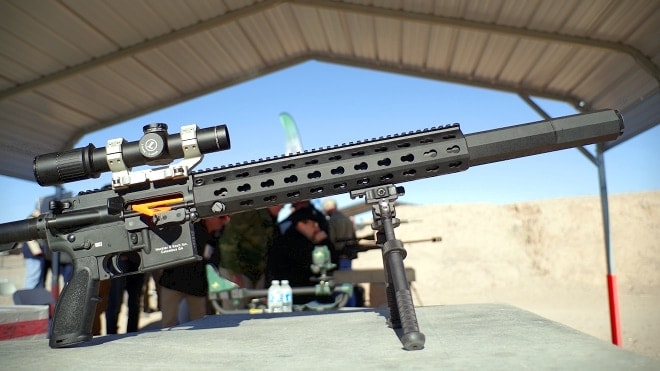