Springfield is expanding on their runaway series of concealed-carry pistols with the addition of a new, longer version of the 9mm XD-S with a lengthened 4-inch barrel and slide. This follows the announcement of the new 9mm Range Officer target and competition 1911.

The 4-inch XD-S a 9mm, like the original XD-S with its 3.3-inch barrel, just with a service-length barrel; the frame, grip and capacity remain unchanged and it uses existing magazines for a 7+1 or 9+1 capacity. The new Range Officer is simply a 9mm version of the popular .45 ACP handgun, with a 9+1 capacity. 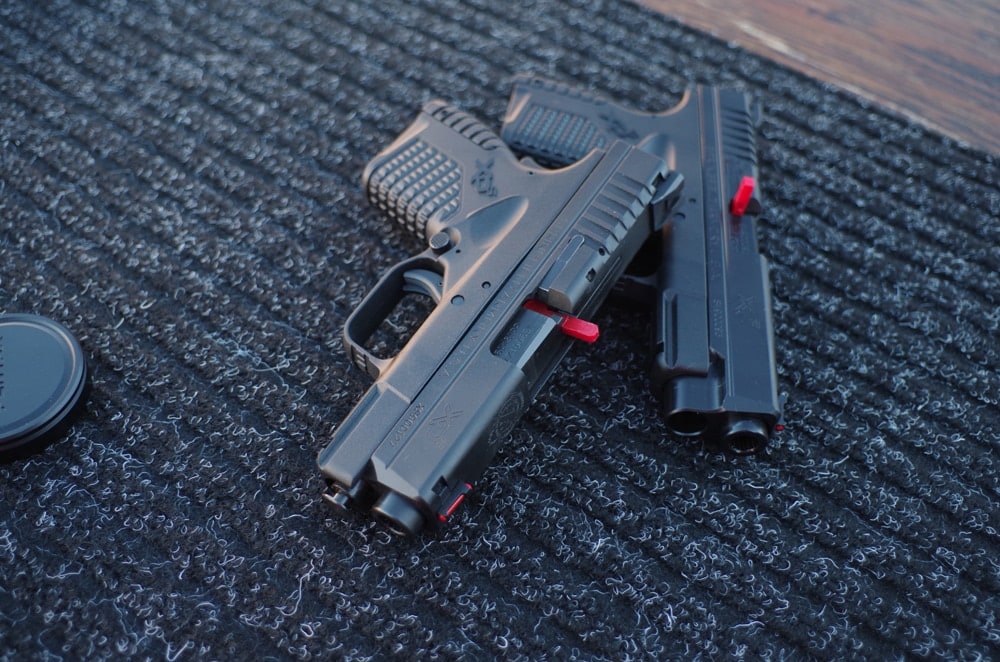 The Springfield XD-S 4-inch model is tons of fun to shoot. (Photo by Max Slowik)

Springfield expects to follow the longer XD-S with a model in .45 ACP. While no one at Springfield ruled out the possibility of models chambered for .40 S&W in the future — 3.3- or 4-inch — they currently only have plans for guns in the existing calibers.

The extra 0.7 inches adds 2 ounces to the overall weight of the handgun, bringing it up to 25 ounces unloaded, but in the hand the weight difference is not very noticeable. Having nearly an addition inch of sight radius does make the gun a little faster and easier to shoot, especially when shooting for precision.

It also promises improved ballistics and more energy at the muzzle. The longer-barreled version has less of a concussive blast and even with its increased slide mass is easy to control and shoot fast with minimal felt recoil.

The new Range Officer also weighs an ounce more, with its smaller-diameter bore. It is a very soft-shooting smooth-handling pistol and stands out on its own or as a compliment to the .45 ACP Range Officer.

Like the other XD-S models, the pistol comes with 3-dot sights, where the front sight is fit with a hardy fiber-optic rod. And like the original Range Officer, the new 9mm version comes with fully-adjustable target sights.

The new XD-S is a solid concealed-carry pistol that can double as a lightweight home-defense and range handgun while the 9mm Range Officer is a fine target pistol that would be at home on the waist or on the nightstand.

For more details and specifications head over to the XD-S and Range Officer websites.