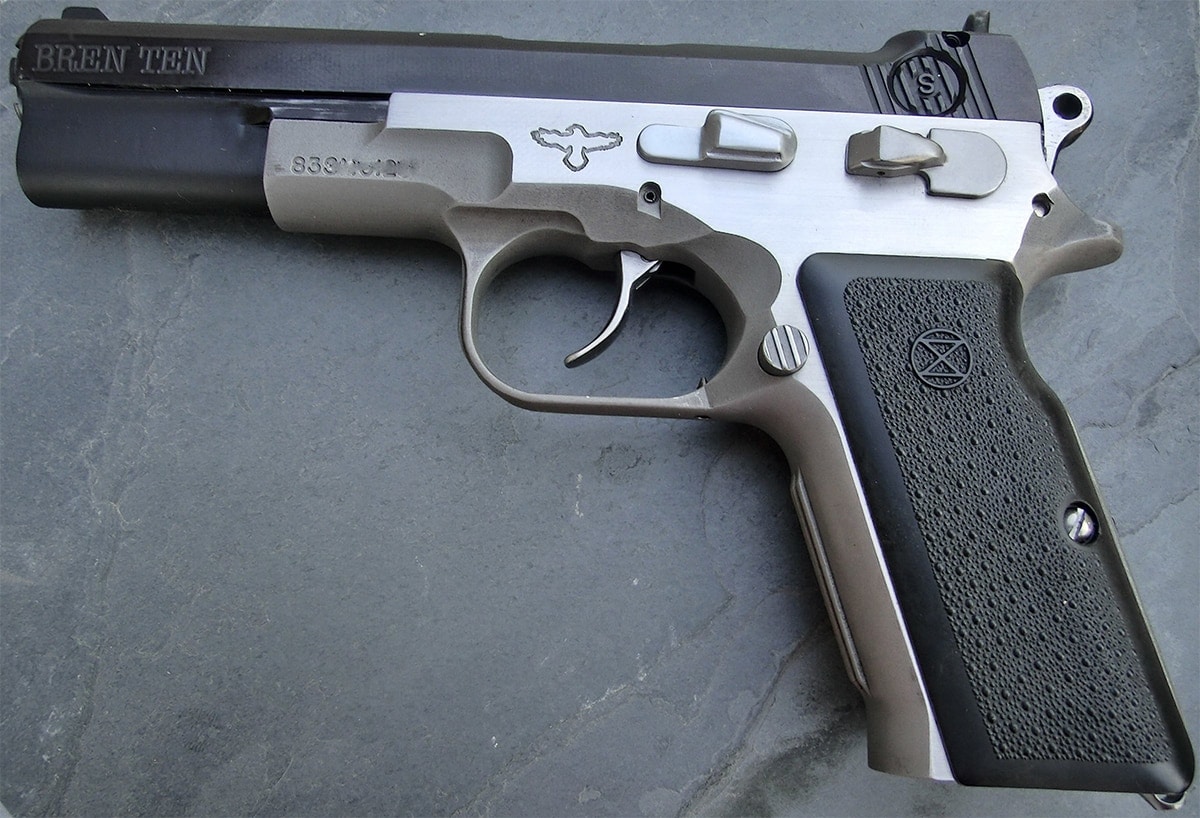 The Bren Ten was one of the first magnum semi-automatic pistols. (Photo credit: Reddit.com)

High end AR parts manufacturer Vltor announced last Thursday that production of their Bren Ten, plagued by production delays and litigation, would be delayed again. They have solid prototypes and development partners, but have not been able to achieve their desired standard of design and it looks like the bad economy has affected them as well.

Originally designed in the early 1980’s, the Bren Ten is a CZ-75 scaled up and chambered in the hard-hitting 10mm cartridge that was being adopted by the FBI in the wake of the North-Hollywood Shooting. Although the 10mm proved too powerful for most agents and eventually led to the adoption of the .40 S&W cartridge, fans of the original round persisted.

Offerings from Smith & Wesson, Glock, Colt exist, but none have the low center bore axis, high magazine capacity, and 1911-esque ergonomics of the CZ-inspired Bren Ten. Much like the now discontinued Colt Python, the Bren Ten has taken on near-mythical status as the perfect balance among capacity, ergonomics and stopping power.

On Jan. 9 Vltor issued a press statement via their Weblog apologizing to their valued customers. “…our biggest regret is that we have let you down.” This news comes just a few days before the industry’s largest trade show, SHOT Show, is scheduled to kick-off.

Unfortunately, fans of the Col. Cooper-inspired semiautomatic magnum will have to wait yet another year for the return of this powerhouse pistol according to Vltor’s apologetic post,  “…in order to maintain its legacy and represent the level of quality you deserve.”