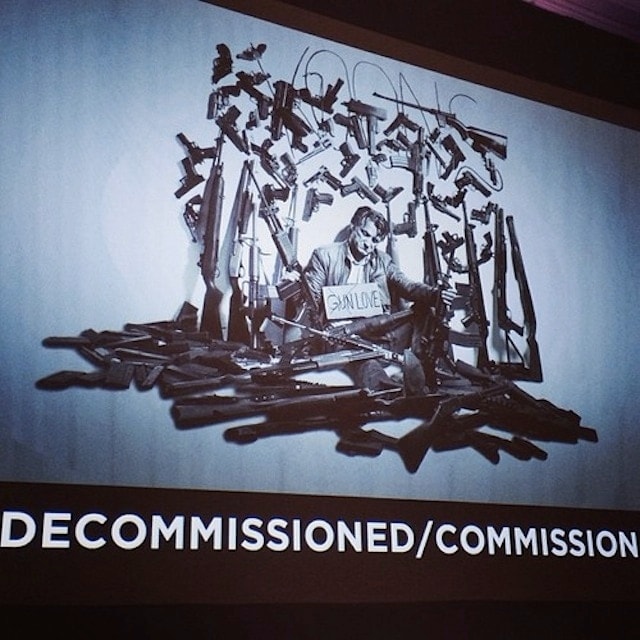 After prodding from Theron, Penn agreed to give up his weapons collection, which will soon be turned into a sculpture.

A sculpture to be made from Sean Penn’s weapons collection auctioned for $1.4 million at a Haiti benefit at the Montage Hotel Beverly Hills Saturday night after Anderson Cooper outbid Piers Morgan. “Wait, you want me to give up my guns?” Penn may have said to his South African girlfriend.

After prodding from his girlfriend, Charlize Theron, Penn donated his collection of 65 firearms to be transformed by famed artist Jeff Koons. Cooper and Morgan feverishly bid against each other for the rights to the artwork, but in the end, Cooper won, Guns Save Lives reports.

“The highest bidder gets every single one of my guns put in the hands of this iconic artist and sculptor … Koons will decommission [and] render inactive all of my cowardly killing machines,” said Penn.

Theron, who was 17-years-old when her mother fatally shot her father after he drunkenly fired a round from his own gun into his teenage daughters bedroom, was likely behind Penn’s change of heart towards firearms. While Penn didn’t directly point his finger at his girlfriend, he said he gave up his guns for “a strong woman who happens to be from South Africa.” 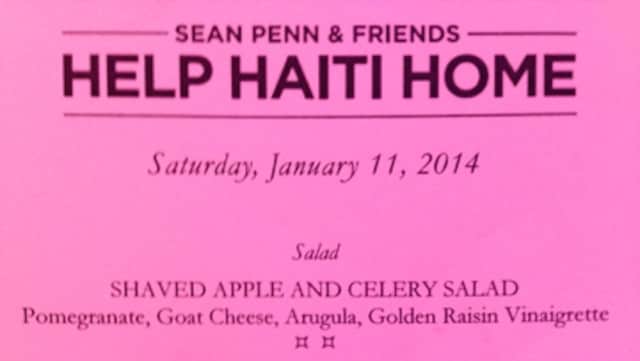 Penn hosted the benefit to raise funds for Haiti.

Penn, who admitted to being “fucking hammered,” gave several speeches throughout the night. At one point he accused Morgan of hacking his phone before praising Theron for her pro-gun control stance.

“How the fuck was it that a fucking foreigner stood up for the killing of our children?”