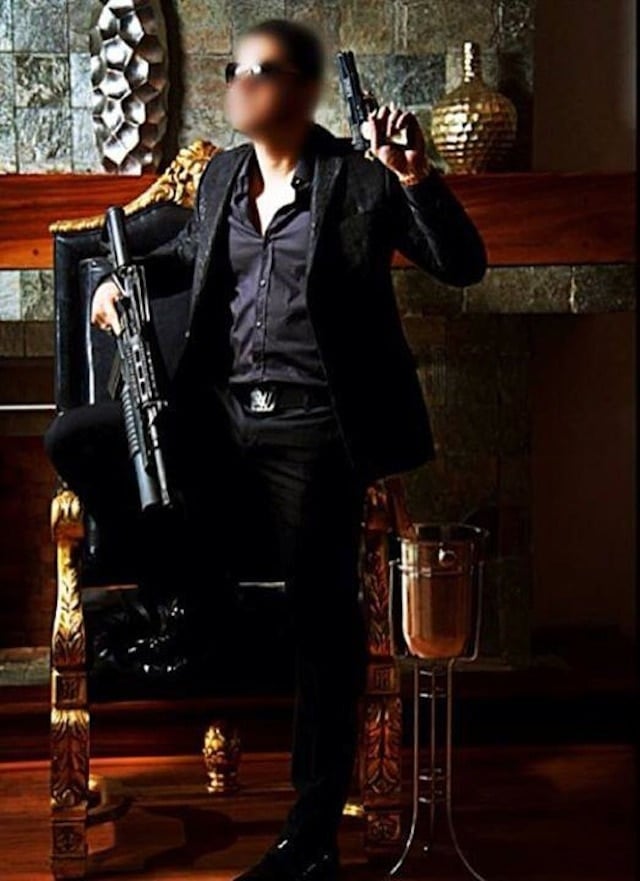 A major drug cartel enforcer was recently arrested as he tried entering the Netherlands, and the telling photos of his exploits he posted to Twitter may aid in his prosecution. 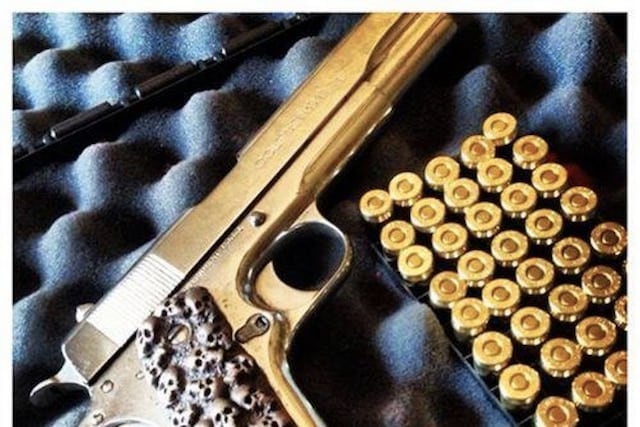 Gamboa’s decked out 1911 sits beside a tray of ammo.

Jose Rodrigo Arechiga Gamboa, 23, is a big hitter for the Sinaloa cartel No.2 Ismael “Mayo” Zambada. He’s touted as the leader of the “Anthrax” cartel hitmen, and with a Twitter following of 11,000 strong, he also leaves a prominent digital footprint, which just happens to be the very thing that may seal his fate behind bars, Business Insider reports.

Gamboa, also known as “El Chino Antrax,” has a pension for tweeting about his extravagant, and illicit, lifestyle. He was arrested recently while trying to pass into the Netherlands, and according to a spokesman for the U.S. Drug Enforcement Administration, his love for social media may aid in his prosecution.

“I would not be doing this if I were them,” the spokesman told the Sunday Times. “But then, nothing surprises me about what criminal networks do.”

Rusty Payne, a spokesman for the DEA, said social media “helps us put a puzzle together,” and “there’s a lot of open source stuff out there.” 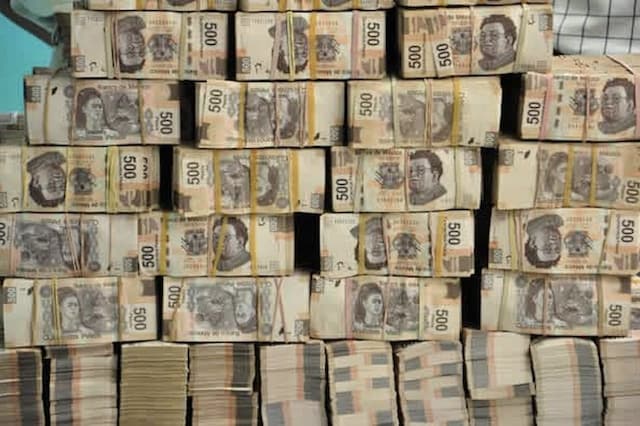 Others have been arrested in connection with Sinaloa, but it is evident from Gamboa’s extravagant photos that he was high on the drug cartel ladder.

According to the Daily Dot, Gamboa is so renowned he is mentioned in several folk songs, where he is hailed as “an elegant and fit man with a taste for sports cars, yachts and Champagne.”

None of which are available in prison. 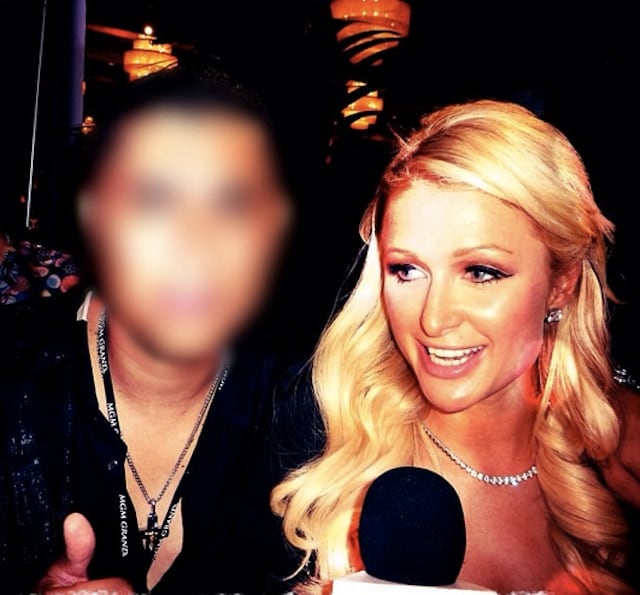 Gamboa poses with Paris Hilton at the MGM Grand. 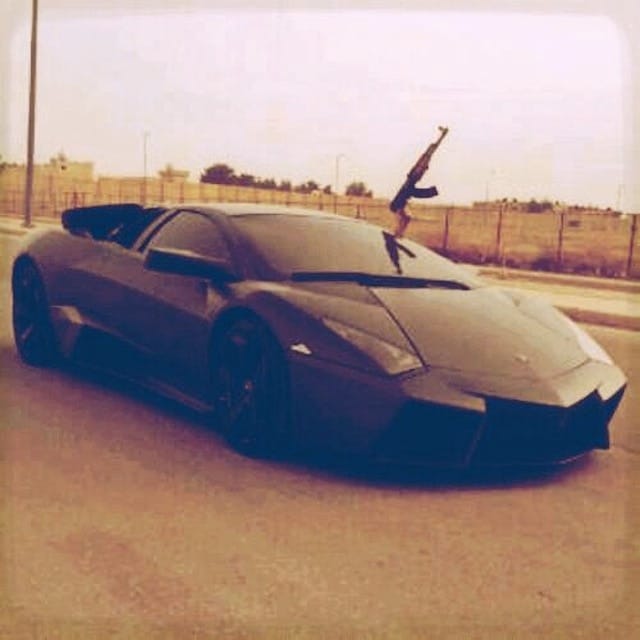 Gamboa posted this photo of an AK-47 jutting out of his Lambo window. 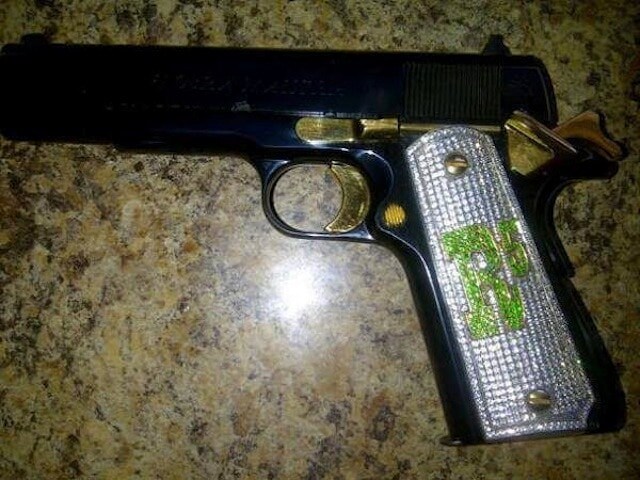 Another one of Gamboa’s 1911s, presumably diamond encrusted. 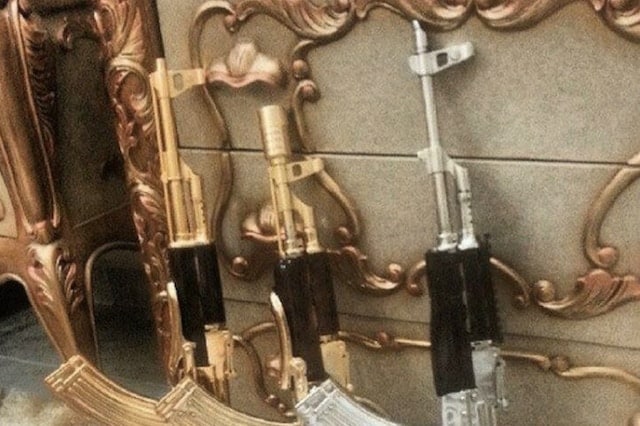 A photo of Gamboa’s plated AKs. 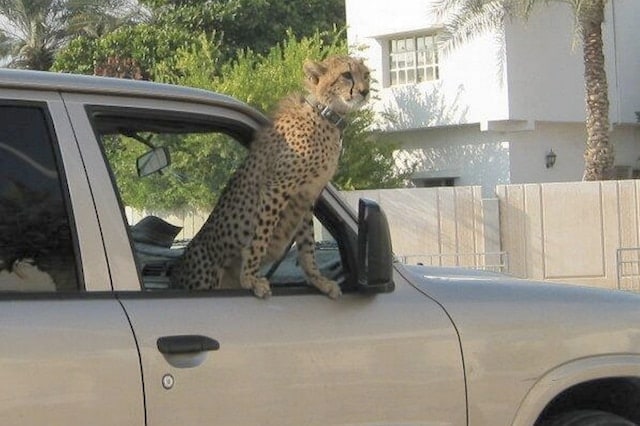 Gamboa also tweeted many photos of him posing with exotic animals. 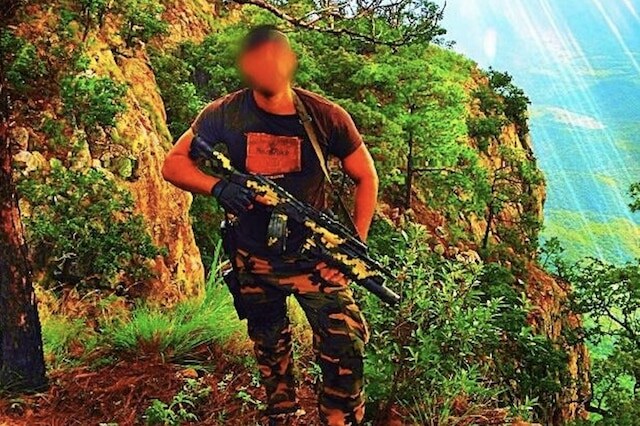