These one-off’s are extremely limited with as few as 19 of them being released in total. All 3 firearms are milled from a single piece of steel and retail between three and four thousand dollars. While these firearms are very functional, most buyers will purchase them as either novelties or investments. 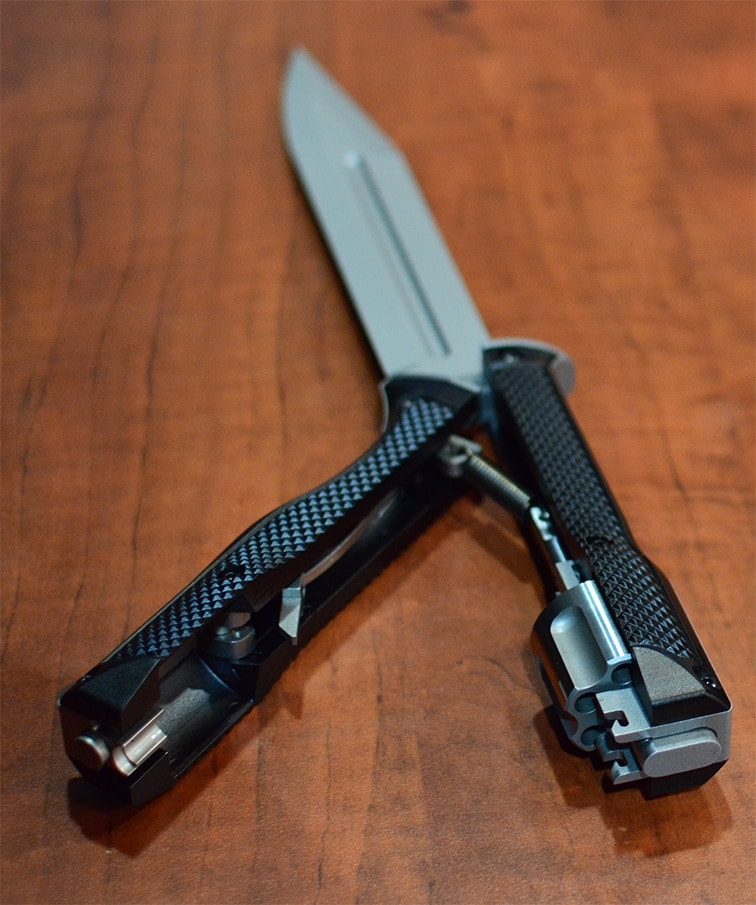 The revolver’s cylinder is concealed within the handle of either the knife or the briefcase. The handle is opened and the cylinder loaded before closing the handle cocks the action. This causes a trigger to protrude from the handle allowing the user access.

While no aiming mechanism is present on the guns, they would most likely be utilized at point blank range where precision is superfluous.

All three examples displayed a level of quality, fit, and finish reserved for top tier weapons.

The scarcity of these pistols is all but guaranteed as they are the one-off side project of an engineer at Arsenal who is retiring. As of this article the majority of these guns had already been sold, and sadly were not in this writer’s budget.