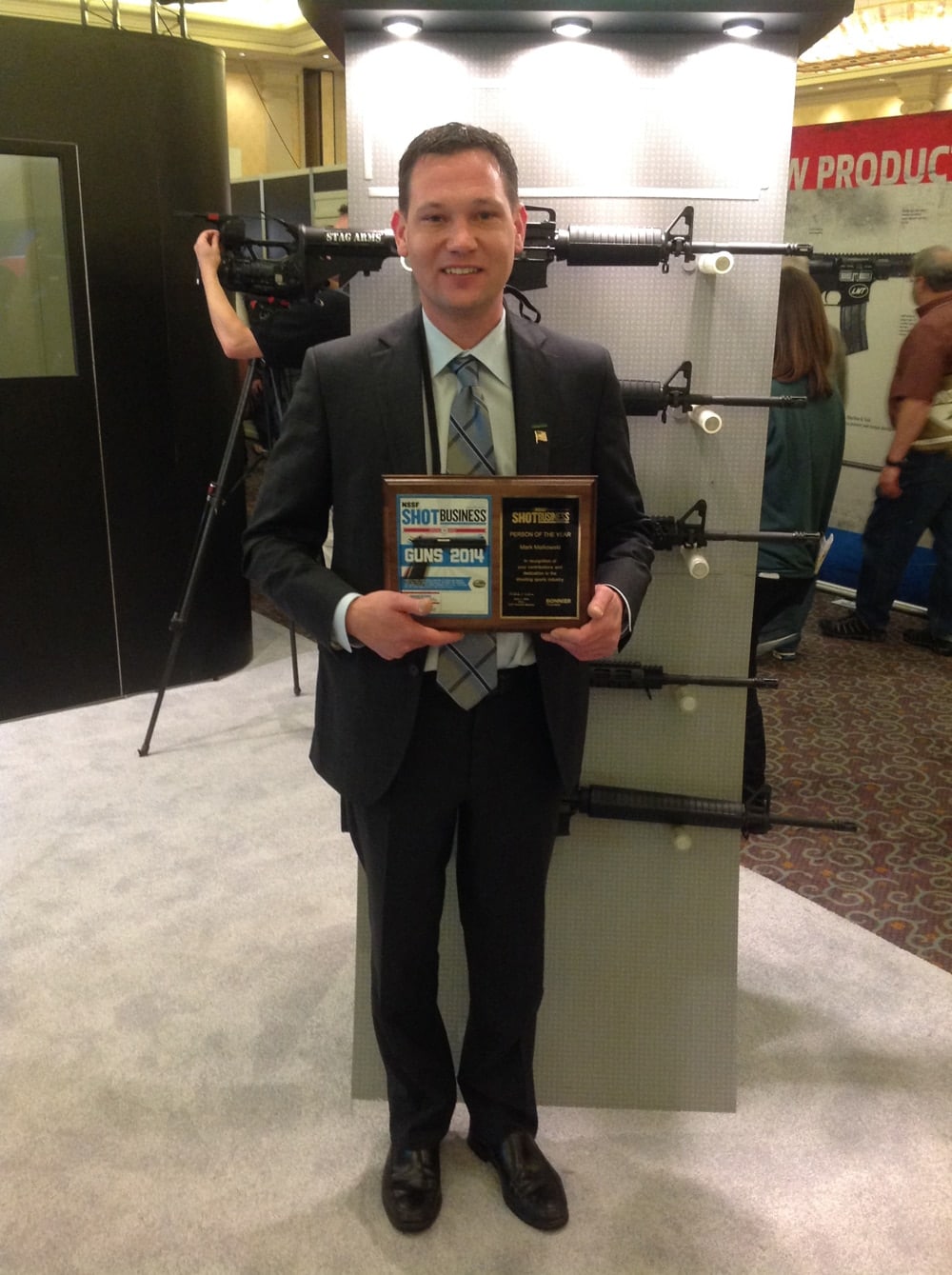 The National Shooting Sports Foundation named Stag Arms president the 2014 SHOT Business Person of the Year during the massive gathering in Las Vegas.

The NSSF is recognizing Stag prez Mark Malkowski for his positive influence during the much heated gun control debate of 2013.

The NSSF, which lobbies for the gun industry, selected Malkowski excelling in promoting shooting sports by advocating the ownership of guns and gun rights.

During the contentious gun debate, sales were booming, but he closed the Stag factory for a day to rally support for gun rights at the Connecticut statehouse. And he also supported gun ownership in other states that faced tough restrictions on guns such as an assault weapons ban by boosting production to ensure that Stag ARs would be available before laws went into effect.

“I am extremely honored to accept this award,” Malkowski said in response. “I am proud to be such an integral part of the firearms industry – an industry which focuses on safety and responsibility, and one which has continued to thrive even in times of uncertainty.”

Malkowski added that he will “continue to be a voice for the preservation of America’s hunting and shooting heritage.”