Even after banning most handguns, semi-automatic rifles, and even pump-action weapons larger than 22’s, firearms still make their way into the hands of criminals in the United Kingdom. On a number of occasions in recent years criminals have used antique guns, converted blank-firing pistols, homemade weapons and modern guns smuggled into the country to commit crimes. 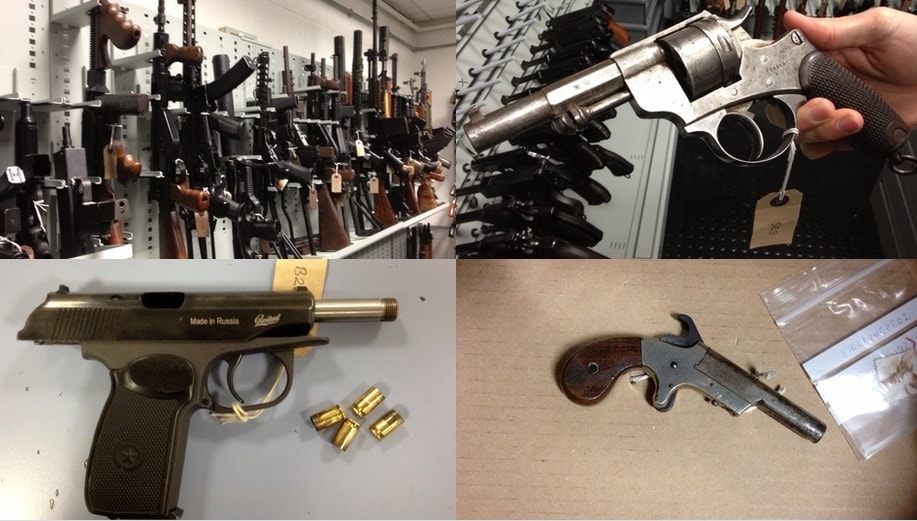 British criminals are using any type of gun they can beg, borrow, make , or steal. (Photo credit : The Independent)

During a 2011 riot in the city of Birmingham, two members of a criminal gang opened fire on a police helicopter, getting off a dozen or more shots. The weapons of choice that day were a smuggled Hungarian FEG Makarov and a 19th century French-made Saint-Etienne army revolver. Known best as the MAS 1873, the 11x17mmR blackpowder wheelgun was considered long obsolete by the 1900s, yet is still, apparently, being pressed into use.

In an interview with the Independent, Martin Parker, head of forensics at the National Ballistics Intelligence Service (NABIS), the UK’s largest ballistics lab, said, “The technology in these weapons has not changed for a century or more. An antique weapon can still be lethal but it is classified as a collector’s piece with no formal requirement for it to be registered.”

“The problem occurs when criminals find they can’t get new weapons from outside of the country,” he continued.  “It would be fair to say we have seen an emerging increase in the use of these antique guns.”

NABIS holds a huge collection of antique firearms, many dating back to before WWI, to compare ballistically with weapons and ammunition found at crime scenes. Criminals in the U.K. used guns in no fewer than 9000 instances in 2013. 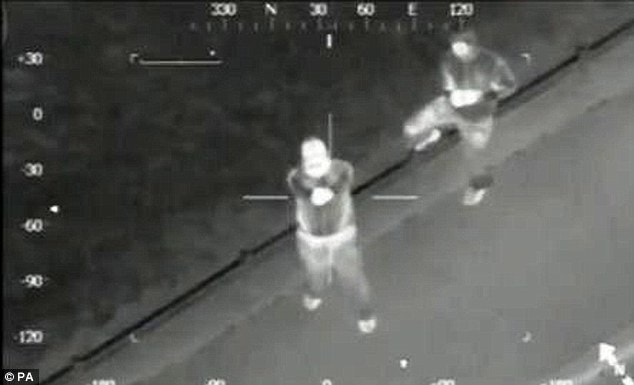 In a shootout with a police helicopter, criminals used a 140 year old French revolver and a smuggled Makarov. (Photo credit: The Daily Mail)

Great Britain has some of the most draconian firearms laws in the world. The Crown’s synopsis of gun laws, the Guidance on Firearms Licensing, is some 253 pages in length.

It details that, providing the applicant can obtain the proper certificates from their local police station, rifles or shotguns can be legally obtained. However, these guns cannot be semi-automatic or even pump action. The exception to this is semi-auto shotguns that hold two or less rounds in the magazine, and .22 pumps.

For those who want handguns, only blackpowder pistols and revolvers are an option. Few exceptions to these laws exist. Even the U.K. Olympic Shooting team has to travel outside the country to practice with their .22 pistols.

Air guns, if over a certain power are strictly regulated. For example, in 2011, an antique firearms collector was jailed for two years for having four air rifles without the proper license.

Deactivated guns have to be inspected by at least one of the approved ‘Proof Houses’ and marked as such to verify that the firearm can never again be made to function. Crooks, however, target these dewatted weapons especially hard. Recently, the home of a collector was burglarized and 26 legally deactivated antique handguns were stolen.

Blank firing guns and replicas are often found in the possession of criminal gangs in the U.K. Mentioned as being ‘a favorite of illegal gunsmiths’ the Turkish Zoraki and Brunni Olympic series of blank firing pistols are often seen in criminal use in Britain. This is because some models of these non-guns apparently are made on the exact same frame by the company as their real ammunition firing pistols. With a few modifications, a desperate soul with a daredevil’s view of having all ten fingers their whole life can have a working, and quite illegal, handgun. 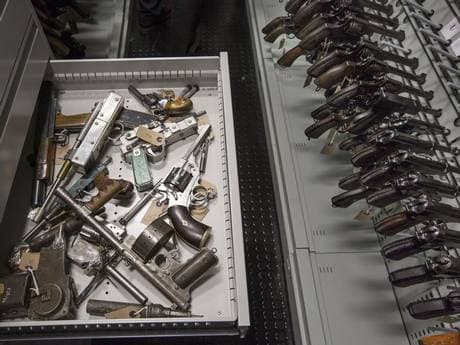 The U.K.’s largest police ballistics lab looks more and more like a museum due to the wide array of hardware now used by criminals in the country.

Homemade guns including zip guns, blackpowder kits, and others are popping up in increasing numbers. Underground gunsmiths have been found working out of rental garages and other locations, skirting tough British gun laws.

Not sated by using relics, home builds, or hacked starter pistols, criminals are also running their own imports to the country. In 2011, eight gang members were sentenced to a combined 100-years in prison for smuggling firearms into the U.K. from the U.S. The group had brought in 13 guns from the U.S. in 27 different shipments.

The guns had been disassembled and their parts hidden inside DVDs, radios and other electric devices.

David Thompson, deputy chief constable of West Midlands Police and the lead on gun crime for the Association of Chief Police Officers (ACPO), told the Independent, “The firearms issue is like constantly squeezing a balloon. You press on one part of the problem and it pops up in a different form elsewhere.”