A WWII gunner’s ring was returned to his wife Sunday nearly 70 years after he was killed in action.

Before Staff Sgt. Robert Greebull deployed, his wife, Betty McAleenan, now 94, gave him her class ring to keep him safe during combat. Greebull, who was a bomber gunner in the Wyoming Air National Guard, was killed in a plane crash over Papua New Guinea in 1944 after having successfully completed 38 missions. Though he perished in the wreckage, his ring survived and has finally been returned to its original owner, Daily Mail reports. 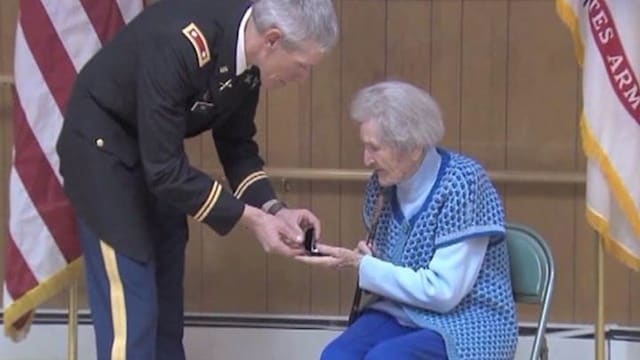 McAleenan was happy to receive her late husband’s ring after so many years, saying it offered her some closure.

“He was a wonderful guy,” McAleenan said of her late husband. “And I fell madly in love like all people do at that age.”

McAleenan was overwhelmed when she received the ring, saying it offered closure.

“I gave it to him so that we could be together,” she said.