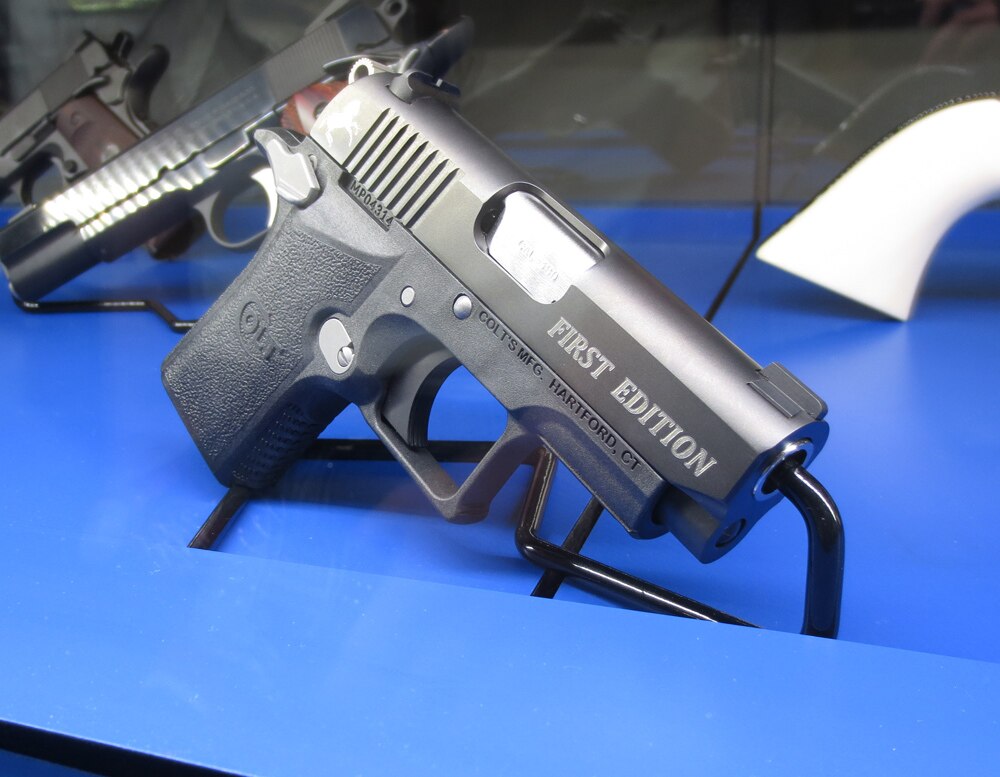 Iconic Colt released a new line of bolt-action rifles and designed a polymer version of the Mustang at SHOT Show 2014 in Las Vegas.

Colt is expanding the Mustang by adding a polymer version. The model introduced last year is essentially a mini-1911 chambered in .380 and has an all metal frame. One would think that a polymer version would weigh considerably less, but that’s not the case (or really an issue). There’s actually only a half-ounce difference between the two. In some ways, though, the polymer version would come out on top. 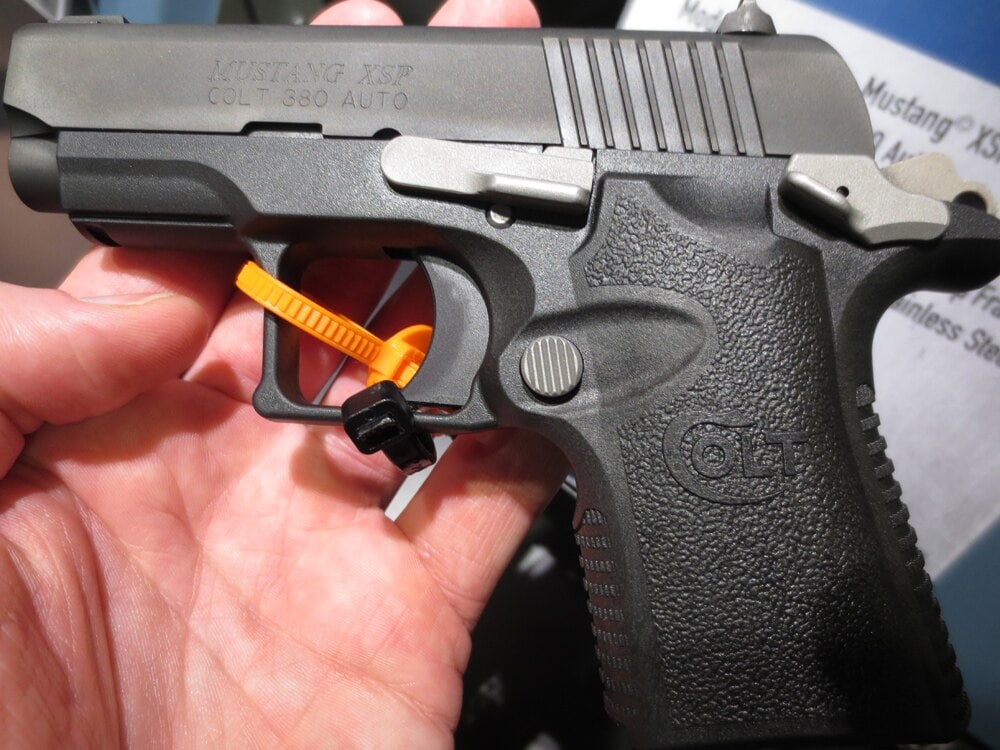 Since the frame is made of polymer, Colt is able to reconfigure the grip by adding more room under the trigger guard and texturing. (Photo by Daniel Terrill)

With the polymer mold, the grip has a little more room for your hands as it’s designed with a slight undercut under the trigger guard, and the manufacturer has a lot more freedom to play around with grip texturing than on an all metal frame.

While the polymer Mustang was not available during Media Day, we imagine it shoots similarly to the original model because the weight isn’t all that different. Little to no recoil, capable handling and with the lilliputian size, it’s easy to carry in a pocket.

The polymer Mustang (or XSP) weighs less than 12 ounces, has a six-round magazine and retails at $649. 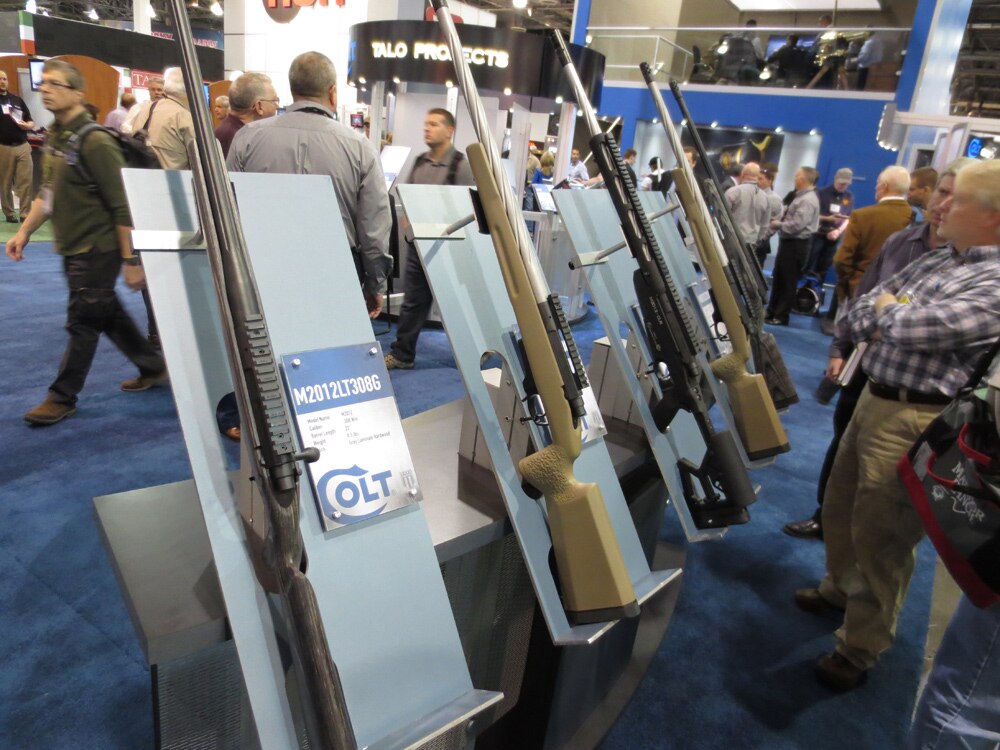 The .308 variants are in stores now, and more calibers will be out in the fall. (Photo by Daniel Terrill)

Probably the most eye catching item, though, is the new line up of bolt-action rifles designated the M2012. While the rifles aren’t exactly “new”, they will become a consistent and expanding product.

Colt teamed up with Cooper Firearms in 2012 to offer collectors edition rifles, but they sold so well Colt decided to just make the rifle line standard. Throughout 2014 Colt will be introducing new calibers and colors, but for kick off the M2012 will be available in .308 Winchester and .260 Remington.

Although Cooper makes the rifles, Colt is proud to put its name on them. “Cooper knows how to make a bolt-action, so we let them do what they do best,” said RJ Contorno, a company spokesman.

In stores now is the .308 version — a solid platform. Equipped with a custom Manners composite stock built from a combination of aircraft-grade carbon fiber and fiberglass, and a 22-inch stainless steel, match-grade barrel with a 1 in 10-inch twist. It weighs in at 10 1/4 pounds without the magazine, measures 44 inches in overall length and retails for $3,195.