The dashcam footage of the Dallas police officer that shot an unarmed carjacking suspect last December was released Tuesday. 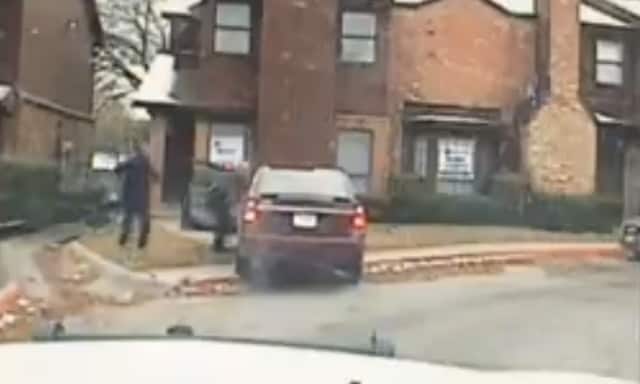 As 48-year-old Senior Cpl. Amy Wilburn pursued a vehicle, it was determined there were multiple carjacking suspects inside who were possibly armed. The vehicle rolled to a stop and the driver fled on foot. Moments later, Wilburn shot 19-year-old Kelvion Walker, LiveLeak reports.

According to the Internal Affairs investigation, as two other officers chased after the fleeing driver, Wilburn rushed towards the car, opened the driver’s side door, and shot 19-year-old Kelvion Walker, who was unarmed and sitting in the passenger’s seat.

Wilburn dropped her duty weapon inside the car before walking over to the passenger side. A second officer retrieved her weapon and slid it to her over the roof of the vehicle.

Though the IA investigation seems to point to officer safety issues, Dallas Police Association President Ron Pinkston said the reason Wilburn discharged her weapon was because she was surprised, according to The Blaze. 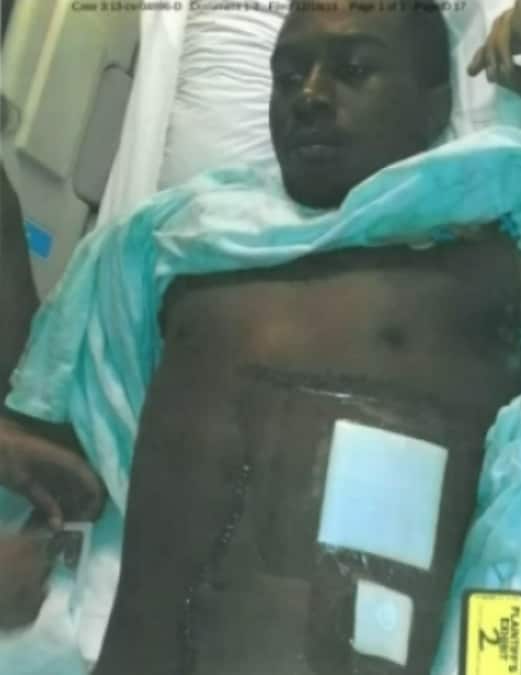 Kelvion Walker said he had his hands up when Officer Wilburn shot him.

“The officer did her job, she doesn’t want to use deadly force but she has to, because she was surprised by [the] suspect in the passenger side of the car,” said Pinkston.

Walker, who was never charged in the carjacking, was transported to an area hospital and treated for his wounds. After being released, he filed a lawsuit against Wilburn.

“I remember her walking past the car and I had my hands up and then she looked at me and I looked at her and she just shot,” Walker said in the lawsuit. “ I just remember yelling, ‘What you shoot me for?’”

Wilburn has been fired from Dallas Police Department.