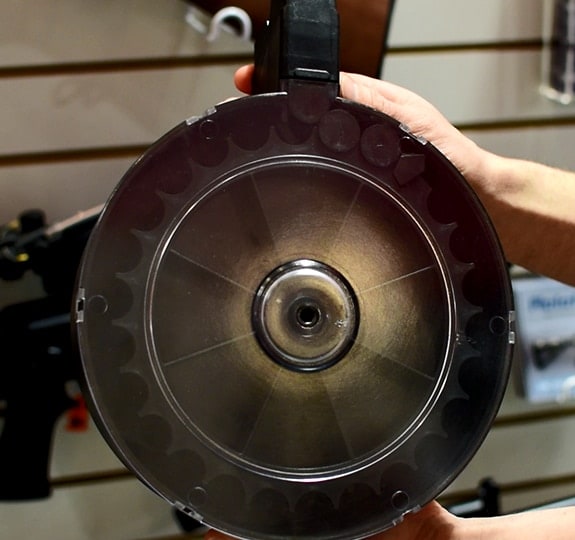 Fans of the magazine-fed 12-gauge Vepr will be pleased to know they can run their pig-inspired scatter-gun like never before, thanks to Wolf’s new 25 and 12 round drum magazines.

Previously, Vepr-12 magazines were limited in 10 rounds, clunky and protruded well below the pistol grip, which makes firing while crouched difficult.

The new high capacity mag doesn’t need to be wound up, users simply push fresh rounds past the feed lips until full. The drum also features  translucent back plate so ammo capacity can be checked at a glance. 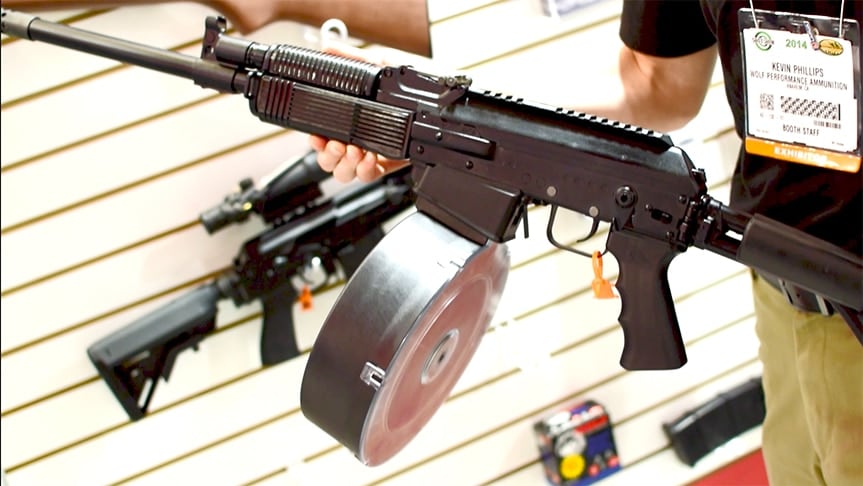 The massive 25-round drum dwarfs the tactical Vepr-12. (Photo by James Grant)

While the 25 round variety is quite large the Wolf rep mentioned a more manageable 12-round type that will release around the same time as its big brother. Both the 12- and 25-round variety are constructed entirely of polymer and have a release date of later this year with an undisclosed MSRP.

The VEPR-12 hasn’t eclipsed the Saiga yet, but with the introduction of larger magazines it’s only a matter of time before the tactical lead-slinger captures the market, especially with examples dipping below the $1,000 mark.