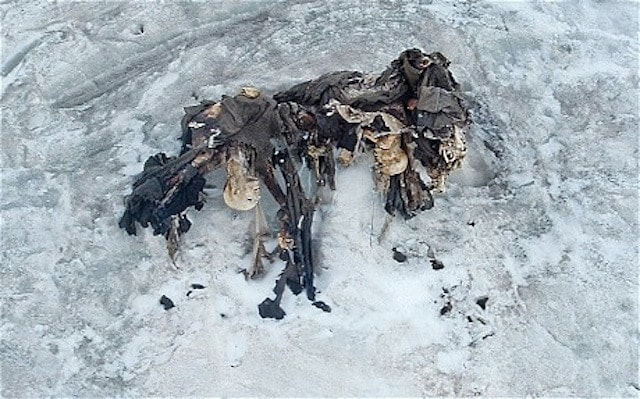 Three entombed Austiran soldiers emerge from Italy’s glaciers as they slowly melt away.

As Italy’s glaciers melt away, they slowly reveal the entombed bodies of slain WWI soldiers hidden within the ice.

The corpses are being discovered in the remote Alpine village of Peio, home to an obscure bit of WWI history. In 1915, Italy joined forces with the Allies and entered into The White War. The Italian government hoped that through their war efforts, they would be able to absorb the Austria-Hungary controlled province of Trentino, Time reports.

The Italian soldiers, or the Alpini, fought their Austrian counterparts in the thin mountain air. At altitudes of over 6,500 feet, they dug out ice trenches and created specialized cable transport systems. 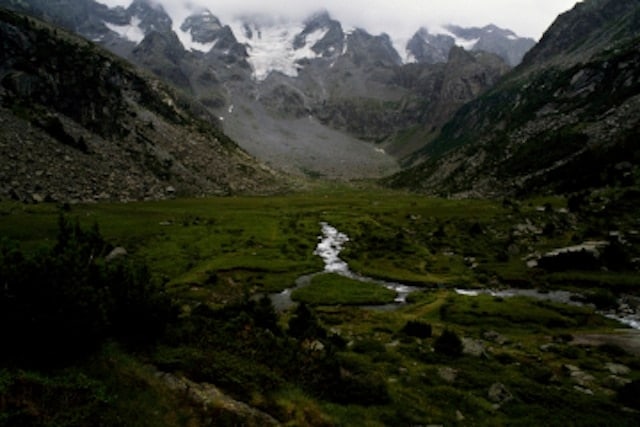 The Adamello Massif and Paghera stream snakes through the Paghera Valley, Lombardy, Italy.

As a result of the warming climate trend, Italy’s glaciers have been gradually shrinking. In past decades, diaries and letters from The White War have slowly worked their way to the surface. And recently, the bodies that had been encapsulated in ice for so many years are seeing that light of day once again.

The extreme cold has greatly slowed the rate of decay, and many, like the three Austrian soldiers shown in the photo, leave behind telling clues of what it was like to have lived in that time.