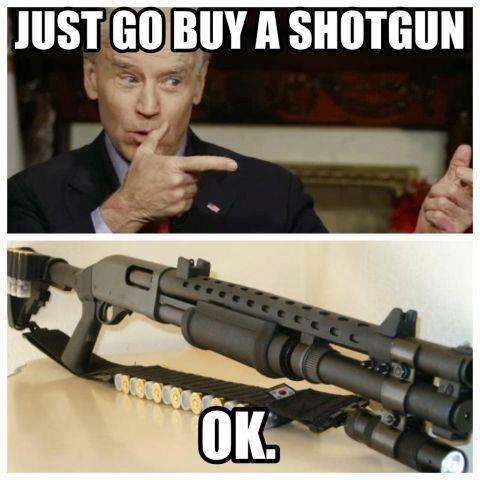 For many, there is no better first choice for serious home defense than a modern shotgun.  Joe Biden seems to think so, and though his may not be an endorsement you take seriously, we are quite serious about shotguns here at Guns. com when it comes to those things that go bump in the night. Moreover, in the true spirit of change, we really like those that can be picked up with as little of it as possible.

Shotguns are affordable, offer a wide variety of shell choices, and are breathtakingly effective in close quarters home defense scenarios—all without the problems of over penetration. Also, in many areas that are anti-handgun or anti-modern rifle, they are sometimes the best choice.

Here we look at a few that can serve well yet will not break the bank.

Don’t count out a good used (yet still modern) shotgun. These guns, especially police-trade in pump models and short-barreled security guns, are often gathering dust in the back of pawnshops and gun stores across the land. Since their short barrels kept them from being used as hunting guns, they were more often carried daily and used sporadically (which may explain the poor finish, chipped stocks, and surface rust often encountered on these vets).

If you can put up with some scratches and surface rust, a nice, functional Remington 870 can be had for 200ish.

Beat up old Remington 870s, Ithaca 37s, Winchester 1300s, if you search hard enough, can usually be picked up for the $200 range along with Mossberg 500 series guns. These guns may be fugly, but they are usually still functional. For a few dollars less, you can get a… 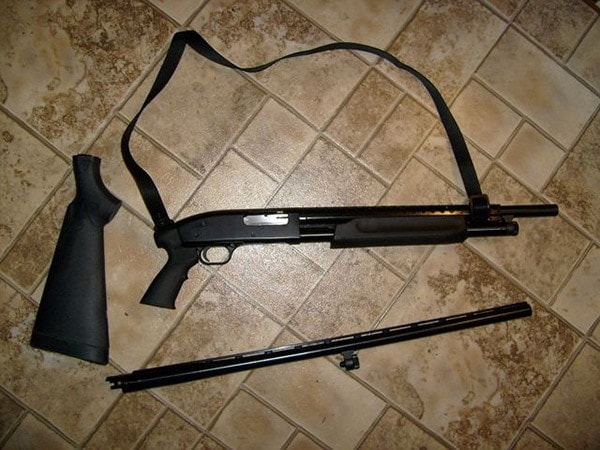 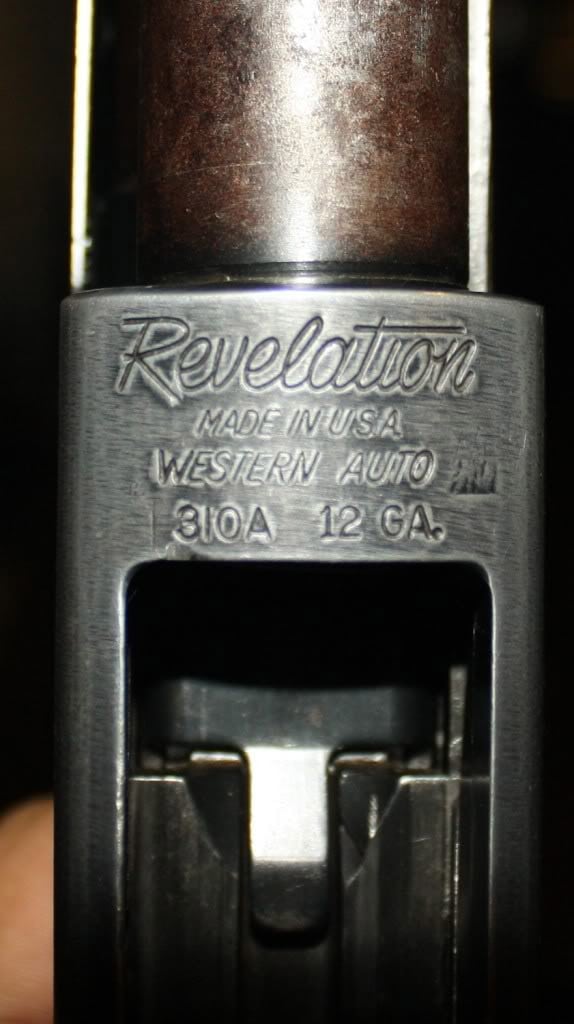 For generations, the people over at OF Mossberg sold their now-legendary Model 500 shotgun under a number of different names on the cheap. These guns were sold through retailers like Western Auto (as the Revelation 310), Montgomery Ward (the Western Field M550) and Sears (Sears Roebuck Model 446) among others. These were pushed in both security models with short cylinder bore barrels, and hunting varieties with long barrels /adjustable choke.

Although marked as anything but, these are standard Mossy 500A’s just typically with low-end wooden furniture and plain blued finishes. If you can’t find one of these 1960s-80s era generics for $150 or less in a security model, you just aren’t looking.

Mossberg turned around in 1988 and brought out the Maverick 88 as their inexpensive Model 500 alternative. It’s the same concept as the Revelation/Western Field models with the only differences between it and the standard 500 being different furniture and a cross-bolt rather than thumb-activated safety. The beauty of that compromise is that the Maverick typically can be picked up for about $220 new. 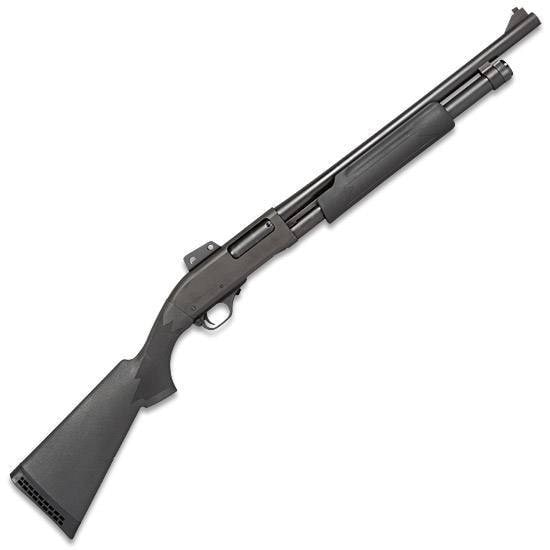 In the past couple decades we have seen a flood of foreign made pump action shotguns come into the country from unlikely sources. There are a few good things about these guns. The first of which is that they are usually pretty close copies of established (and proven) designs. This means that these guns have a better than average chance that they will work when needed.

One example is the Norinco Hawk. Sold officially as the Interstate Arms Company’s (IAC) 982 Hawk series, they are nothing but a simplified Remington 870. They have machined solid steel receivers, aluminum trigger guards (unlike the plastic long used by Remy), and even accept some aftermarket 870 accessories. These guns run around the $200 mark new, slightly less if bought used. Another similar $200 870 copy is the Turkish-made Ottoman guns LAI Trooper.

The Savage/Stevens Model 320 has been sold for several years at big box stores across the country for prices running around $179-ish. The secret to the price: made in China. The new Turkish-made ATI TAC-SX2 and TAC-PX2 12-gauge shotguns are running at prices that US makers like Remington can’t touch.

For those who are rolling quarters to buy a shotgun, there is always the world of the crack-barrel hinge-break. These guns, made by NEF, Rossi, and H&R for generations, can be had for as low as $100 new. They are lightweight and pack a heck of a recoil because of it, but 20-gauge variants or 12-gauge guns with reduced recoil shells can mitigate that. Of course, getting in touch with reloading these guns rapidly is a must if you ever intend to use it in a protection role, as they are one-shot wonders. 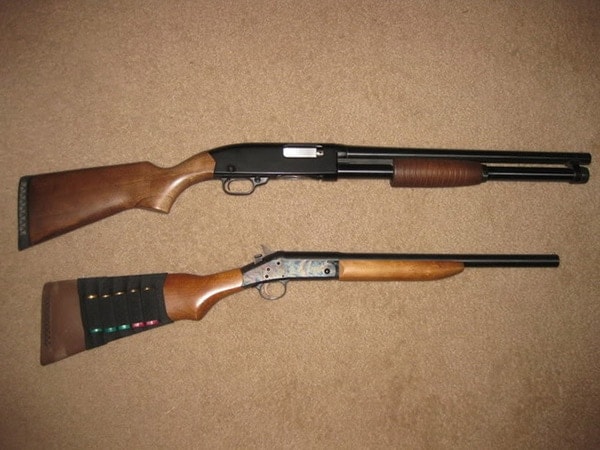 Single shot shotguns are a cheap and effective way to add firepower/tactical prowess to your home arsenal.

With all this in mind, when the goblins come a calling, there is no reason to not have a shotgun.

Browse our online store for new and used Shotguns for sale.