The C39’s stock options include gray as well. (Photo by James Grant)

Previous Century AK’s have had a spotty reputation for quality control, but the new Centurions are 100 percent CNC fabricated and factory built by Century and not parts-kit guns. Magazine wobble and canted sights are a thing of the past on these precision-made rifles. These new models are purpose built to be sporter rifles and therefore do not feature a bayonet lug or mil-spec compensator, rather a Century-designed compensator made in the U.S.A. The barrel is threaded for 14.1mmLH threads so any standard AKM pattern muzzle device can be installed.

Century will offer these rifles with three different furniture options including a blonde, grey and Mahogany laminate. The original AK-47s were built with milled receivers, not for increased strength, but because Soviet engineers had not yet mastered using stamped steel for firearms. Due to time constraints and fear of being sent to Siberian Gulags, instead of trying to produce something new, the engineers fell back on the same technology that helped them produce millions of Mosin Nagants: milled receivers. 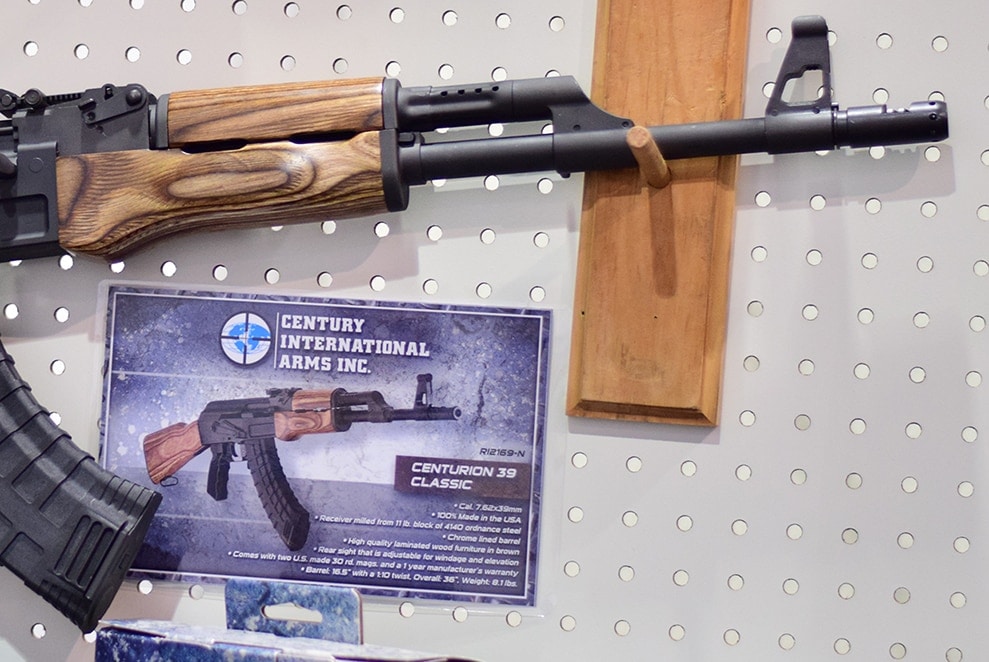 With stamped receivers a reinforcement block, known as a trunnion, had to be riveted to the receiver and the barrel was pressed into said trunnion. However, milled AK’s utilize a threaded receiver that the barrel screws into. This requires skilled labor and vastly more raw material, meaning milled guns are heavier and generally have a nicer fit and finish due the increased hours of machining. Claims have been made stating that the stiff milled receiver even aids in accuracy, but that is a point of contention amongst AK enthusiasts.

Milled receivers have become more popular in recent years, with the two biggest names in AKs releasing their own variations: Kvar’s SAM7SF-87 and Century’s Centurion model. AK fans now have more choices than ever before.