A WWII bunker in the Netherlands was cut in half and transformed into an artful war memorial. 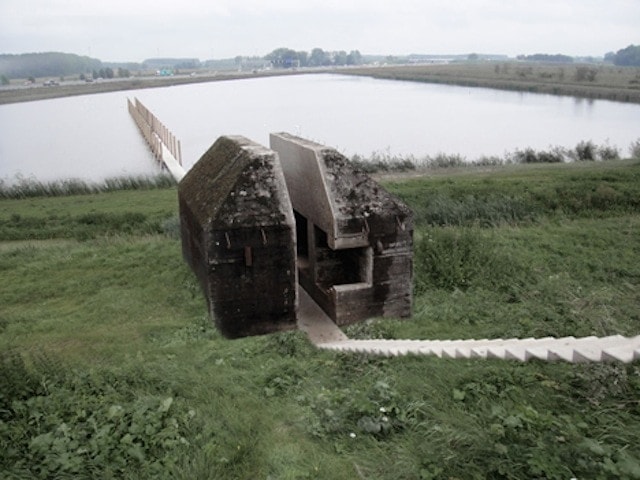 Bunker 599 was transformed into an artful WWII memorial.

Bunker 599, originally built in 1940, was meant to hold up to 13 soldiers during bombing raids. It was one of many small cogs in the New Dutch Waterline (NDW), an expansive series of water-based defenses that dates back to 1815. But with the help of Dutch studios RAAAF and Atelier de Lyon, the building has been split down the middle to create a unique and artful war memorial, Dezeen reports.

The NDW was used up until 1940 to protect the cities of Muiden, Utrecht, Vreeswijk and Gorinchem by flooding the area with water. Bunker 599 was just one of 700, but after 40 days of cutting through concrete, it now stands apart as a tourist attraction and war memorial.

“Our aim with the project was to question the policies on monuments by doing this intervention,” said Ronald Rietveld of RAAAF.

Stairs now pass through the open bunker, leading to a wooden boardwalk raised above the flooded area.

“The pier and the piles supporting it remind them that the water surrounding them is not cause by e.g. the removal of sand, but rather is a shallow water plain characteristic of inundations in times of war,” Rietveld said of the project.

After RAAAF and de Lyon’s intervention on bunker 599, the structure was elevated from a municipal monument to a national monument. 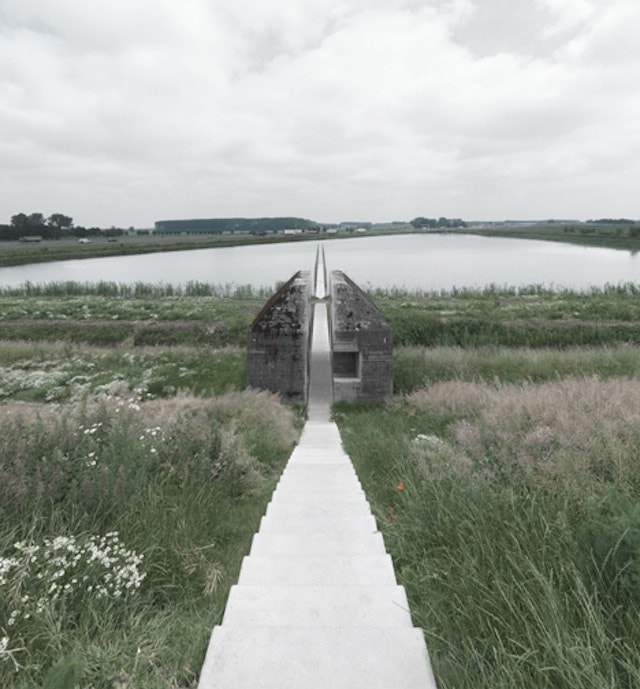 Stairs run through the middle of the bunker and lead to the shallow, flooded plains. 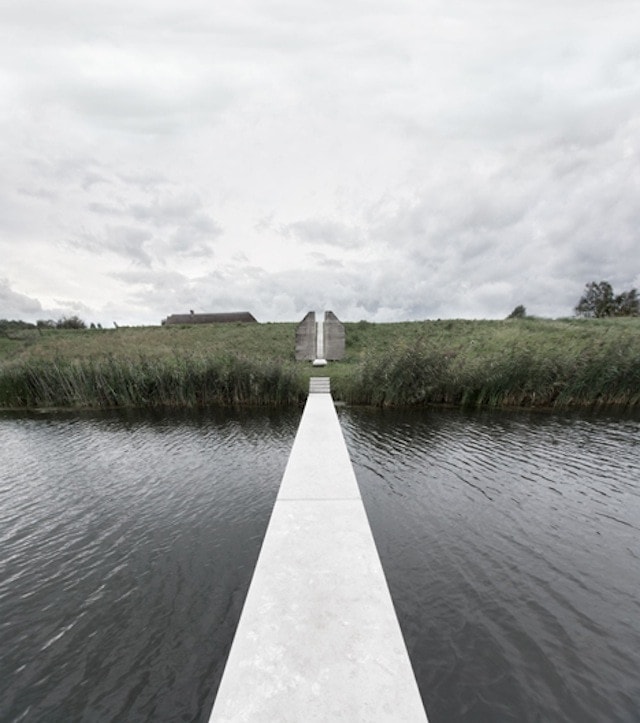 The dock extends onto the water. 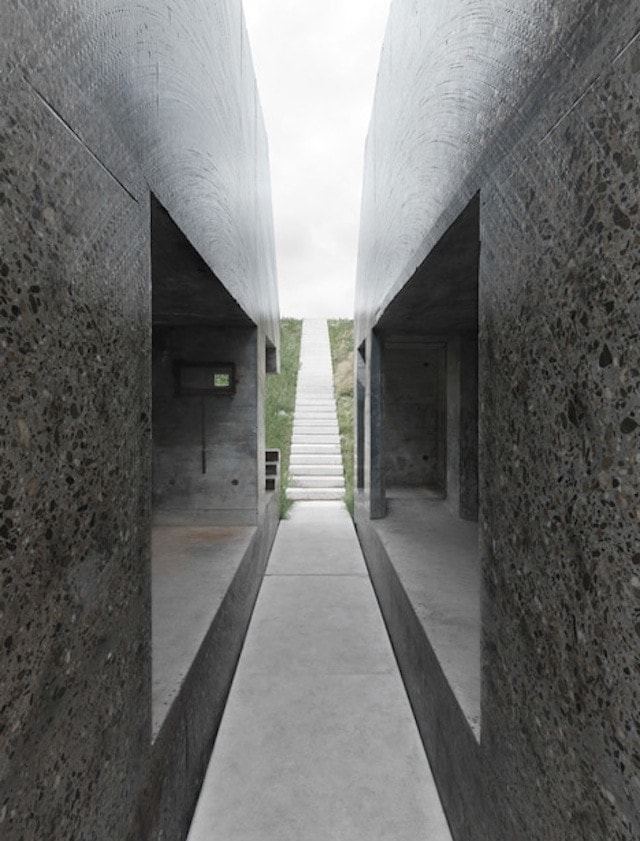 The once sarcophagus-like bunker has been opened up to see the light of day. 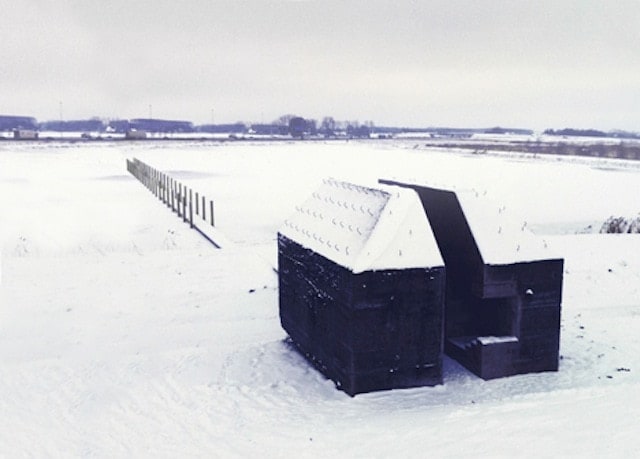 A photo of bunker 599 covered in snow.