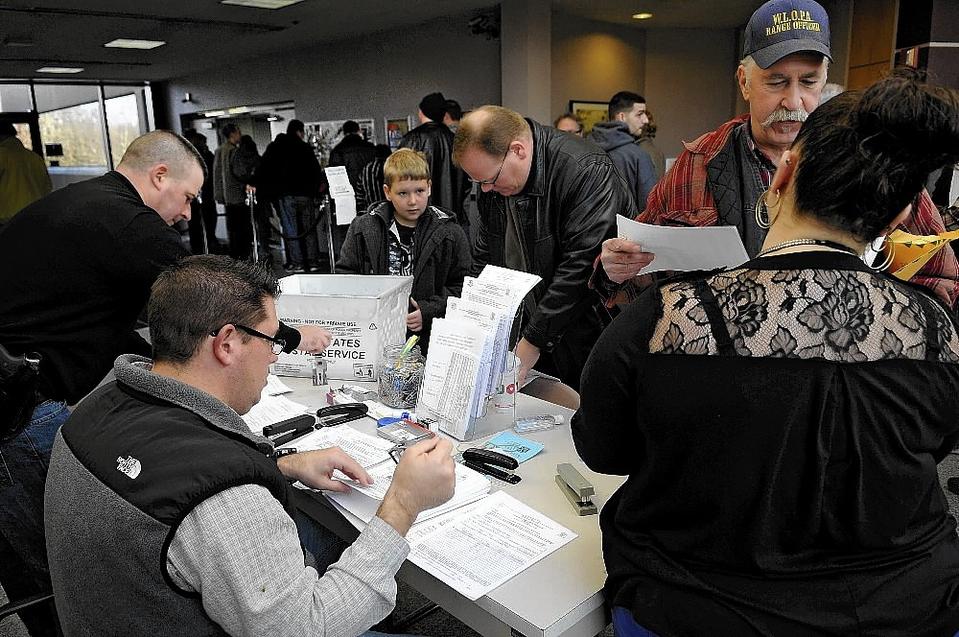 The state has had a ban very similar to the expired Federal Assault Weapons Ban since 1994. However, more than 100 new models were added to this ban in April 2013, following the mass shooting at Sandy Hook Elementary in Newtown, Connecticut.

The new law also further limited the number of allowed features. Even if not banned by name, any semi-automatic rifle or pistol that can accept a detachable magazine and has at least two of five specified features (telescoping stock, pistol grip, forward pistol grip, flash suppressor, or grenade launcher) became a contraband firearm.

Any person found with an unregistered assault weapon or magazine in the state after Jan. 1, 2014 is looking at a $90 fine for the first offense. Subsequent violations can be classified as a class D felony punishable by up to five years in prison and/or a $5,000 fine.

This of course did not stop long lines of last minute state residents from queuing up through the Christmas season to make sure the state had their guns on file.  This even led some to state that images of residents waiting to register ‘looks like Weimar Germany,’ in reference to perceived gun control in pre-Hitler Germany.

With a population of about 3.5-million, this is almost one gun registered per 70 residents in, ironically enough, a state whose nickname is the Constitution State. 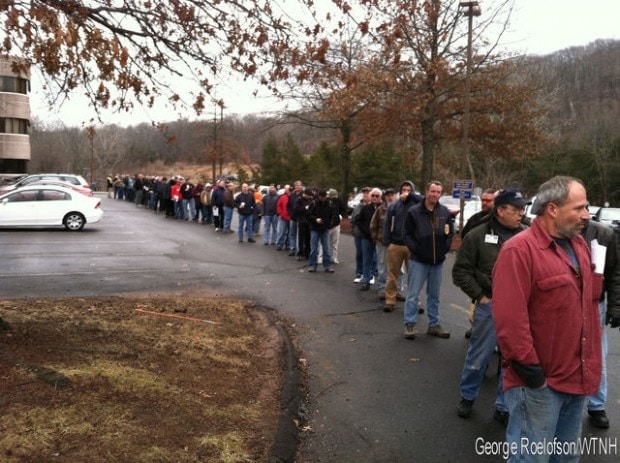 In some places the lines were chillingly long to register. (Photo credit WTNH)

In contrast to the number of weapons registered, only 38,290 ‘Large Capacity Magazines’ (LCM) were recorded by the CSP. The state currently considers any magazine capable of holding more than 10 rounds as ‘large capacity.’

This backlog of newly classified and enumerated firearms resulted in an accidental jobs program with at least 11 new state employees hired to handle the paperwork.

Scott DeVico, spokesperson for the Department of Emergency Services and Public Protection, the agency overseeing the registration, commented, “As evident by the long lines and the buckets of mail we received, this was a very big, but successful, process.”

“The employees of the Department of Emergency Services and Public Protection take our responsibility of implementing the laws of the state of Connecticut very seriously and should be commended for the work they performed to implement this process,” DeVico said in an email.

State residents hoping for change in coming elections were disappointed this week when Republican gubernatorial candidate Tom Foley told hundreds of Connecticut gun owners that he would veto future gun-control restrictions if he is elected governor, however, making no mention of repealing the new law.