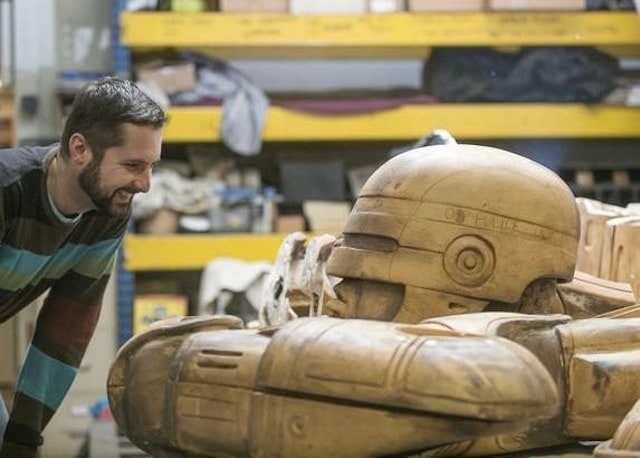 Molds will soon be created to cast the 10-foot-tall RoboCop out of bronze.

A statue of RoboCop being built in Detroit has moved into the next phase of construction, just weeks before the reboot is set to hit theaters.

After months of painstaking work, the larger-than-life piece of art is ready to move into the final stages of development. Molds will soon be created to cast the separate pieces out of bronze, and the assembled cyborg enforcer will tower at over 10 feet tall, Freep reports.

The design for the statue was based off the original RoboCop from the 1987 film. Artists carved out the fictional Detroit cop’s likeness from foam, and then the molds will be created to capture the minute details, like texture in the armor.

“The most important part is now,” said Giorgio Gikas of Venus Bronze Works in Detroit.

The statue is slated to be installed by the fall, but the new “RoboCop” movie will be released Feb. 12. 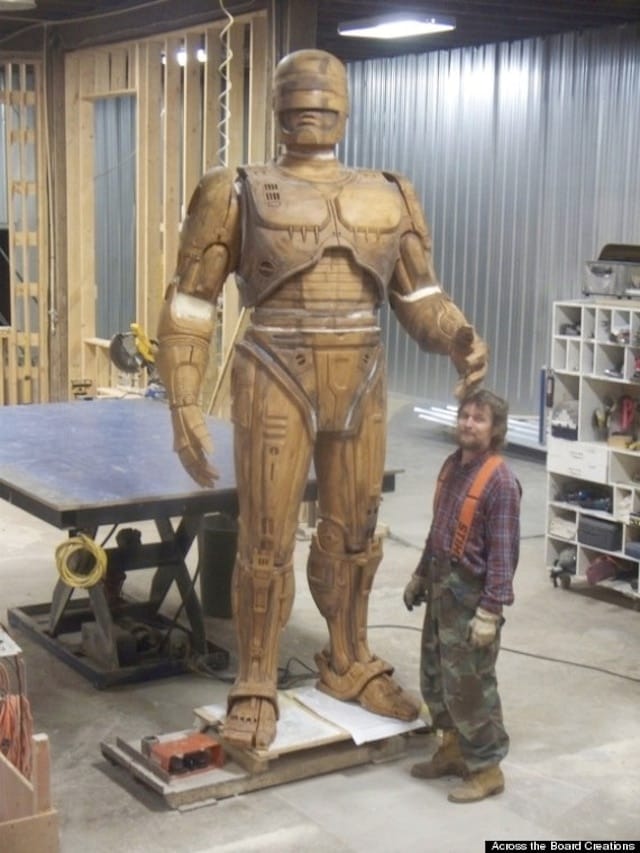 Attention to detail – the casts will capture the minute features, like texture in the armor and even RoboCop’s teeth.