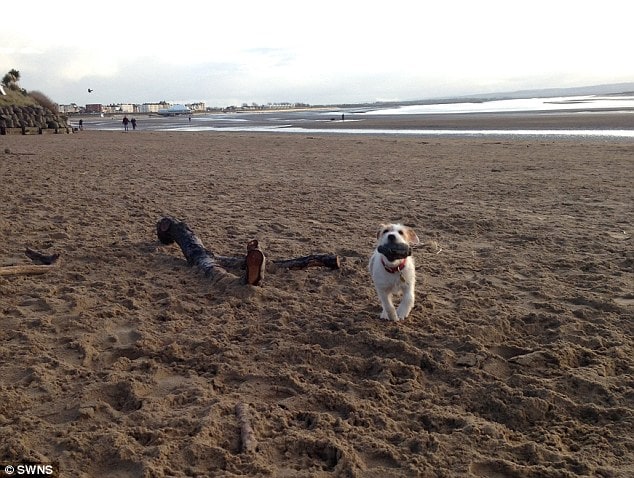 Thatcher raced towards Simonds with his teeth wrapped around hand grenade.

A woman in England who was playing fetch with her dog was shocked when the pup brought back a “hand grenade” instead of a ball. 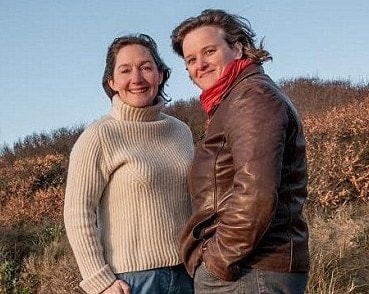 Simonds, right, pictured with her civil partner, Sarah, said that for a moment she was in fear for her life.

While taking a walk on the beach in Burnham-On-Sea, 40-year-old volunteer Coastguard Rescue Officer Beverley Milner Simonds played fetch with her dog, Thatcher. She threw a ball, but was more than surprised when Thatcher brought back what appeared to be a hand grenade instead,” Daily Mail reports.

“I was walking our puppy when I got the shock of my life,’ Simonds said.

Simonds has dealt with explosives while in the Coastguard, and was scared when she saw Thatcher trotting toward her with “ordnance” in his mouth. Upon closer inspection however, she released her fears were unwarranted.

“I reached down to pull her away and saw the crack in the side and realized to my relief that it was just a toy,” she said. “For a split second though, I feared for my life.” 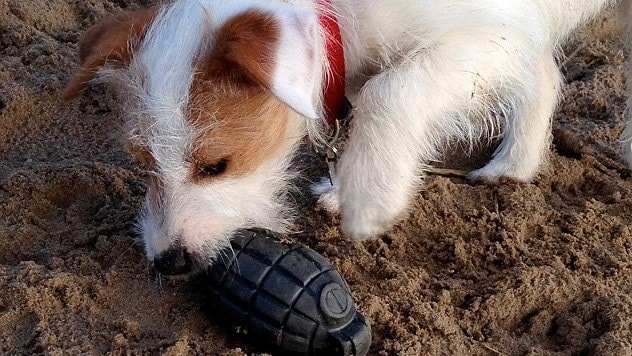 Upon closer inspection, Simond realized her dog had brought her back a toy, and not live ordnance.

According to Tris Newey, Severn Sector Manager for HM Coastguard, finding live explosives on the beaches is a valid concern.

“A number of real ordnance devices have been uncovered on beaches around the country in recent weeks following the storms, so I’m relieved that this particular item turned out to be harmless,” Newey said.

Newey advises anyone strolling the beaches of England that finds “suspicious objects to be cautious and dial 999 and ask for the Coastguard.”