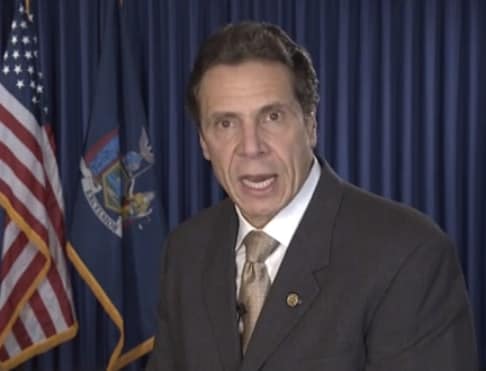 Who exactly is a New Yorker?

Conventional wisdom suggests that it’s simply one who hails from The Empire State. However, from the vantage point of Gov. Andrew Cuomo that term has an exclusionary aspect to it.

To be specific, Cuomo believes that “extreme conservatives,” those who are “right-to-life, pro-assault-weapon, anti-gay” have “no place in the state of New York, because that’s not who New Yorkers are.”

Cuomo made the comments this past Friday on “The Capitol Pressroom” in discussing the apparent “schism” within the GOP between “moderate” and “extreme” Republicans.

Not surprisingly, Gov. Cuomo is taking heat for his inflammatory remarks from high-profile conservatives statewide.

Donald Trump told the New York Post that it was “a terrible statement, an unfortunate statement.”

“It’s hard to believe that he really believes that,’’ continued Trump, who has not yet thrown his hat into the 2014 New York gubernatorial race.

Another 2014 gubernatorial hopeful, Westchester County Executive Rob Astorino, was also quick to jab Cuomo for his comments, call them “just the kind of intolerance that is directly opposite to what Dr. Martin Luther King Jr. preached.”

“New York’s greatness comes from accepting people of differing points of view,” continued Astorino. “What Andrew Cuomo has revealed by these statements is his true self, because we see just how angry and radical his views are.’’

In a follow up response that appeared in the New York Post on Sunday as a open letter to the editor, the Cuomo camp tried to play down the divisive nature of the governor’s comments.

“It is clear that the governor was making the observation that an extreme right candidate cannot win statewide because this is a politically moderate state (either moderate Republican or moderate Democratic),” stated the letter.

“In the same response [during the radio interview], the governor went on to say ‘it is fine’ to be anti-gun control, and anti-choice — as he respects both positions.”

From a gun owners perspective, perhaps the best way to judge Cuomo is not on his words, but on his actions.

Cuomo was the driving force behind the NY SAFE Act, the sweeping gun-control law that expanded the state’s ban on so-called ‘assault weapons,’ placed a confiscatory ban on magazines that hold more than 10 rounds of ammo, created a universal registration requirement for newly defined ‘assault weapons,’ among other onerous requirements for law-abiding gun owners.

While Cuomo say he respects gun owners and their beliefs about the Second Amendment, one can argue that his legislative history says otherwise.