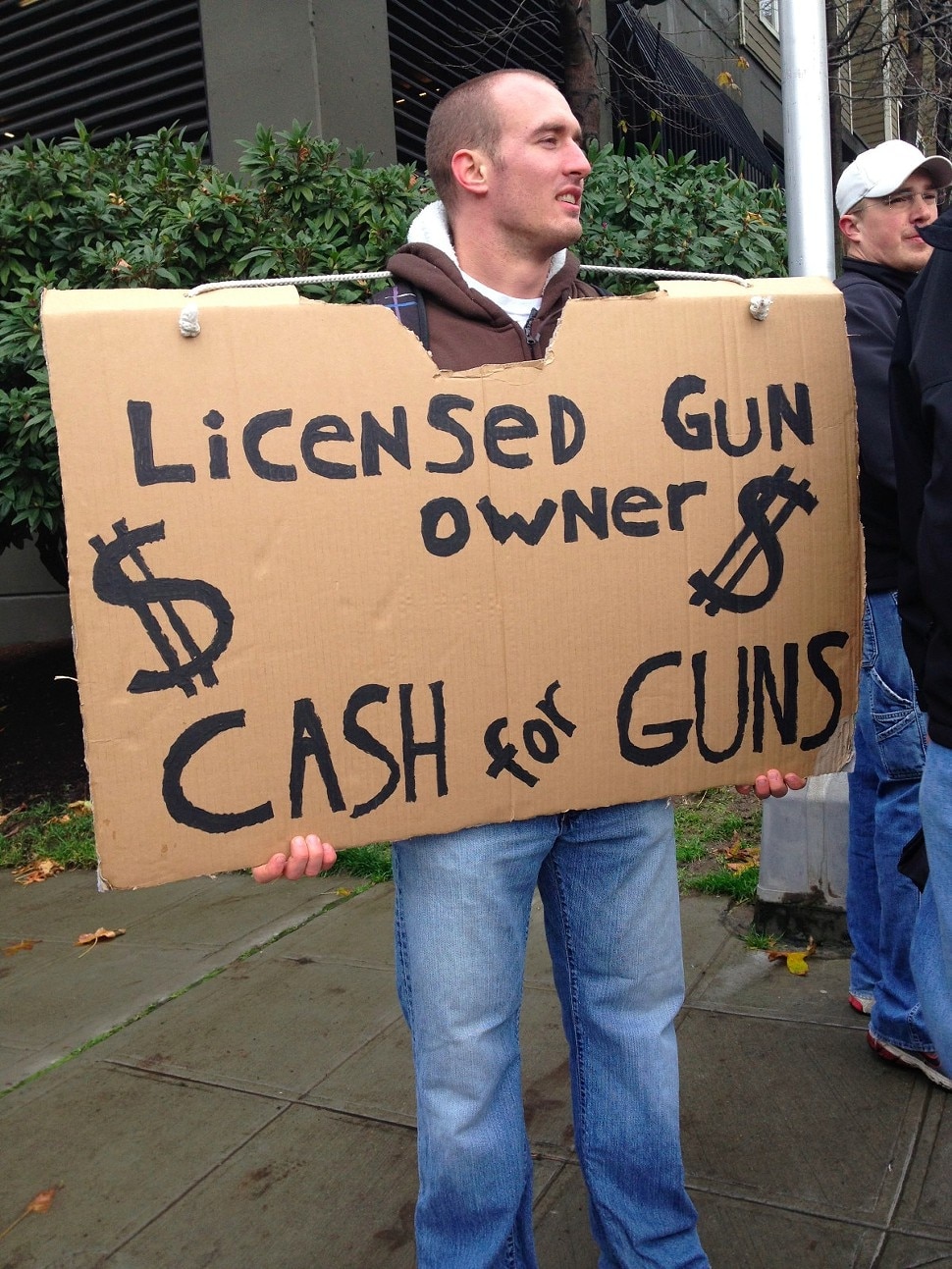 Many collectors looking for good deals are putting in work near local gun buyback events to save classics from the torch. (Photo credit: Seattle Times)

With gun buybacks on the rise nationwide, many enterprising collectors are making rounds at these events looking to snatch rare firearms from the jaws of the scrapper.

Fueled, perhaps, by news from numerous events in which exceedingly rare and valuable guns are being traded in for gift cards, flu shots, and vouchers for groceries, gun buyers are increasingly in attendance, eager to make a deal.

Fox News caught up with one of these collectors, 24-year old Schuyler Taylor who has been attending buybacks in the Seattle area.

“My goal was to go down there and see if I could find something that I felt should be preserved instead of it going into a melting pot,” Taylor said, “Many of the people who come to the buybacks to trade in are often naive. They don’t realize that they have an heirloom.”

In Los Angeles last month and in Connecticut in 2012, WWII era StG44 rifles appeared. Most likely brought back as war trophies by U.S. G.I.s, these rare guns run over $30,000. The Connecticut rifle was saved from the shredder and sold to a collector while the fate of the L.A. gun is unknown following the exchange at the buyback. 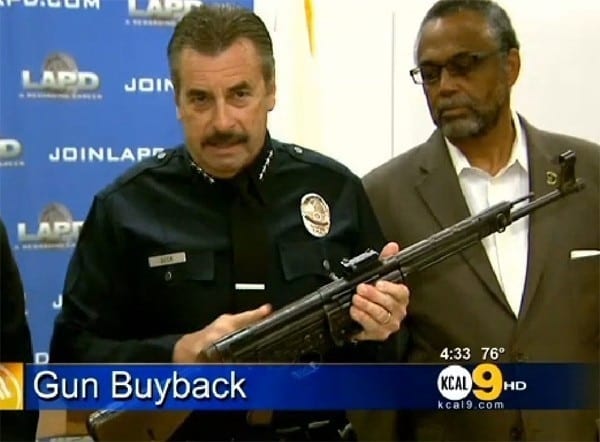 The revolver that Teddy Roosevelt carried in his famous charge up San Juan Hill during the Spanish American War was turned in at a buyback in 1993. Stolen from a museum three years before, the old .38 Peacemaker was exchanged for a crisp $20 bill.

It’s these instances and others like it that has some seeing green.

Last January, Seattle’s first gun buyback in twenty years morphed into an impromptu gun show as several collectors lined up outside the event with signs. Some even went so far as to wave cash.

One man jumped out of his vehicle as he was waiting in bumper-to-bumper traffic at the buyback and asked how much the gun enthusiasts and collectors were willing to pay for his three guns. He pocketed $500.

The logic in these buybacks has been questioned in numerous reports which frequently contend that the majority of guns taken in at buybacks are from demographics unlikely to be involved in crime.

Further, in many cases, the guns are non-functional. In the ultimate irony, pro-2nd Amendment groups have turned in valueless broken and junked guns to help fund youth shooting programs as the buyback paid far more than what the pieces were worth.

Meanwhile, collectors in many cases have a chance to ‘cherry pick’ guns before they are brought in.

A Phoenix buyback event last summer was heavily documented by a pro-gun blogger. Their haul included a nice Walther P-38 among others.

In Atlanta recently, collectors proved steady competition to a buyback organized by the city in conjunction with the NAACP and local churches. Instead of taking the $10-100 payments for their guns, many entertained offers from a line of would-be buyers across the street.

One of these, David Daum, caught the attention of some people before reaching the Turner Field parking lot where the buyback was taking place. 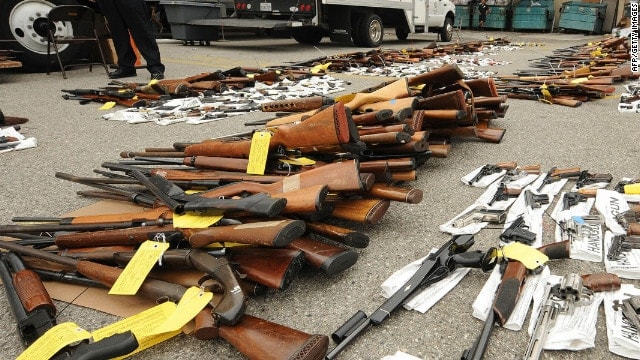 While many guns taken in at these events are broken or junk, there are some pearls in those oysters.

“I personally just collect, restore. My personal preference is antique firearms,” explained Daum. He said his reason for being out there was preservation. “Being a collector, especially trying to keep some of the historical firearms from being melted down and destroyed.”

Reddit even has a listing of buyback events posted specifically so that collectors can buy them before they are destroyed. There are nearly 300 subscribers to the channel, which states in its preamble, “Please include any links with further details about the event or a meet up spot for buyers to assemble prior.”

These are, after all, buybacks, it’s just flexible as to who the buyer is.  A gun show by any other name would smell as sweet.