Indiana police chief, sheriff hopeful shoots self for second time: 'What a way to get publicity' (VIDEO) 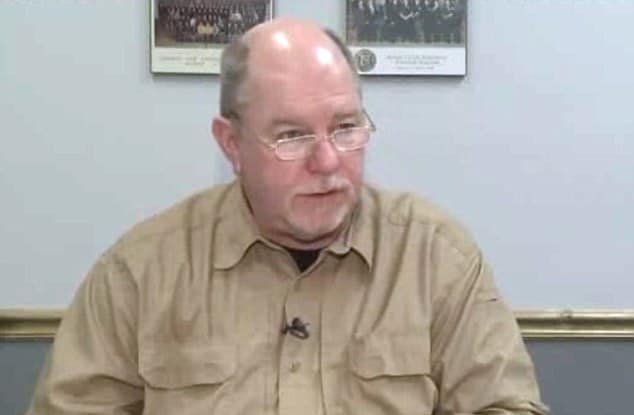 They say there’s no such thing as bad publicity, but perhaps Connersville, Indiana, Police Chief David Counceller would beg to differ.

The 60-year-old chief, who is currently making a bid to become the next sheriff of Fayette County, shot himself in the leg this past Saturday, marking the second time he has accidentally wounded himself with a firearm during his 34-plus year career in law enforcement.

For someone looking to eventually secure votes and become the Republican nominee for the county’s top law dog, the incident is certainly embarrassing.

“Some candidates are out there doing things for kids to try to get elected,” explained Counceller to the The Palladium-Item. “Me, I shoot myself. What a way to get publicity.”

Counceller shot himself in the leg while comparing his Glock, 40-caliber handgun with a newer Glock model at Wullf’s Gun Shop.

“It got tangled in my clothing,” Counceller said. “I was wearing a sweatshirt and a fleece jacket. I felt (the gun) go in the holster and I pushed it, but it was tangled in the material which caused it to discharge. The bullet went into my leg and then into the floor.”

Following the discharge of the weapon, Counceller drove himself to the local hospital, Fayette Regional Health System, where staff treated his leg wound.

“It is an entrance and exit wound,” Counceller said. “I’m really lucky. It doesn’t even hurt. I’d have been at work (Monday) if it wasn’t Martin Luther King Jr. Day. I’ll be back at work on Tuesday.”

At least one person came to Counceller’s defense, Connersville Mayor Leonard Urban who blamed, in part, the Glock for the accident.

“It was just a little accident. Dave is an excellent marksman,” Urban said. “Apparently the Glocks don’t have the trigger safety that they should have.”

As mentioned, this is not the first time Counceller has accidentally shot himself. A similar incident happened approximately 15 years ago.

“I was working third shift as a captain. I was unloading (the gun) to take it to the gunsmith and I didn’t drop the barrel to see if there was (a bullet) in the chamber,” Counceller said. “The shot hit my hand. That one really hurt.”

Looking ahead, Counceller believes the accidents should serve as a reminder to himself and as a teachable moment to others that one should always handle firearms with extreme care.

“I need to pay more attention,” Counceller said. “I know what the dangers are. It was pure carelessness on my part,” adding “If anyone says this could never happen to them, they’re mistaken. You have to keep your guard up at all times.