Smith & Wesson announced late Wednesday that they will no longer market new semi-automatic pistols for sale in California due to the state’s microstamping law.

California currently requires that all handguns sold in the state be approved to meet all current laws and added to a roster. Once approved, the manufacturer has to pay $200 per model, per year to remain on the list. However, if the laws change, such as the state’s recent implementation of microstamping, the guns on the list would have to be reexamined.

There are currently 1,152 approved models in the state’s database. In an alert sent out by the Calguns foundation last week, this is expected to nosedive dramatically in the coming years.

In a statement released from Smith yesterday, “Smith & Wesson does not and will not include microstamping in its firearms. A number of studies have indicated that microstamping is unreliable, serves no safety purpose, is cost prohibitive and, most importantly, is not proven to aid in preventing or solving crimes.

“The microstamping mandate and the company’s unwillingness to adopt this so-called technology will result in a diminishing number of Smith & Wesson semi-automatic pistols available for purchase by California residents,” it continued.

The company maintains that it will continue to submit revolver designs to the state’s roster for approval as microstamping does not currently apply to revolvers. 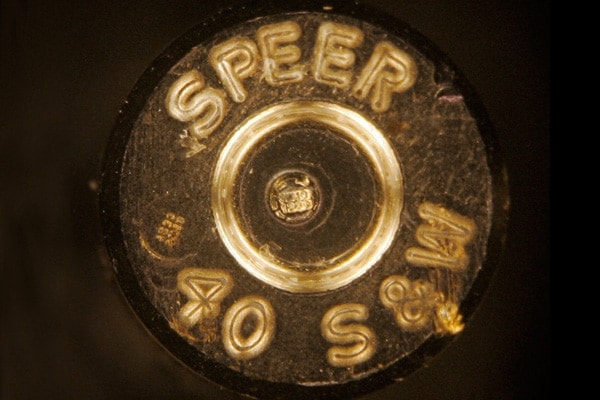 The concept behind microstamping is considered flawed by those who would have to implement it. (Photo credit: Calguns Foundation)

The concept of microstamping of firearms was passed into law in California seven years ago but only in recent months took effective. That 2007 law requires new firearms sold inside the Golden State to have the capability to permanently mark shell casings fired through the gun with an identifying mark, in effect, creating a serialized shell casing that could be tracked back to the gun that fired it.

Such shell casings, if recovered at the scene of a crime, could in theory help point to the specific gun that fired them.

The technology to do this, according to a lawsuit brought last week by SAAMI and NSSF, has yet to be perfected. In a test conducted by the University of California, Davis, only 20 percent of casings recovered from microstamped firearms were legible. Furthermore, it has been acknowledged that the parts inside the gun responsible for producing the stamps could be defaced or replaced with ease.

In fact microstamping is seen by many in the firearms industry and pro-Second Amendment groups to be a means to bring about an incremental ban on guns since they would not be able to meet the new, raised standard.

Last week Guns.com caught up with Ruger CEO Mike Fifer at SHOT Show 2014 and asked him about Ruger’s decision on halting California sales. 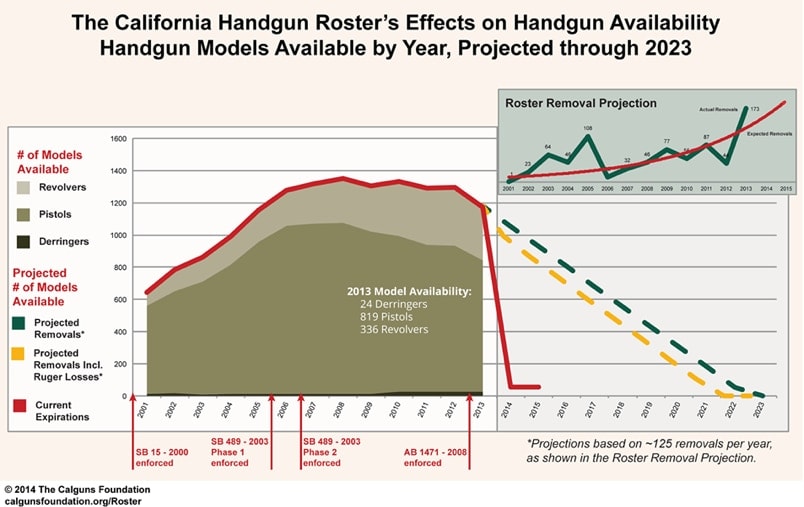 Cody Jacobs, a staff attorney for the Law Center to Prevent Gun Violence in San Francisco, dismissed objections to the law .

Jacobs said manufacturers will adopt the technology to stay in the state.

“California is a big market for guns and it will continue to be. The law is not perfect … but it’s a step in the right direction.”

Notably, both Ruger and Smith & Wesson, unlike most gun companies in the United States, are publicly traded. This brings up the inevitable problem of having to explain to stockholders why they cannot sell their products to 12 percent of the U.S. population.  That’s when the discussion on the flawed technology behind microstamping could get very real for these industry leaders.

It is why we filed suit recently against the state of California to enjoin enforcement of the microstamping law that cannot be complied with because the concept is flawed and the so-called technology does not reliably work.

Even the patent holder in a 2012 study acknowledge microstamping should not be mandated and instead should be subject to further study.

As we told the California legislature in 2007 when they were considering the bill, microstamping will result in a gun ban.  Now that the law has been implemented the ban is taking root.