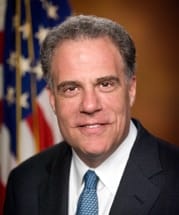 Michael E. Horowitz was confirmed as Inspector General for the Department of Justice (DOJ) by the U.S. Senate on March 29, 2012. (Photo credit: DOJ)

The Bureau of Alcohol, Tobacco, Firearms and Explosives has got some explaining to do before Congress regarding the agency’s use of “rogue tactics” that seem to both defy common sense and endanger public safety.

Last week, the U.S. House Committee on Oversight and Government Reform and the House Judiciary Committee announced that they plan to look into storefront sting operations in Milwaukee and in other places around the country (Portland, Oregon; Wichita, Kansas; Albuquerque, New Mexico; Atlanta, Georgia; and Pensacola, Florida) that employed questionable practices.

Among the list of debatable strategies was tricking mentally disabled people to execute their plans for illegally purchasing firearms, only to later turn around and arrest them, as Guns.com previously reported.

The ATF also used such goodies as video games, pot, alcohol and provocatively dressed, flirty female agents to entice unknowing underage teens into participating in their operations, only to bust them later for the same activities that the undercover agents encouraged. In addition, many of these operations were being held in so-called “safe zones” near schools and churches.

“I feel misled,” U.S. Rep. Jason Chaffetz (R-Utah), chairman of the Subcommittee on National Security, told the Milwaukee Journal Sentinel. “This has risen to a level of concern that it demands real answers from the senior-most people at ATF and the Department of Justice.”

Chaffetz was sharply critical of the decision by Portland agents to persuade two 19-year-olds to get tattoos on their necks to promote the logo of the faux storefront.

“What right-minded adult sits up and says, ‘Yeah, that sounds like a good idea?’ Come on. Have some common sense along the way,” Chaffetz said. “No doubt the work is difficult and you are diving in deep with nefarious characters, but there needs to be a little adult supervision in the room.”

Meanwhile, I.G. Horowitz told the House Oversight Committee that he will look into the matter.

“We are looking at those issues because there are so many,” Horowitz said Wednesday. “We are trying to get our arms around what is out there…. We will inform the committee of what steps we are going to take in light of this.”

The ATF is an agency already under fire, particularly for Operation Fast and Furious, the fatally-flawed gunrunning program that sent upwards of 2,000 firearms south of the border, many of which landed in the hands of known cartel operatives. At least one of those firearms linked to Fast and Furious was found at the murder scene of U.S. Border Patrol Agent Brian Terry.

The embattled ATF was supposed to regroup and reform its leadership in the wake of Fast and Furious to ensure bad practices and rogue tactics were a thing of the past. It appears it is struggling to right the ship.

“The fact that we are having the same type of problem at ATF is very disconcerting, to say the least,” Chaffetz said. “The Obama administration is going to have to demonstrate they are making serious reforms and changes.”

“They have to do difficult things to catch the bad guys, but this type of activity is just not acceptable,” he concluded.

H/T to the Milwaukee Journal Sentinel for its fantastic investigative work on this story.