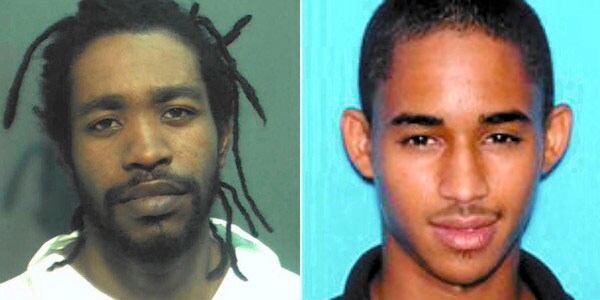 An Orlando man is facing second-degree murder charges after he pursued and shot a young man who he suspected was a burglar. However, according to police documents obtained by the Orlando Sentinel, the man claims he only shot the suspect after he was attacked and feared for his own life.

It was just before noon last Thursday when 32-year-old Claudius Smith was in his apartment and his girlfriend noticed a young man wearing dark clothes and “walking around his yard” on the home’s video surveillance monitor. The man was also seen climbing over the fence into the apartment complex.

The area had seen a number of burglaries recently and Smith later told police that “he was certain the unknown male was responsible.”

Smith, who has a valid concealed carry permit and, according to his girlfriend, often carries a .45-caliber handgun, left his home to confront the young man.

As Smith approached the man, who was later identified as 21-year-old Ricardo Sanes, he noticed him “looking into windows of apartments as he walked past them.”

Smith admitted to authorities that he pulled his gun while confronting Sanes, who originally attempted to walk away, but Smith pulled on the young man’s hooded sweatshirt in an effort to detain him while “the police could be called.” However, according to Smith, Sanes then “punched him in the mouth and grabbed for his gun.”

At that point, fearing for his safety and believing that Sanes was armed “because his pants were falling down” and his hands were in his pockets, Smith fired several rounds at Sanes.

When police arrived they found Sanes lying in the grass. He was pronounced dead at the scene. Officers also found a .40-caliber handgun tucked into the crotch area of his pants. It is unknown if Sanes’ gun was legally owned or whether he possessed a permit to carry concealed.

Upon examining the body, authorities also discovered that Sanes had gunshot wounds to his back and the back of his neck – a detail which may tatter Smith’s claim of self-defense. Apparently when the police made mention of this fact to Smith, he indicated they may have been exit wounds.

Smith now faces second-degree murder charges and is being held in an Orange County jail without bail.

While Smith claims he shot in self-defense, there is speculation over whether or not Florida’s controversial ‘Stand Your Ground’ law will be invoked.

“If (Smith) didn’t have probable cause to detain this guy, or make a citizen’s arrest, then everything he did was illegal and he has no ‘stand your ground’ defense,” said Orlando defense lawyer Richard Hornsby.

However, although Bill Sheaffer, legal commentator for a local news station, believes that Smith will face “an uphill battle convincing a jury that it was self-defense,” he still doesn’t completely rule out the possibility of invoking Stand Your Ground.

“It’s available, it’s worked, and lawyers and defendants are always testing the elasticity of ‘Stand Your Ground’ and of self-defense,” Sheaffer said.

Sheaffer also pointed out some similarities as well as glaring differences in the Smith case and the Trayvon Martin shooting, which thrust the controversial SYG law into the media spotlight.

Of course, there’s the infamous hoodie, worn by both Martin and Sanes. Both George Zimmerman and Smith were concerned about recent burglaries in the area and both men pursued who they perceived to be suspects. In addition, Zimmerman and Smith both claimed that they were physically attacked before they fired the fatal shots.

However, unlike Zimmerman, Smith admitted to the police that he attempted to physically restrain Sanes. Furthermore, while Martin was shot a single time in the chest, Sanes was shot multiple times in the back.

If convicted of second-degree murder, Smith could face a minimum of 25 years or up to life in prison.