Daniel Defense, a prominent manufacturer of rifles popular with the military, law enforcement and the consumer markets, has announced a major expansion in Bryan County, Ga. They plan to add a $20 million expansion to their facilities over the course of the next five years.

“We are proud to be among the nation’s fastest growing private companies according to Inc. 500 and 5000 Magazine,” said Marty Daniel, Daniel Defense CEO. “Maintaining the level of growth we’ve experienced over the last 10 years requires a long term vision, continued momentum, while maintaining the level of quality expected by our customers.”

This is part of a push to manufacture their rifles in-house 100 percent. Currently the firm turns to a handful of other premium component and accessory manufacturers like Magpul, who makes some of their furniture and magazines. Without having to rely on other companies will free Daniel Defense to work on their own schedule and take greater ownership of their final product.

The plan calls for the addition of more than 100,000 square feet of floor space in addition to machining, tooling, molding and casting equipment. The expansion will also add more administrative space.

“This is yet another step toward bringing every part of the manufacturing process in-house, which will in turn give us ultimate control over quality assurance,” added Daniel.

This is their second major recent expansion. The Georgia-based company took over a 90,000-square-foot facility in Ridgeland, S.C. two years ago. 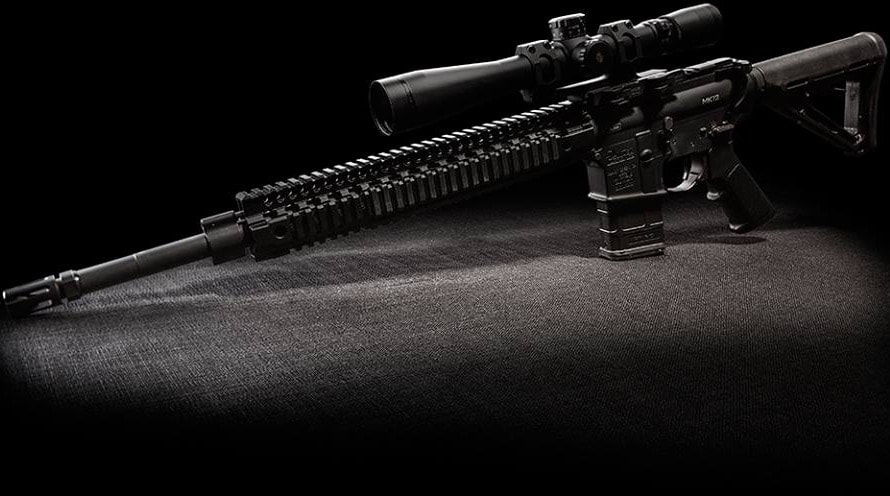 Daniel Defense is adding several new products to their line-up including new rifles and accessories. The new M4 V9 features a new extended 15-inch rail and comes with three barrel options, light, government profile and their new “Strength-to-Weight” 18-inch barrel. They are also adding their first rifle-length ARs with the new Mk. 12.

The big news for 2014 is a new line of Daniel Defense grips and stocks. These polymer parts have heavy rubber over-molding for improved grip texture. This is one of many steps Daniel Defense is taking to make their rifles completely in-house.

They are currently still using Magpul magazines, which no one will hold against them. Here’s just some of what to expect from Daniel Defense this year: