Over 35 years has passed since the real-life “Goodfellas” stole millions during the infamous Lufthansa heist at John F. Kennedy International Airport, but Thursday morning the FBI caught up with the thieves and has placed five of them behind bars. 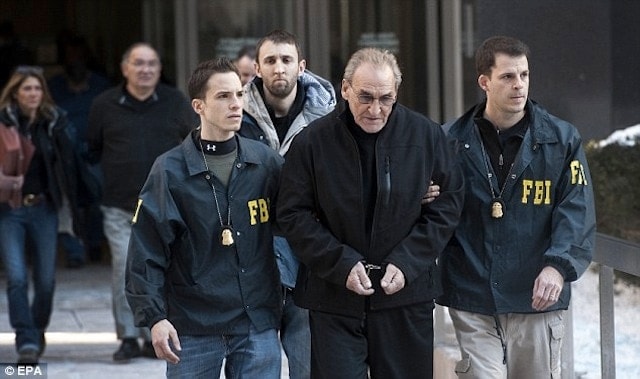 Asaro is led away in handcuffs after being arrested in an early morning raid.

It was Dec. 11, 1978, and James “Jimmy the Gent” Burke, who was played by Robert De Niro in the movie “Goodfellas,” led several members of the Bonanno gang to the Lufthansa Airlines cargo building at JFK Airport. The crime syndicate mastermind and his crew got away with nearly $5 million in U.S. and foreign currency and about $1 million in pure gold and precious jewels, worth a total of $17.9 million by today’s standards. The heist left investigators stumped and it was only the recent discovery of a buried body connected to the case that gave them the break they needed, Bloomberg reports.

In June 2013, the FBI discovered the body of Paul Katz buried in the basement of a vacant home in Queens. One of the leaders of the Bonanno gang, 78-year-old Vincent Asaro, was charged with his murder and the ball started rolling for other arrests.

Many of those involved in the heist never received their share of the money, which may be why some who have been arrested plead guilty and are aiding in the investigation. 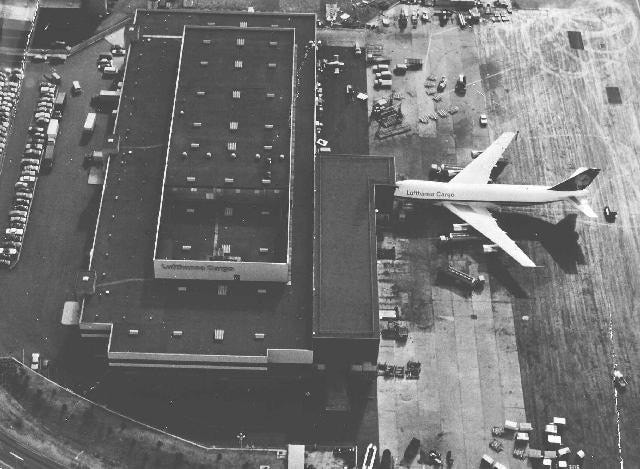 Burke led the Bonanno gang to the Lufthansa Airlines cargo building and made off with over $6 million in cash, gold, and gems.

Burke died in prison in 1996 while serving a 20-year sentence for murdering a drug dealer, but many of his gang have been living as free men in New York, until recently.

To this day, the cash, jewels, and gold from the Lufthansa heist have never been recovered.

Below is a clip from “Goodfellas” that shows the movie’s interpretation of the crew that took part in the Lufthansa heist.