At the 2014 SHOT Show, Ted Nugent spoke passionately about his political beliefs — something he’s known for — gaining attention for his causes and entertaining his fans with one-liners about political adversaries. But he when talked about having a brand of ammo named after him, Ted Nugent Ammo, that was the closest he got to crying.

“To have my own ammo — to a kid who used to scrounge for .22 Shorts to shoot … river rats outside of Detroit — I could shed a tear if I wasn’t so disciplined,” Nugent said.

While Guns.com cannot confidently attest to the quality of the brand, we’ll have to take The Motor City Cobra’s word for it. 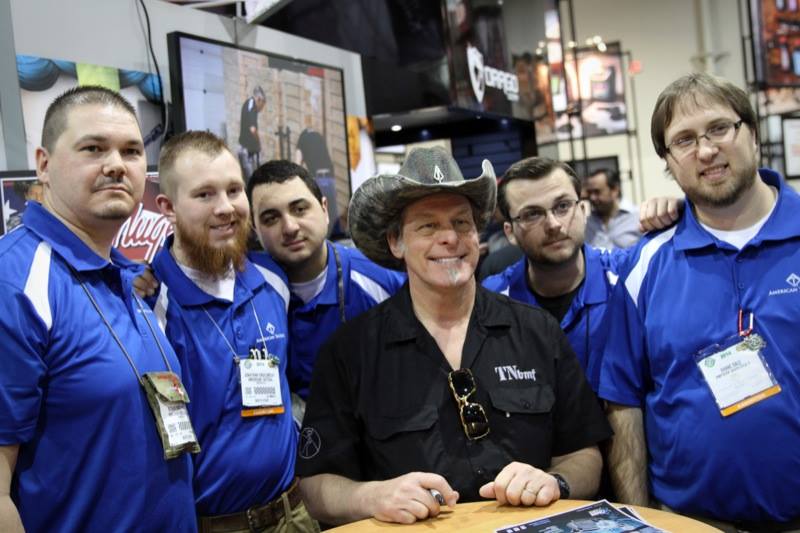 “If these guys played guitar — the guys who made my ammo — if they played guitar, they could be in my band. If these guys who actually make my ammo actually played guitar, they’d probably would have come up with the solo for Stranglehold,” he said and added, “I’m just saying that they’re the best there is and they’re like mad scientists in the ultimate positive sense in that they improvise, adapt, overcome. They push the envelop — in fact, my guys don’t push the envelope, they call in an airstrike.”

Ted Nugent Ammo includes popular handgun and hunting calibers, and shot shells. American Tactical Imports are “the guys” behind the ammo, as they’re the official dealers of the brand.

“They provide life over death to the superior human beings of the U.S. military and law enforcement and that’s their goal, so us — I mean those civilians because I’m a cop — we the people benefit from the demand that these guys place on themselves. So to have my own ammunition is a celebration that I must be doing something right.”