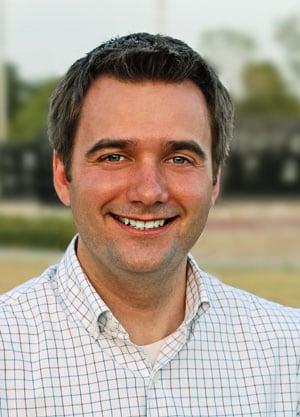 Oklahoma State Sen. Nathan Dahm filed a bill last week pushing for lawmakers to allow law-abiding citizens in the state to carry firearms – openly or concealed – without requiring a license to do so, local media reports.

Just over a year ago, Oklahoma legalized open carry for those who hold a valid carry permit, but Dahm’s bill seeks to push gun rights in the Sooner State one step further.

“The Second Amendment says the right of the people to keep and bear arms shall not be infringed, and yet when we require our citizens to jump through hoops, pay fees and undergo a process that presumes they’re guilty of something until proven otherwise, their rights are being infringed upon,” Dahm explained.

“Senate Bill 1473 simply says Oklahomans can carry firearms in all the places currently allowed by law, but they will no longer be required to obtain a license to do so,” he continued.

While Senate Bill 1473, according to Dahm, aims to “reaffirm Oklahomans’ Second Amendment rights,” it also takes a not-so-subtle jab at CNN host and gun-control advocate Piers Morgan with its name: The Piers Morgan Constitutional Right to Keep and Bear Arms Without Infringement Act.

Mandy Robinson, a mother of two from Enid, Oklahoma, told Guns.com that she backs the proposed legislation.

“I think that this passing could be a great thing for Oklahoma. It will allow people that want to carry a gun more rights,” she said.

But as for the fiery name of the bill, she didn’t find the shot at Morgan quite as impressive.

“I personally feel like the name of it is stupid. Piers will probably be filing a lawsuit soon that they used his name,” she added.

Apparently, Morgan wasn’t too impressed either and took to Twitter Thursday afternoon to express his dislike of the proposed changes to the loosen gun restrictions in the state.

“Unbelievable” was Morgan’s first reaction, followed by the tweet, “Come on my show and debate your new ‘Piers Morgan Act.’ If you have the guts.” An invitation which Dahm accepted.

Hi Senator @NathanDahm – come on my show and debate your new ‘Piers Morgan Act’. If you have the guts. https://t.co/zJIJYEbuwE … …

@piersmorgan Received the email invite from your producer. Working out the details but it looks like Monday evening. We can discuss it then.

It’s on > MT @NathanDahm @piersmorgan Received invite… Working out details but looks like Monday evening. We can discuss it then.