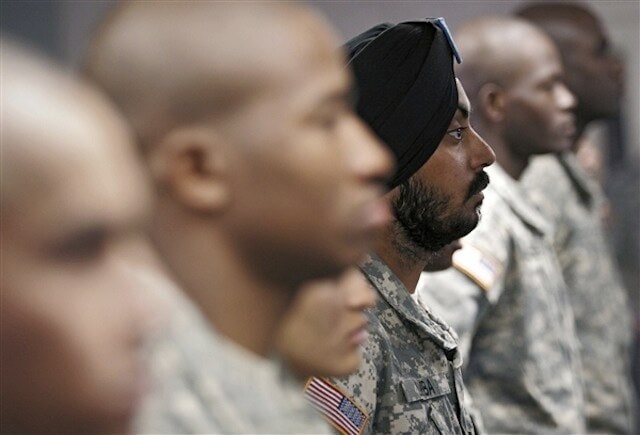 After a new rule handed down by the Department of Defense, exceptions in uniform regulations will now be made for troops with religious requirements.

The Pentagon loosened uniform rules and regulations for U.S. troops Wednesday, allowing exceptions to made for religious apparel and facial hair.

The new edict was handed down by the Department of Defense and is split into several different categories including clothing, facial hair, religious tattoos and piercings. In each instance, the deviation from the normal uniform standards will be permitted so long as they don’t have an “adverse effect on military readiness, mission accomplishment, unit cohesion, and good order and discipline,” Fox News reports.

“By promulgating this new instruction, we believe that it will enhance commanders’ and supervisors’ ability to promote the climate necessary to maintain good order and discipline, and would reduce both the instances and perception of discrimination among those who religious expressions are less familiar to the command,” said Pentagon spokesman Lt. Cmdr. Nate Christensen.

“The Department of Defense places a high value on the rights of members of the Military Services to observe the tenets of their respective religions and the rights of others to their own religious beliefs, including the right to hold no beliefs,” he continued.

According to NBC News, the change in policy is part of the U.S. military’s ongoing effort to accommodate the “individual expression of sincerely held beliefs” of American troops, regardless of religious belief.