An audio recording reveals a Purdue University professor was cracking jokes about Tuesday’s school shooting, as it was happening.

Cody Cousins, a 23-year-old student at Purdue University, gunned down 21-year-old Andrew Boldt inside the university’ electrical engineering building. In a recently released audio clip, Purdue Professor Rebecca Trax can be heard making light of the situation as it transpires. 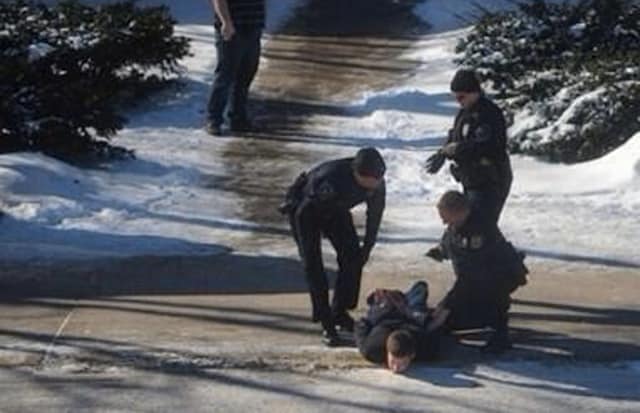 Students ask Trax to close and lock the classroom door, but she coolly replies, “You know, I think you’re better off in here. We’ll close the doors, if anyone comes in who wants grab him? Go after him.”

Cousins left the building shortly after fatally shooting Boldt. He was later arrested and charged with murder.