Video was recently released of the Brisbane mall gunman who was shot by a volley of rubber and real bullets last year. 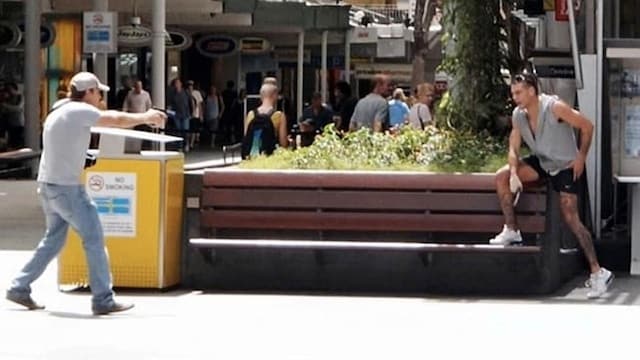 Lee Matthew Hillier, right, brought a Brisbane mall to a standstill after brandishing a gun.

On March 8, 2013, 35-year-old Lee Matthew Hillier brandished a gun at Brisbane’s Queen Street Mall, sending the area into lockdown. After a 90-minute standoff with police, Hillier was shot multiple times with less-than-lethal rubber bullets and live rounds. After being treated for his wounds he was taken into custody and has recently been sentenced to four-and-a-half years in jail, ABC reports.

Throughout the standoff with police Hillier begged to be shot and at several points even held his gun to his head. However, it was later discovered his firearm was unloaded and he had no ammunition on his person.

District Court Judge Terry Martin said Hillier had a “savage” drug addiction and was in “great mental turmoil” at the time, but didn’t let that act as an excuse. 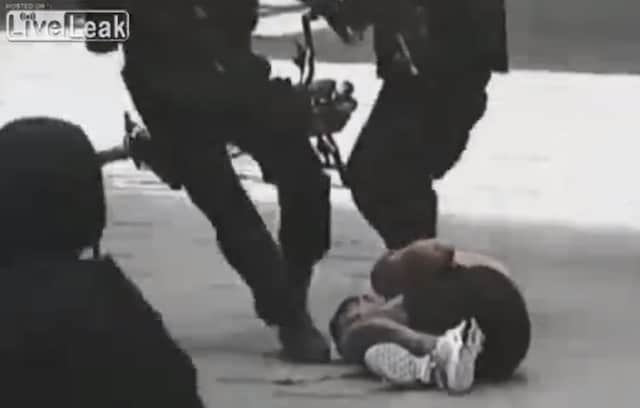 After a 90-minute confrontation with law enforcement, Hillier was shot multiple times with rubber and real bullets.

“As a result of your failure to get your life in line, you have inflicted suffering, loss and inconvenienced a great many members of the community over many years,” Martin said.

Martin also praised the police involved in the shooting, saying their high level of professionalism and courage was the reason Hillier didn’t die that day.