Introducing the G2 Research RIP, the Radically Invasive Projectile. It’s a new take on self-defense ammunition designed to penetrate and fragment even through layers, dumping it’s energy quickly into the target, with the end goal of maximizing the “stopping power” of the standard 9mm cartridge.

Designed for the commercial market and law enforcement use, each RIP bullet is precision-machined from solid copper, using a completely unique design with eight pointed tines — trocar tips — that shear off after hitting their target.

After separation the tines travel in a semi-circle, maximizing the chance that they strike something vital.

And while the separated sharp tines go in all directions, the base of the bullet continues to penetrate in a straight line, achieving a very respectable 14- to 17- inch penetration range. The FBI recommends a minimum of 12 and a maximum of 18 inches of penetration for law enforcement duty ammunition. 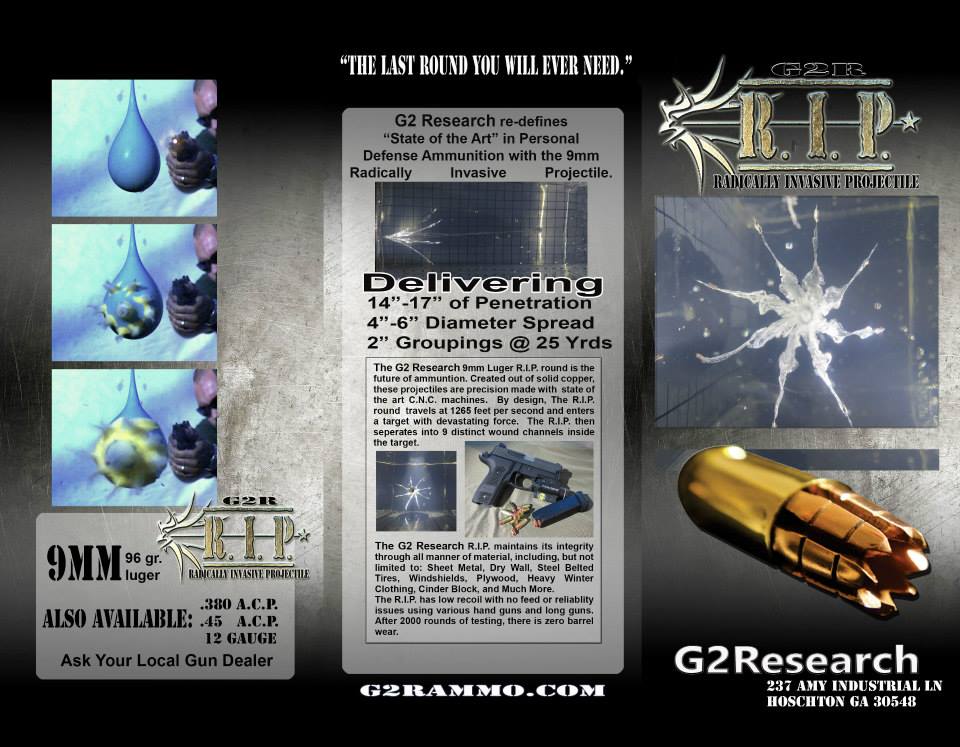 “It is capable of going through barriers such as sheet rock, plywood, sheet metal or glass and still performs its original intent. The bullet shreds through solid objects and only then, expands its energy.” said G2 president Cliff Brown to the Blaze.

“I’ve been in the ammunition business for many years and I wanted to create a round that would work well against a home intruder — there were so many stories out there about a woman trying to defend her home and having to shoot someone five or six times and they’d still come after her — we wanted to create an effective one-shot manstopper.”

Before separation the nose of the bullet act like a saw blade that cuts through barriers and cover garments, but is not armor-piercing. In fact, the ammunition was specifically designed such that it can’t punch through NIJ IIIA-rated body armor. The lead-free construction also safeguards the design against any possible regulation for environmental reasons, for those so concerned. 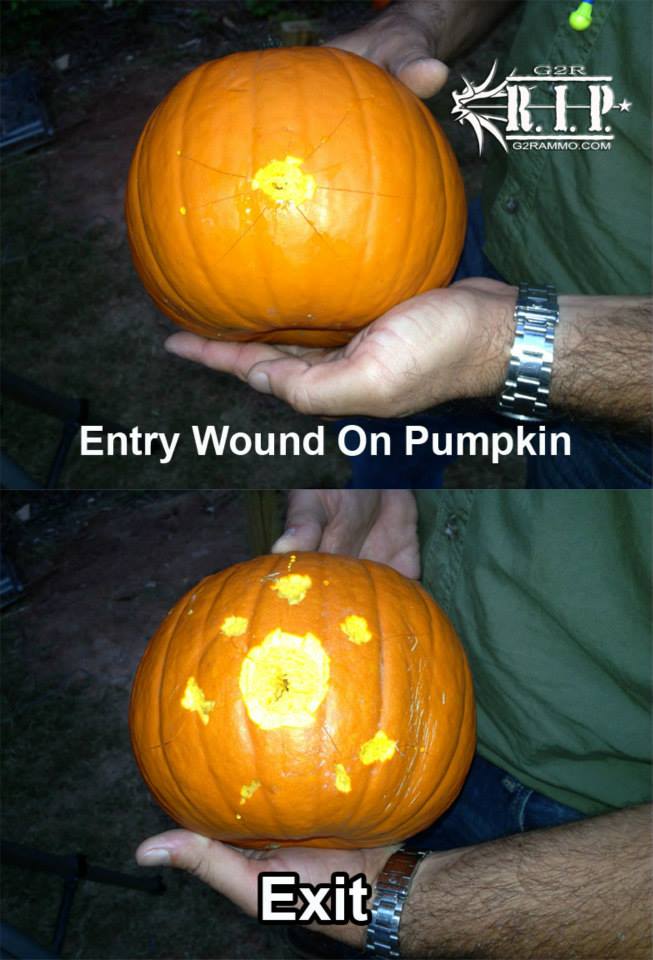 According to G2 Research, the RIP projectiles have excellent penetration through heavier materials as well, like sheet steel, plywood and auto glass. They have submitted their ammunition to the FBI for ballistics testing, so they’re really standing behind their statements. So far they have reported zero feeding problems and no increased wear through their first two thousand rounds of testing.

The ammo was announced at SHOT Show and they’ve already sold out of their first run. It will be “a few weeks” before they’ll have another batch ready, according to their Facebook page.

Currently the ammo is available in 9mm Parabellum only but G2 Research plans to expand to other popular cartridges by the second quarter of this year, starting with .380 ACP and .45 ACP. They plan to follow up with .40 S&W, .357 SIG and 10mm Auto and have a 12-gauge slug in the works.

The ammo is fairly hot, with their 9mm clocking in at 1,265 feet per second, generating 490 foot-pounds at the muzzle. It will be interesting to see what’s in the pipe for the other calibers. G2 claims the ammo is capable of making two-inch groups at 25 yards.

This unique ammo comes at a price: $44 for a box of 20, specifically. This is easily some of the most expensive self-defense ammo on the market, especially for a newcomer with a relatively unproven product, but it is understandable for ammunition with individually CNC-machined bullets.

Still, it’s clear they’re having no problems moving the ammo even at that premium. Even though the ammo has no track record, and a design that already has a lot of people saying it’s a gimmick so far, it’s got an aggressive look that’s new and showy, even a little scary to some.

This ammo is the opposite of good ol’ lead. But G2 is positive that modern machining and manufacturing can improve the effectiveness of projectiles, and maybe they’re on to something. For more, head over to the G2 website.

Insightful or insidious? Is RIP ammo a game-changer or a gimmick? Tell us what you think.